Paul Greenberg  |  Dec 01, 2010
The opinions expressed by columnists are their own and do not necessarily represent the views of Townhall.com.
Top Columns
Trending on Townhall Media 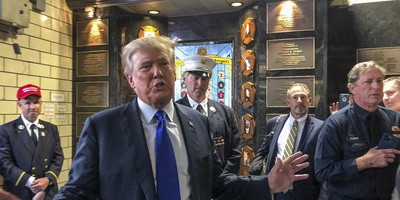 This evening we light the first candle on the Chanukah menorah, for it's the first night of this minor eight-day Jewish holiday that's become a major one over the years. There are blessings to be recited, songs to be sung, latkes to be eaten. ... But just what does Chanukah celebrate?

Answer: A successful Jewish revolt against a Syrian empire ruled by the Seleucid dynasty of Greek kings some 2,200 years ago.

Well, not exactly. The revolt was not so much against the Syrian emperor, Antiochus Epiphanes, as against his attempt to impose Hellenistic culture on ancient Judaea.

Well, not exactly. It's not noised about, but this now celebrated revolt against the Syrians was really something of a civil war between those Jews who proposed to adopt more of the fashionable Greek culture and those who rebelled against it. The rebels viewed its games and gods as a desecration, and fought for the old ways, the ancient practices and beliefs.

The politically correct may not approve, but this religious festival commemorates a military victory in a civil war -- of tradition over assimilation, of fundamentalism over modernism.

Well, not exactly. The military aspects of the struggle are scarcely mentioned in today's celebration of Chanukah. The focus has shifted over the centuries. The very name Chanukah, or Dedication, now refers to the cleansing of the Temple in Jerusalem after it was defiled by pagan rites.

After all, the holiday isn't named for any particular battle or campaign or hero. It isn't the Feast of the Maccabees, who led the revolt. Therefore, the real theme of Chanukah is the rededication of the Temple in Jerusalem.

Well, not exactly. The essential ritual of the holiday has become the blessing over the Chanukah lights. A Talmudic story tells how the liberators of the Temple found only enough consecrated oil to burn for one day, but it lasted for eight -- enough time to prepare a new supply. We're really celebrating the miracle of the lights.

In the glow of the candles, the heroic feats of the Maccabees have become transmuted into acts of divine intervention. The blessing over the candles recited each night of the holiday goes: "Blessed art Thou, O Lord our God, King of the universe, who wrought miracles for our fathers in days of old." Miracles, not victories.

At Passover, the story of the Exodus from Egypt is told with the same moral attached: It is He who delivered us, not we who freed ourselves. Freedom is a gift from God, not men.

Chanukah isn't mentioned in the Old Testament. The swashbuckling stories of battles and victories have been relegated to the Apocrypha. A mere military victory rates only a secondary place in the canon. The victory is to be celebrated not for its own sake but for what it reveals.

One more violent confrontation has left history, and entered the realm of the sacred. Myth, which might be defined as a truth greater than the facts, has emerged ascendant once again. A messy little guerrilla war in the dim past of a forgotten empire has become something else, something that partakes of the eternal.

The central metaphor of all religious belief -- light -- reduces all the imperial intrigue and internecine warfare of those tumultuous times to shadowy details. And that may be the greatest miracle of Chanukah: the transformation of the oldest and darkest of human activities, war, into a feast of illumination.

There is more than a single theme to this minor but not simple holiday. One can almost trace the ebbs and flows of Jewish history, its yearnings and fulfillments, its wisdom and folly, its holiness and vainglory, by noting which themes of Chanukah have been emphasized when.

History may say a good deal more about the time in which it is written than the time it describes. The message of Chanukah changes from age to age because the past we choose to remember is the truest reflection of any present. When Chanukah is celebrated with pride, a fall is sure to come. When it inspires humility, hope is kindled.

If there is one, unchanging message associated with this minor holiday magnified by changing times, it can be found in the portion of the Prophets designated to be read for the sabbath of Chanukah. It is Zechariah 4:1-7, with its penultimate verse:

Not by might, nor by power, but by My spirit, saith the Lord of Hosts. The original version of today's column appeared in 1993.