Another Year, Another Hispanic Nominee 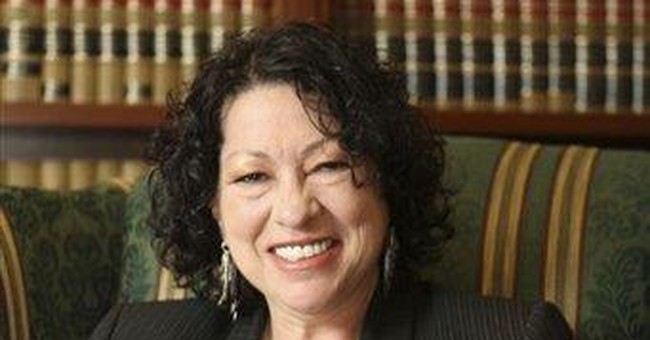 Want to read an admirably high-minded statement in all the low, Limbaugh-like clamor over the nomination of Her Honor Sonia Sotomayor to the U.S. Supreme Court?

You're not likely to find a better one than these words from The Hon. Mark Pryor, junior U.S. senator from Arkansas:

"U.S. Supreme Court nominees deserve a high threshold of review. I believe Judge Sotomayor's confirmation hearing should be rigorous, but fair. I am encouraged that her earlier nominations to the bench -- by both a Democratic and Republican president -- have received strong, bipartisan support. It is my hope the Senate can carry out its constitutional duty in a similar fashion with good-faith and civility, and not allow rhetoric to cloud the confirmation process."

Hear, hear. How statesmanlike -- and how Mark Pryor's standards have improved. Because he wasn't quite so high-minded when he was part of the partisan pack that blocked the nomination of another Hispanic nominee to the federal bench not too long ago.

The Democrats in the U.S. Senate managed to hold up the nomination of Miguel Angel Estrada to the U.S. Circuit Court of Appeals for the District of Columbia month after month after month. For more than two years. Until finally the nominee, disgusted with the whole, rigged process, withdrew his name from consideration.

Much like Sonia Sotomayor, Miguel Estrada had a stirring life story. For until he fell into the clutches of partisans like Ted Kennedy, Hillary Clinton, and, yes, Mark Pryor, he'd lived the American dream. Ever since he'd immigrated to the United States at the age of 17 from Honduras, he'd studied hard and worked hard to make something of himself. And succeeded.

He became a successful attorney in private practice, then as a highly effective lawyer with the U.S. solicitor general's office. But he had a crippling political disability. Two of them, actually. It wasn't bad enough that he was a Republican, he was Hispanic, too.

That was a combination Democratic partisans could not abide. Such a two-fer on the federal bench would have shattered their most cherished, most vote-winning stereotypes of the opposition. How demonize Republicans as stupid, xenophobic haters if they're nominating a bright, accomplished immigrant from Latin America to the appellate bench? Can't have that.

Here was a promising young man who could have turned out to be a great judge, a light in the law, a natural for the Supreme Court. He had to be stopped. Seven times the Republicans brought up his name, and seven times they fell short of the 60 votes required to close debate and proceed to a vote on the merits of the nominee.

In the past, a nominee to the U.S. Supreme Court might be filibustered, but this was the first time in American history that a filibuster was used to block a nomination to a circuit court of appeals. So clear and present a danger did Miguel Estrada represent to the Democratic hold on the Hispanic vote.

And now Mark Pryor speaks grandly about bipartisanship and good faith and civility and a confirmation process that's rigorous but fair. It's a wonder the words don't choke in his throat. But there are politicians who live and breathe hypocrisy with an ease unimaginable to us ordinary folk.

Some excuse had to be found to deny Miguel Estrada and the country his chance for greatness. So he was asked to reveal confidential memos he'd exchanged with his superiors in the solicitor general's office back in the first Bush administration. Of course he wouldn't. He knew about executive privilege and the attorney-client relationship, and wasn't about to violate either one.

So his critics used Miguel Estrada's principles against him, having so few of their own. All seven living former solicitors general of the United States, including good Democrats like Archibald Cox and Seth Waxman, signed a letter pointing out how outrageous it was to demand that a nominee for the judiciary betray his trust by turning over confidential working papers.

Such a demand, they noted, would inhibit candid exchanges of opinion within government, and cripple its ability to make its case in court. For if confidential memos didn't remain confidential, who would dare confide? But so sensible an argument was ignored. This wasn't about high principle; it was about low politics.

Counselor Estrada's refusal to betray a trust he was duty-bound to keep was portrayed by Democrats as a refusal to cooperate with the nominating process -- a slick but false accusation that was nothing but a cover to hide their own, partisan malice. It would be as if Republicans were to ask Sonia Sotomayor to reveal the confidences she'd been party to during judicial conferences, or maybe some attorney-client memos she'd exchanged in private practice.

But any excuse would do to torpedo a Republican nominee as outstanding as Miguel Estrada.

Conclusion: The next time Senator Pryor tries to get away with all that razzmatazz about fairness and civility and bipartisanship and good faith and the American Way and this being the Land of Opportunity, whether they're talking at a law school or before a Hispanic organization or on the Fourth of July, their listeners should remember just two words: