General Order and Confusion of the Day 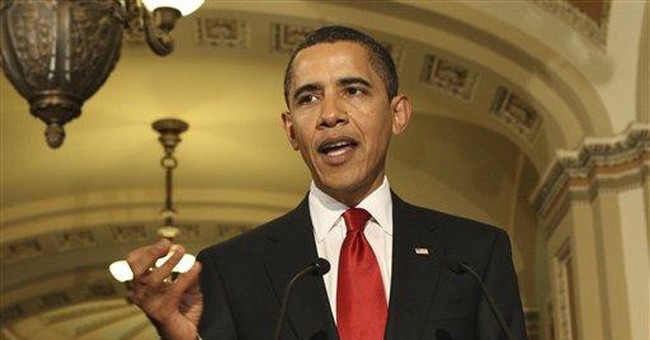 Our brave new president has wasted no time issuing an executive order barring torture of any suspected terrorists.

The order and its effect were mud-clear by the time Barack Obama's designated chief of national intelligence, Dennis Blair, got through not explaining it.

For one opaque thing, Admiral Blair said he wasn't going to say whether waterboarding, or simulated drowning, was torture. Which is a non-position remarkably similar to that of the previous administration, which this order ostensibly revokes.

Welcome to the blindingly bright fog that is the developing/enveloping Obama administration. So new and already so murky.

Waterboarding actually hasn't been used by the CIA for years. When it was used in three high-profile cases, including that of the notorious Khalid Sheikh Mohammed, mastermind and organizer of the September 11th attacks, it is said to have produced a remarkable change of attitude in these heretofore recalcitrant subjects. Also, a wealth of information that saved who knows how many innocent lives.

What a transformation: defiant killers into eager informants. It's understandable why the next chief of national intelligence isn't about to make any hasty interpretation of this new executive order lest he surrender an approach his predecessors found so useful'before they proceeded to bar it. At least officially. At least for now. Will it be kept in reserve?

There is no clear answer to that question, which is why this administration would be better off not offering so many unclear ones.

As for the mass murderer Khalid Sheikh Mohammed, he's become known familiarly as just KSM. He's been awaiting trial for so long he says all he wants is "martyrdom." But, by request and/or order of the new chief executive of the United States, all proceedings of the military commission that might have provided that consummation devoutly to be wished have been suspended.

But wait. According to another new executive order, such commissions remain an option. Maybe. Your guess is as good and probably better than mine, which is that KSM will spend a peaceful old age before ever getting his thoroughly merited deserts. This new welter of executive orders only gives him another layer of legalities to manipulate. He's getting awfully, and I mean awfully, good at it by now, aided as he is by the best white-shoe lawyers liberaldom can provide.

The array of conflicting orders coming out of the White House shows all the signs of having been drawn up by a whole battalion of lawheads, each of whom got his favorite clause into the final product regardless of whether it was consistent with all the others.

Among the many contradictory things about this latest batch of executive confusions is that, from now on, cross your heart and King's X, all interrogation techniques used on any vicious killers -- excuse me, suspects forever awaiting trial -- must accord with the U.S. Army field manual, which is a kind of gold standard for the treatment of lawful combatants captured in the field. But it may not stay pristine once this administration starts fiddling with it. Because it is now to be reviewed "to determine whether different or additional guidance is necessary for the CIA."

This is what happens once the basic distinction between lawful and unlawful combatants, once so clear in national and international law, is muddied by sophisticated lawyers confident they know better than mere precedent.

We'll know more, or maybe less, once this next study concludes. If these executive orders are any indication of what's to come, those findings will be thoroughly, correctly, legally and ethically unintelligible.

If this administration, like the previous one, wishes to proclaim an end to torture, why not? But there's no need to go into detail and define torture in excruciating detail. Or this administration, too, will produce one of those torture memos that so embarrassed the last one by carefully delineating where legitimate stress stops and torture begins, limb by limb, organ by organ. That memo read as if it had been poorly translated from the German of the Third Reich. If this administration's style is slick, its predecessor's was barbarous.

It's an old and sage principle: If it's not necessary to define something in law, then it becomes necessary not to define it. That way, those individual officials entrusted with defending the security and protecting the liberties of the people of the United States can be guided by their experience and conscience, follow their own judgment, and take the accompanying risks. Like being tried in a court of law for their actions once the emergency has passed. Nobody ever said their job was going to be easy, or their duty always clear.

Think about it: What are our people -- the good guys, remember? -- to do when confronted by the next Khalid Sheikh Mohammed who might be able to reveal information that could spare thousands of lives if only he were afforded appropriate incentive? Would it be ethical in such a case not to use a technique that looks a lot like torture to many of us?

Such are the kinds of hypothetical questions that can only be confused by detailed answers. Not every policy should be codified in advance. That is the genius at the heart not only of the Constitution of the United States but of the whole body of the English common law. Neither pretends to lay down an answer for every conceivable moral and legal quandary that could arise in some unpredictable future. Instead, broad principles are laid out and their details left to be decided on a case-by-case basis.

There is a time, and this is one of them, for a new administration to have a little more faith, a little less sureness, and just be still for heaven's sake.