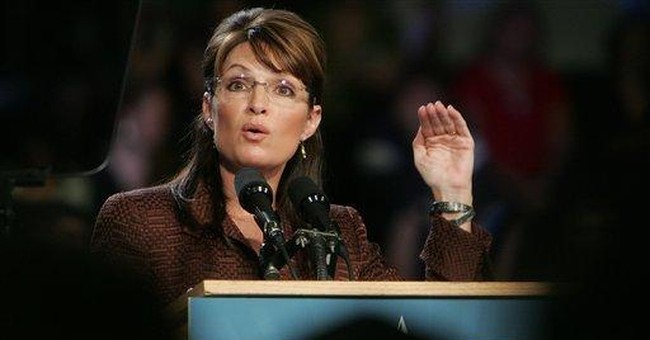 In his cover story for the October 13, 2008 issue of Newsweek, managing editor Jon Meacham continues the media’s relentless personal attacks on Governor Palin, characterizing her as the equivalent of the fourth century Roman political hero Cincinnatus without brains, further describing her as “…an odd combination of Chauncey Gardiner from ‘Being There’ and Marge from ‘Fargo.’” In Meacham’s elitist worldview, Governor Palin is mindless because she is a conservative woman.

What, you ask, warrants such viciousness from the normally mild-mannered Episcopalian editor of Newsweek? With a mocking tone, Meacham quotes an “unnamed McCain adviser”: “Palin is on the ticket because she connects with everyday Americans.”

Meacham, it seems, is shocked to discover that Republican presidential candidate John McCain actually made a political decision when he tapped Palin to be his veep, believing—rightly I turns out—that by choosing Palin the Republican base would be energized while capturing the imaginations of independent and undecided voters. It’s as if Meacham believes he has discovered the October surprise which will be the sinking of the McCain campaign: Politics influences McCain’s choice of a VP!

Mr. Meacham has done us all a favor. He has confirmed what we have widely suspected. The liberal elite problem with Palin as represented by Meacham isn’t that they believe Governor Palin unqualified to be vice-president. After all, people with elite levels of education can readily see that she has more executive experience than the ACORN affiliated community organizer who is at the top of the Democrat ticket for president.

The real problem elitists like Meacham have with Governor Palin is that she has achieved success as a female politician without sacrificing her morals at the altar of liberalism to gain the credentials required by the media elite.

Meacham’s Palin problem is that she lacks the liberal credentials elitists require for those who aspire to high office. That’s good news for me and you. That makes Sarah one of us. Someone needs to shout it loud that Jon Meacham has exposed himself not only as an elitist, but a chauvinist, as well.