Defense of Expectant Mothers and Unborn Urged by Pro-Life Advocates

Paul Dykewicz
|
Posted: Jan 24, 2016 12:01 AM
Share   Tweet
The opinions expressed by columnists are their own and do not necessarily represent the views of Townhall.com. 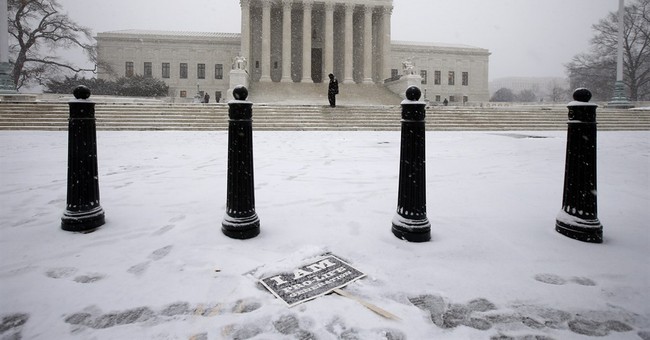 Numerous pro-life speakers championed the interests of expectant mothers and the unborn as they emphasized the priceless value of human life at a variety of venues before the 2016 March for Life. The march drew tens of thousands of supporters to Washington, D.C., despite an approaching blizzard.

The march took place on January 22, the 43th anniversary of the 1973 U.S. Supreme Court decision Roe vs. Wade that legalized abortion throughout the United States. Since then, more than 58.6 million legal abortions have taken place in a country that has a current population of 322.87 million people.

As a result, the equivalent of one out of every six Americans has been aborted since 1973. But the Centers for Disease Control and Prevention (CDC) has reported that the overall number of abortions in the United States is falling.

Based on data from 47 state health departments, the CDC reported 699,202 abortions in 2012 to mark the lowest total the agency has recorded since 1973. The numbers use the most recent information available but do not include abortions from California, the most populous state, or from New Hampshire or Maryland.

In recognition that many pregnant women face challenging personal circumstances, Patrick E. Kelly, chairman of the March for Life, told attendees at a rally before the march that they were there to convey a message of love to both expectant mothers and their unborn babies. Kelly said those present for the march were participating in the largest and most important civil rights demonstration in the 21st century in support of both women and the unborn.

“You will be proud to say that you were ahead of your time, standing up for the truth that to be pro-life is to be pro-woman, and to be pro-woman is to be pro-life,” Kelly said during a pre-march rally. “The abortion industry doesn’t want you to believe this truth. They are an industry fueled by big dollars that tries to intimidate and control the debate. They thrive on a throw-away culture and they insist on dividing and on bullying those who disagree with them by speaking of a fictional ‘war on women.’”

To the contrary, Kelly said the pro-life movement is grassroots based from communities and towns across America and unabashedly seeks to protect human life.

“We come here to show that we cannot be intimidated, and we come here to raise our voices and build a culture that affirms the goodness – the unimaginable possibilities -- of both a pregnant mother and her unborn baby,” Kelly said. “The March for Life has a simple message about pregnant moms and their babies: we love them both.”

Kelly cited a newly released Marist Poll as evidence that the message is resonating with more than three-quarters of Americans now agreeing that U.S. laws should protect both mothers and unborn babies.

“The same poll shows that despite the popular narrative that our country is evenly split on abortion, eight in 10 Americans support substantial limits on abortion – and this even includes two-thirds of those who say they are pro-choice,” Kelly said.

Kelly told the marchers that their support shows America is moving toward becoming a country where every life is “a gift” to be cherished and protected.

“Abortion impacts women negatively, both psychologically and physiologically," said Jeanne Monahan-Mancini, president of the March for Life Education and Defense Fund. While speaking at the pre-march rally, she added that the same poll cited by Kelly found that a large majority of Americans believe that abortion hurts women. She added that roughly eight or nine out of every 10 unborn babies known to have a serious disability is aborted.

Louisville’s Archbishop Joseph Kurtz, president of the U.S. Conference of Catholic Bishops, prefaced an opening prayer that asked for “hope and healing” at the March for Life by telling the tens of thousands of attendees, “Thank you for standing up for life.”

Republican presidential candidate Carly Fiorna also addressed the crowd prior to the march and said the “establishment media and political class” gloss over what the abortion industry is doing.

“You saw what happened when I talked about the horrific truth of the Planned Parenthood videos during a Republican debate,” Fiorna said. “Unlike the media, you’ve watched the videos. You’ve seen an aborted baby… its legs kicking, its heart beating… while the technician describes how they would keep these babies alive to harvest their organs. The left called me a liar. They said there were no such videos. There are no aborted babies born alive. Nobody is selling baby parts.”

Fiorina continued, “But look what happened next. Planned Parenthood came out and said they would no longer take compensation for baby organs. Sounds like an admission to me.”

Fr. Chris Seith, a priest at Our Lady of Mercy in Potomac, Maryland, told several thousand worshipers during a March for Life Mass on Jan. 22 at the Verizon Center in Washington, D.C., that the legalization of abortion has created a culture that diminishes the value of human life.

Pope Francis has described it as a “throw-away culture.”

The March for Life organizers expressed hope that the new Marist Poll indicates their message of love for expectant mothers and their unborn babies is catching on and helping to build support for a culture that values every life at all of its stages.