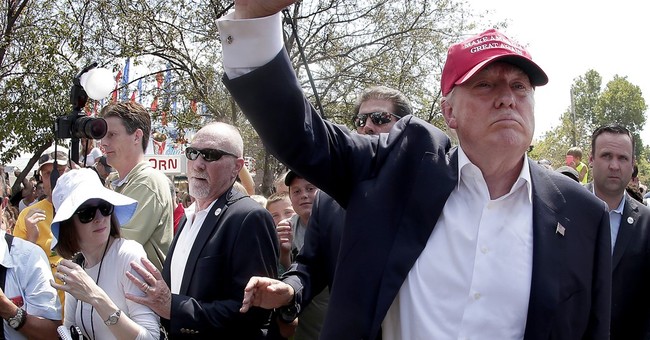 Donald Trump’s performance in his first presidential debate and his comments afterward showed that his unique skills for amassing a fortune, offering headline-grabbing retorts and ranking first in voter polls cannot protect him from his penchant for ill-advised public criticism of others.

Trump’s recent verbal barbs have targeted the Fox News TV moderators of his first presidential debate, as well as fellow Republicans, Sen. John McCain, of Arizona, and Sen. Lindsey Graham, of South Carolina. Regardless of Trump’s opinion of his critics, he runs the risk of drawing attention away from his serious attempts to raise valid issues such as improving the care for our nation’s veterans and securing our country’s borders.

Whether Trump ultimately wins the Republican presidential nomination, loses begrudgingly and wages a third-party candidacy or misses out and supports the eventual nominee, his legacy, not only as a political neophyte, but as a national figure, is at stake. If Trump uses his time in the spotlight to enhance his image as a forthright leader who unabashedly speaks his mind about what he identifies as America’s flaws and how to address them, he could position himself to wield huge influence in the years ahead whether he wins election to public office or not.

Television viewers witnessed Trump respond to questions with varying degrees of humor and indignation during his first Republican presidential debate on Aug. 6 in Cleveland, the same city where the political party will hold its nominating convention next year. Trump’s leap into politics has offered entertainment value from a proven television-ratings winner who starred in NBC’s Celebrity Apprentice show until earlier this year.

His high visibility gives additional attention to any shortcomings that he may exhibit during his run for office. He touched off a firestorm the day after the debate with remarks on CNN in which he criticized Fox moderators Megyn Kelly and Chris Wallace for peppering him with tough questions. Trump also chose his words poorly during the CNN interview when he spoke of “blood” coming out of Kelly’s eyes or “wherever” as she queried him aggressively during the debate.

If Trump focuses on real problems and offers genuine solutions, the voting public may find him a viable candidate not only now but on Election Day next year. However, Trump should expect tough questions from any and all journalists if he wants to make the case that he should become the country’s leader, as well as its commander in chief. He also needs to recognize that his past liberal-leaning views raise questions about whether he actually is the conservative Republican that he claims to have become.

Trump likes to cite the transformation of former President Ronald Reagan from a liberal Democrat to a conservative Republican as a reflection of his own political enlightenment. But Reagan, who became known as the “Great Communicator,” never would have committed the kind of verbal missteps that Trump thus far has seemed unable to avoid.

A legitimate concern raised by Trump is how our nation has botched its obligation to take care of military veterans. But Trump, the leading Republican presidential candidate in the latest polls, drew criticism from Democrats and Republicans alike when he questioned the heroism of Sen. McCain, a former Navy pilot who spent more than five years as a harshly treated prisoner of the enemy during the Vietnam War.

Trump’s interest in calling attention to the plight of veterans would have been better served if he kept his focus on advocating for them to receive proper healthcare. Instead of keeping the spotlight on the substandard care that our nation’s veterans have received and how elected officials from the president to members of Congress let the situation fester, Trump could not resist taking a verbal pot shot at Arizona’s senior senator.

In contrast, Trump never served in the military while receiving student deferments and later a medical deferment to stay stateside. Of course, the background of neither man prevents either from addressing the needs of veterans.

A candidate who supports improved healthcare and treatment of our nation’s veterans and also offers specific ideas for doing so stands to gain support. If the same candidate deflects attention from that issue by questioning the heroism of a former prisoner of war and catches flack as a result, he only has himself to blame.

Trump tried to justify taking issue with Sen. McCain’s heroism after the Republican Party’s 2008 presidential nominee complained that the 15,000 people in Phoenix, Arizona, who attended the real estate mogul’s political speech on Saturday, July 11, were “crazies.” Understandably, Trump rebutted Sen. McCain’s comments about the lawmaker’s constituents but should have avoided an unstatesmanlike personal dig to do so.

Trump will gain the most by focusing on the points he wants to make rather than succumb to the temptation to verbally bash those who disagree with him or ask tough questions. Anyone who ever has run for public office successfully knows politicians are best served if they develop a thick enough skin to face criticism without firing back with barbs that serve no constructive purpose, especially if the candidate wants the support of those people as the Republican party’s nominee.

A second worthwhile issue that Trump has been championing is how to stop illegal immigrants who are criminals in their own countries from coming to the United States. Trump effectively raised the issue during his July 11 speech at FreedomFest in Las Vegas by inviting the African-American father of a Los Angeles-area high school student who was killed by an illegal immigrant from Mexico. The father shared the anguish of a parent whose child’s bright future was snuffed out by a cold-hearted killer who never should have been in the country in the first place.

Caring for our veterans, enhancing public safety and securing the nation’s borders to prevent criminals and terrorists from entering into the United States are legitimate concerns shared by liberals and conservatives alike. But awkwardly worded statements that suggest illegal immigrants in general might be “rapists,” drug gang members or even murderers unfairly lump those seeking a better life for their families with others who pose the biggest threats to peace-loving Americans.

Trump should consider offering a comprehensive immigration policy proposal that could become a hallmark of his campaign. It would serve his candidacy better than making blanket statements about illegal aliens committing crimes.

If the real estate mogul can avoid uttering impertinent comments that detract from his ideas for restoring the “American Dream,” he may keep his campaign on track. If not, the media has a proven record of covering train wrecks.