Policies Must Not Be Based On Error Or Deceit

Paul Driessen
|
Posted: Jan 23, 2016 12:01 AM
Share   Tweet
The opinions expressed by columnists are their own and do not necessarily represent the views of Townhall.com. 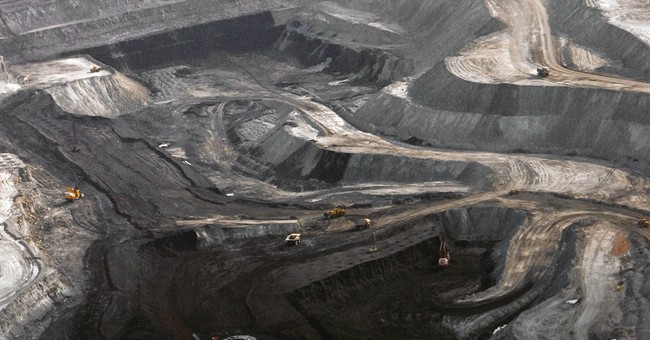 Some 50 million acres of US crop and habitat land (equal to Wyoming) have been turned into corn-for-ethanol farms, biofuel plantations, and wind and solar installations. American forests are being converted to fuel for British power plants. Towering turbines butcher birds and bats, while Big Wind is exempted from endangered species rules that would cost fossil fuel companies billions in fines and send their execs to jail for such carnage. (But if you're saving the planet, what’s a few million birds and bats a year?)

Research and ruling classes benefit, while poor, minority and blue-collar families suffer – and Africans are told they must be content with wind and solar energy because, as President Obama put it, “if everybody has got a car” and air conditioning and a big house, “the planet will boil over.”

Climate Crisis, Inc. jealously guards this power and money train. The IPCC, EPA and NOAA spend billions in tax dollars to publish horror stories about runaway temperatures and looming disasters. Mike Mann sues anyone who disparages him or his work. Sheldon Whitehouse and Jagedish Shukla demand that anyone who disputes manmade disaster claims be prosecuted for “climate denial.”

Now a new Paris climate treaty says the “ultimate goal” is to stabilize atmospheric CO2 and other greenhouse gas concentrations at levels that will “prevent dangerous [human] interference with the climate system” – under the assumption that CO2 now drives climate change and weather events.

The Paris accord stipulates that developed nations must reduce their emissions, regardless of impacts on economies, employment or families. This means they must de-carbonize, de-industrialize and de-develop – while they give trillions of dollars in cash and free technology to developing countries like Brazil, China, India and Indonesia, for climate “reparation” and “mitigation.”

Developing countries need try to reach their voluntary goals only if now-wealthy nations make those wealth transfers – and if reducing their emissions will not interfere with their “first and overriding priorities” of eradicating poverty, malnutrition and disease, and improving living standards and life spans.

This means fossil fuel use and atmospheric carbon dioxide levels will continue to climb – and US, EU, Canadian and Australian sacrifices will have no effect on stabilizing atmospheric CO2 levels, much less controlling Earth’s ever-changing climate or weather, again assuming CO2 does determine climate.

But what if this dynasty is built on a foundation of errors, miscalculations and exaggerations – or worse: on manipulation, fabrication and fraud? The house of cards would tumble down, the catechism of climate cataclysm would go the way of other vanished religions, and the power and money train would derail.

Carbon dioxide is not a pollutant, he always emphasized. It is a plant-fertilizing trace gas (400 ppm or 0.04% of the atmosphere), essential for photosynthesis and life on Earth. Rising CO2 levels are increasing crop, forest and grassland growth, improving ecosystems and wildlife, and feeding more people. In fact, the 50 ppm increase in atmospheric CO2 between 1981 and 2010 fertilized an 11% boost in plant cover worldwide. Moreover, current carbon dioxide levels are quite low relative to their levels across geological time, meaning terrestrial, fresh water and oceanic plant life is currently starved for CO2 by comparison.

The real scientific debate, Professor Carter noted in his book Climate: the Counter Consensus and other works, is about the direction and magnitude of global human effects, and their likely significance in the context of natural climate change – which has been occurring ever since Earth developed its oceans, atmosphere and climate. Indeed, modern temperatures are not unusually warm, compared to many previous periods in the historic and geologic record. My friend’s other insights are equally important.

* The primary temperature records relied on by the IPCC and EPA are far too short to be a useful tool for policy making and are inadequately corrected for the urban heat island effect and other errors. One analysis of these records found errors of 1-5 degrees C (1.8-9.0 F) for 1969 data in certain regions, when the claimed warming for the entire twentieth century was only 0.7 deg C (1.3 F); errors for records in the early century are likely even greater. Reliance on these records is thus misplaced

* Recent warming trends in Greenland and the Arctic are not alarming in rate or magnitude compared to other similar and totally natural warming periods over the past 250 to 10,000 years, as recorded in explorers’ log books and geological evidence.

* When we consider those climate records, the positive feedback effects of rising carbon dioxide levels (such as enhanced water vapor in the atmosphere), negative feedback effects (more low level heat-reflecting clouds, for instance), significant natural sources of more atmospheric CO2, and the declining “greenhouse” effect of each additional CO2 molecule, it is unlikely that conceivable human carbon dioxide emissions will cause “dangerous” warming or other climate changes in the future.

* The rate and magnitude of the reported 1979-2000 warming are not outside normal natural variability, nor are they unusual compared to earlier periods in Earth and human history. There is likewise no unambiguous evidence that humans have caused adverse changes such as melting ice, rising sea levels, rainfall or droughts, or “extreme weather” over the past 50 years.

* IPCC computer climate models have thus far not been able to predict warming or other climate changes accurately for even short 10-year periods. It is therefore highly unlikely that they can do so for 100 years in the future. Therefore, they should not be used as the basis for energy and economic policies.

* The IPCC does not even study climate change in its entirety, or all the complex, interrelated forces that cause periodic warming, cooling and other changes. It analyzes only variations allegedly caused by humans, and assumes that all recent and future changes are human-caused and dangerous. Its analyses, conclusions and recommendations therefore do not form a credible basis for public policies.

Carter’s ultimate policy recommendation was that climate hazards are overwhelmingly natural problems, and should be dealt with by preparing for them in advance, and adapting to them when they occur.

Whether the threats are short-term (hurricanes and floods), intermediate (drought) or long-term (warming or cooling trends), preparation must be specific and regional in scale, for the perils vary widely by geographic location and a nation’s state of technological advancement. If governments prepare properly for natural hazards, their countries and communities will also be ready for human-caused climate disruptions, should they ever occur.

Professor Carter’s jovial Aussie persona will be sorely missed, but his insights and legacy will live on.