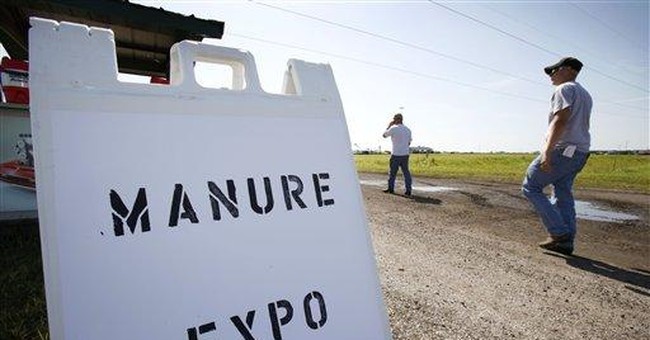 Seek a sustainable future! Wind, solar and biofuels will ensure an eco-friendly, climate-protecting, planet-saving, sustainable inheritance for our children. Or so we are told by activists and politicians intent on enacting new renewable energy standards, mandates and subsidies during a lame duck session.

It may be useful to address some basic issues, before going further down the road to Renewable Utopia.

First, when exactly is something not sustainable? When known deposits (proven reserves) may be depleted in ten years? 50? 100? What if looming depletion results from government policies that forbid access to lands that might contain new deposits – as with US onshore and offshore prospects for oil, gas, coal, uranium, rare earth minerals and other vital resources?

Rising prices and improved discovery and extraction technologies and techniques typically expand energy and mineral reserves – postponing depletion by years or decades, as in the case of oil and natural gas. But legislation, regulation, taxation and litigation prevent these processes from working properly, hasten depletion, and make “sustainability” an even more politicized, manipulated and meaningless concept.

Third, shouldn’t inconvenient sustainability issues be resolved before we proceed any further, by applying the same guidelines to renewable energy as courts, regulators and eco-activists apply to fossil fuels?

Most oil, gas, coal and uranium operations impact limited acreage for limited times – and affected areas must be restored to natural conditions when production ends. Effects on air and water quality, habitats and protected species are addressed through regulations, lease restrictions and fines. The operations generate vast amounts of affordable, reliable energy from relatively small tracts of land, and substantial revenues.

Wind turbines generate small amounts of expensive, unreliable electricity from gargantuan installations on thousands of acres. Turbines and their associated transmission lines dominate scenic vistas, disrupt habitats and migratory routes, affect water drainage patterns, impede crop dusting and other activities, and kill bats, raptors and other birds, including endangered species that would bring major fines if the corporate killers were oil or mining companies. And yet, wind operators receive exemptions from environmental review, biodiversity and endangered species laws that traditional energy companies must follow – on the ground that such rules would raise costs and delay construction of “eco-friendly” projects.

Kentucky’s Cardinal coal mine alone produces 75% of the Btu energy generated by all the wind turbines and solar panels in the USA, Power Hungry author Robert Bryce calculates. Unspoiled vistas, rural and maritime tranquility, and bald eagles will all be endangered if 20% wind power mandates are enacted.

The Palo Verde Nuclear Power Station near Phoenix generates nearly 900 times more electricity than Nevada’s Nellis Air Force Base photovoltaic panels, on less land, for 1/15 the cost per kWh – and does it 90% of the time, versus 30% of the time for the Nellis array. Generating Palo Verde’s electrical output via Nellis technology would require solar arrays across an area ten times larger than Washington, DC.

Building enough photovoltaic arrays to power Los Angeles would mean blanketing thousands of square miles of desert habitat. Once built, solar and wind systems will be there just this side of forever, since there will be no energy production if we let them decay, after shutting down whatever fossil fuel operations aren’t needed to fuel backup generators that keep wind and solar facilities operational.

Wind and solar power also mean there is a sudden demand for tons of rare earth elements that weren’t terribly important a decade ago. They exist in very low concentrations, require mining and milling massive amounts of rock and ore to get the needed minerals, and thus impose huge ecological impacts.

If mountaintop removal to extract high quality coal at reduced risk to miners is unacceptable and unsustainable – how is it eco-friendly and sustainable to clear-cut mountain vistas for wind turbines? Blanket thousands of square miles with habitat-suffocating solar panels? Or remove mountains of rock to mine low-grade rare earth mineral deposits for solar panel films, hybrid batteries and turbine magnets?

Since any undiscovered US rare earth deposits are likely locked up in wilderness and other restricted land use areas, virtually no exploration or development will take place here. We will thus be dependent on foreign suppliers, like China, which are using them in their own manufacturing operations – and selling us finished wind turbines, solar panels and hybrid car batteries. The United States will thus be dependent on foreign suppliers for renewable energy, just as we rely on foreign countries for oil and uranium.

To claim any of this is ecologically or economically sustainable strains credulity.

Green jobs will mostly be overseas, subsidized by US tax and energy dollars – other people’s money (OPM). Indeed, Americans have already spent over $20 billion in stimulus money on “green” energy projects. However, 80% of the funding for some of them went to China, India, South Korea and Spain, and three-fourth of the turbines for eleven US wind projects were made overseas. This is intolerable, indefensible and unsustainable. But it gets worse.

Denver’s Nature and Science Museum used $720,000 in stimulus money to install photovoltaic panels and reduce its electricity bills by 20 percent. The panels may last 25 years, whereas it will take 110 years to save enough on those bills to pay for the panels – and by then four more sets of panels will be needed.

As to biofuels, the US Navy recently waxed ecstatic over its success with camellia-based eco-fuel in fighter jets. But the PC biofuel costs $67.50 per gallon, versus $5.00 per gallon for commercial jet fuel.

To meet the 36-billion-gallons-a-year-by-2022 federal ethanol diktat, we would have to grow corn on cropland and wildlife habitat the size of Georgia, to get 15 billion gallons of corn-based ethanol – plus switchgrass on farmlands and habitats the size of South Carolina, to produce 21 billion gallons of “advanced biofuel.” By contrast, we could produce 670 billion gallons of oil from frozen tundra equal to 1/20 of Washington, DC, if the Arctic National Wildlife Refuge weren’t off limits.

OPM-subsidized ethanol also means a few corn growers and ethanol refiners make hefty profits. But chicken and beef producers, manufacturers that need corn syrup, and families of all stripes get pounded by soaring costs, to generate a fuel that gets one-third less mileage per tank than gasoline.

We need to improve energy efficiency and conserve resources. Science and technology will continue the great strides we have made in that regard. Politically motivated mandates will impose huge costs for few benefits. Sustainability claims will simply redistribute smaller shares of a shrinking economic pie.

“Renewable” energy subsidies may sustain the jobs of lobbyists, activists, politicians, bureaucrats and politically connected companies. But they will kill millions of other people’s jobs.

Let’s be sure to remind our elected officials of this along their campaign trails – and on November 2.