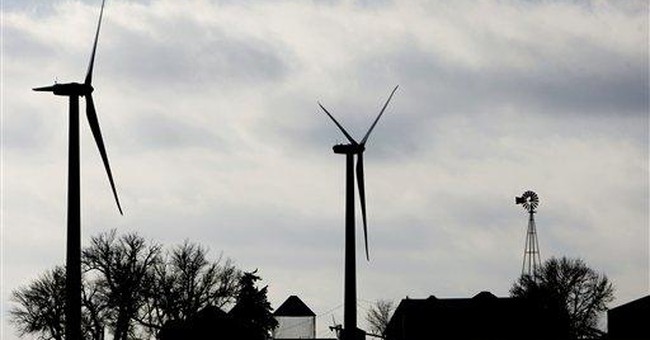 Suppose a company doctored data, misrepresented study findings, replaced observations with computer simulations and hired PR flacks to promote its new “wonder drug.” News stories, congressional hearings and subpoenas would be in overdrive. Fines and jail sentences would follow. And rightly so.

But the standards change when “climate catastrophe” is involved.

The House of Representatives is preparing to vote on a 942-page bill to tax, regulate and penalize all US hydrocarbon energy use. The Senate promises an August vote. In December, 190 countries will meet in Denmark to discuss slashing carbon dioxide emissions, to “save the planet from global warming disaster.”

But average global temperatures peaked in 1998 and since have fallen slightly, even as carbon dioxide levels continue to climb. Antarctic ice shelves show no signs of climate change, a six-year study has determined, while Arctic ice is seasonably normal. Hurricane activity is at a 30-year low.

Thousands of scientists say CO2 has little effect on planetary temperatures, and there is no climate crisis. Few developed countries are ready to commit economic suicide by agreeing to reduce their CO2 emissions by even one-tenth of what Waxman-Markey demands for the United States. Most Americans put global warming dead last in a Pew Research list of 20 concerns.

Climate Armageddonites are trying to counter these inconvenient truths, scare people into clamoring for climate legislation, and enact the job-killing Waxman-Markey bill before more citizens realize they’ll be forced to pay $$$$ trillions for a hypothetical 0.1 degree Fahrenheit reduction in global temperatures. What to do?

Actually, it’s the most flagrant attempted con-job and propaganda campaign in US history.

If it helps Congress enact cap-and-tax legislation, it will give activists, courts and bureaucrats control over virtually every aspect of our lives. It will enable them to confiscate hard-earned dollars, convert them to payoffs for activists and companies that get on the climate-crisis bandwagon, consign uncooperative companies and scientists to the ash heap of history, and conceal the exorbitant costs of restrictive energy policies – on families, industries, jobs and transportation – until long after the bill becomes law.

The bogus “report” conflates and confuses human activities and emissions with the powerful natural forces that have caused major and minor climate changes and weather anomalies since the dawn of time – from the Carboniferous Period to the Age of Dinosaurs, from the Big Ice Ages and interglacial periods to the Little Ice Age, Roman and Medieval Warm Periods, Dust Bowl and countless others. It relies on conjecture, conformist thinking and conspicuous elimination of contrary, skeptical, realist scientists and studies that do not support climate cataclysm conjecture and ideology.

The authors “largely ignored” critical comments to earlier drafts and made the final version “even more alarmist” than infamous UN “summaries” of global warming “crises,” says Joseph D’Aleo, first director of meteorology at the Weather Channel and former chairman of the American Meteorological Society’s Weather Analysis and Forecasting Committee. The report is simply “wrong on many of its claims” and marks “an embarrassing episode for the authors and NOAA,” D’Aleo concludes.

University of Colorado environmental studies professor Roger Pielke, Jr. says the report “misrepresents” his own work, makes claims that are not supported by citations provided, relies heavily on analyses that were never peer reviewed, ignores peer-reviewed studies that reach opposite conclusions from those proclaimed by the report, and cites analyses that do not support conclusions rendered.

But the most egregious miscarriage of science in this agit-prop exercise is its near-total dependence on worst-case scenarios conjured up by computer models. That’s where it gets its litany of Day After Tomorrow Hollywood disasters.

These climate models have never been validated by actual observations, notes Professor Robert Carter of the Marine Geophysical Laboratory at Australia’s James Cook University. Indeed, Australia’s own climate modeling agency (CSIRO) stresses that climate change scenarios are based on computer models that “involve simplifications of [real world] processes that are not fully understood. Accordingly, no responsibility will be accepted … for the accuracy of forecasts inferred” from its reports.

“Modeling results are interesting – but worthless for setting public policy,” says Carter. But that is exactly how they’re being used.

Sure, it’s conceivable that Antarctica could melt, and cause sea levels to rise 20 feet, as Al Gore and the government con-artists suggest. Greenhouse gases would merely have to increase average annual Antarctic temperatures from their current –50 degrees Fahrenheit to +40 degrees for a century or two, to melt 200,000 cubic miles of South Pole icecaps. A mere 90-degree swing.

That may be as likely as having the planet overrun by raptors and T-rexes cloned from DNA in fossilized mosquitoes. But it’s conceivable. And in the realm of global warming politics, that’s all that matters. As MIT atmospheric physicist Richard Lindzen observes, “global warming has developed so much momentum that it has a life of its own, quite removed from science.”

As one climate activist group put it: “The task … is not to persuade by rational argument.” It is “to work in a more shrewd and contemporary way, using subtle techniques of engagement. The ‘facts’ need to be treated as being so taken-for-granted that they need not be spoken.” The strategy is to treat “climate-friendly activity as a brand that can be sold. This is the route to mass behavior change.”

This is the kind of science, transparency, honesty and accountability we have come to expect over “human-caused climate chaos.”

If the congressional, administration and activist conspirators behind this massive deceit were in the private sector – peddling bogus drugs, rather than bogus science – they’d quickly become convicts. Instead of jail time, though, they’ll probably get bonus checks.