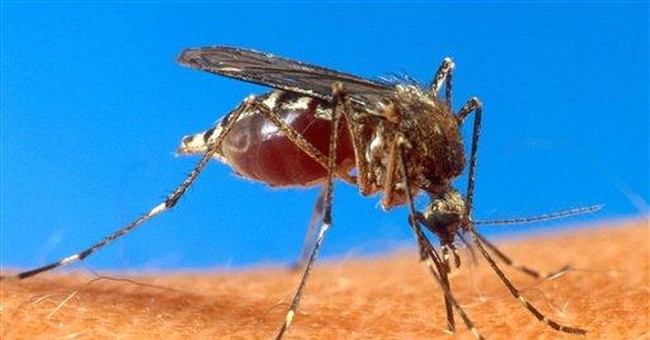 Ethical behavior is an essential element of business and capitalism. Companies that violate laws and societal norms are eventually found out – and punished, by courts and consumers.

But this raises an often overlooked question that all CSR advocates should ask:

Shouldn’t society demand that every corporation chartered under its aegis (for-profit and not-for-profit alike) will promote societal well-being? Shouldn’t charities, government agencies, legislatures and activist groups be held to the same CSR standards as profit-based industries?

A century ago, Dr. William Gorgas eradicated yellow fever and dramatically reduced malaria in Panama. He eliminated or poured kerosene on standing water, to prevent malaria-carrying Anopheles mosquitoes from laying eggs and larvae from developing; fumigated areas infested with adult mosquitoes; and used nets to isolate infected patients and prevent them from being bitten and spreading the disease.

But today malaria still infects 500 million people a year, leaving them unable to work for weeks, rendering many permanently brain-damaged, and killing over a million parents and children.

And yet, politicians, foundations, activists and bureaucrats continue to promote false solutions. If accepted CSR standards were applied to them, many would be bankrupt, ostracized or imprisoned.

The assertion boosts their anti-hydrocarbon agendas. It also shifts the blame and limited resources away from real solutions to pricey, politically correct schemes that actually perpetuate disease and death.

Malaria was prevalent in Virginia, Ohio, California the Netherlands and beyond, until DDT helped eradicate it. The disease killed 600,000 people in Siberia during the 1920s and 1930s. Obviously malaria's presence and geographical distribution is not defined by temperature alone.

With funding from San Francisco’s Richard and Rhoda Goldman Foundation, the Pesticide Action Network (PAN) helps nature take its course, by battling insecticide and DDT use. Their tunnel-visioned actions might protect the world’s most impoverished, disease-ridden people from minor speculative risks associated with insecticides – but they do so by imposing massive, immediate, life-threatening risks from diseases the insecticides could prevent.

The Gates Foundation supports fascinating research on anti-malaria vaccines and mosquitoes genetically engineered to be unable to carry malaria parasites. The work may pay off big time in a decade or two – assuming we can vaccinate 2 billion people who are at risk from getting malaria, or replace trillions of Anopheles mosquitoes with biotech varieties. But meanwhile, every year, a half billion people will become too sick to work, and a million will die, from a readily preventable disease.

“Nothing but nets” is a catchy basketball slogan, but a lousy disease prevention strategy. Bed net campaigns promise a few dollars will save a life, but actual malaria reductions are closer to 20-30% when recipients use their nets every night, no matter how sweltering it gets in their non-air-conditioned homes.

Truly comprehensive programs can slash malaria disease and death rates by 90% or even eradicate it completely. How is it ethical to promote anything less?

Yet, far too many companies, even ExxonMobil, won’t use or promote DDT, for fear of being attacked by PAN and its ilk. And some well-meaning innovators promote even more far-fetched “solutions,” like giant mosquito vacuums – for villages that don’t even have electricity.

These inadequate prevention strategies put the onus on often primitive clinics, overworked doctors and scarce, overused drugs to stop malaria. New Artemisia-based combination therapies (ACTs) have been a godsend, especially in Africa, where chloroquine is no longer effective.

But the more heavily they are used – because prevention efforts are constricted and misdirected – the sooner it is likely that malaria parasites will become resistant to ACT drugs. That likelihood is increased by companies like Erica in India that still distribute oral artemisinin mono-therapy tablets, which are more likely to result in resistant strains of malaria. Worse, increasing numbers of malaria medications distributed in Africa and elsewhere are substandard or even counterfeit knockoffs.

And too many governments of malaria-ridden countries do a horrendous job of safeguarding their people against these unscrupulous practices.

The world has limited money, especially amid this global recession. African nations are particularly destitute. Funds and resources need to be applied wisely, effectively and ethically.

First, we must do no harm – by focusing attention on bogus causes like global warming, for instance, or restricting malaria prevention to partial solutions like bed nets and drugs. Second, we must do actual good, by slashing malaria rates NOW.

It doesn’t take rocket science – just a modern version of what Gorgas used 100 years ago. Vastly improved tools are readily available. We need to use them.

Truly comprehensive programs include DDT on walls to keep mosquitoes out of houses, bed nets to further protect children and adults, and insecticides to control mosquito populations. These steps alone can prevent 80% or more of malaria cases. But other interventions must also be employed, if infections and deaths are to be eliminated.

Health ministries and aid agencies must help ensure that doctors have modern clinics closer to more villages, can quickly determine if a patient really has malaria, and have the proper ACT drugs to treat cases. They and field personnel must maintain systems to monitor mosquito populations and disease outbreaks on a continuing basis, and feed data into computerized command centers.

Communities must become better educated about the causes and symptoms of malaria, and how to eliminate brush and mosquito breeding areas from around homes. Larvacides can be used to kill mosquito larvae. Incentives and oversight must ensure that programs are working properly.

The number of nets distributed is irrelevant. The only valid test is malaria cases and deaths prevented.

A comprehensive program is a socially responsible program. Anything less is insufficient and immoral.