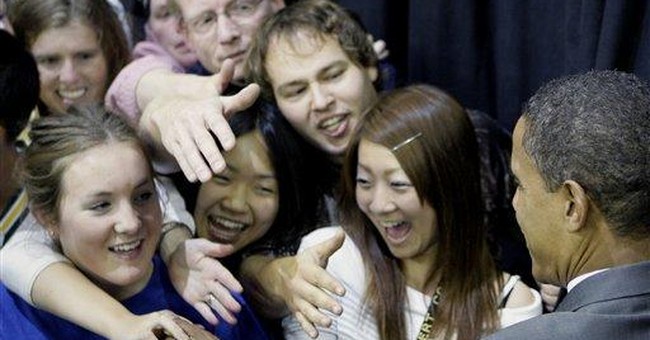 Initiatives like these create jobs – “green-collar jobs” in the vernacular of activists, politicians, PR firms and companies. Renewable energy and energy efficiency (RE&EE) industries already generate 8.5 million jobs in the United States, claims a 2007 report from the American Solar Energy Society, and could create “as many as 40 million jobs by 2030.”

That may happen, or may be wishful thinking. It depends on how terms are defined – and whether hype and hope are distinguished from reality, practicality and unintended consequences.

Many projects represent sound economics. Others would not survive without mandates, renewable energy standards and taxpayer-financed subsidies that the Wall Street Journal says are 100 times greater per unit of energy produced than those enjoyed by oil and gas

Some opportunities are limited by the nature of a community’s business sectors. Washington, DC’s government-centered sector, for instance, cannot easily take advantage of new technologies that enable smelters and factories to recycle waste heat to power turbines and generate electricity for the plants and nearby customers – or for power grids, if regulations and equipment permit such hookups.

Other opportunities are more myth than fact. Solar panels to heat water or generate electricity have a maximum lifetime of 30 years – but a century of energy savings is needed to equal the panels’ installation cost, says the Royal Institution of Chartered Surveyors.

Ethanol requires huge amounts of land, water and natural gas, to replace a tiny portion of our gasoline demand with an expensive fuel that drives up the cost of food and gets cars 10% less mileage per tank.

An even bigger problem with the green-collar vision is its ultimate goal: ending our “addiction” to fossil fuels and mandating “sustainable,” hydrocarbon-free lifestyles. This agenda is promoted by Senator Barack Obama, House Speaker Nancy Pelosi and the Apollo Alliance, a coalition of environmentalists, labor unions, civic groups and companies that want the United States to run only on conservation, efficiency and “clean energy,” through government control of energy and economic decisions.

Their agenda covers every conceivable facet of our homes, businesses, infrastructure and lives. Its consequences – good and bad, intended and unintended – would affect every sector of society.

Fossil fuels provide 85% of all the energy Americans use; nuclear power an additional 8%; hydroelectric another 3 percent. Wind and solar produce a minuscule 0.5% of total US energy.

Conservation, efficiency and renewables will not bridge this enormous energy gap, certainly not in one decade and probably not in four. To decimate the energy system we have – and claim we can replace it with technologies that don’t yet exist – is delusional and irresponsible.

Creating millions of green-collar jobs, via legislative mandates and taxpayer-funded subsidies, will require trillions of dollars (and vast mineral resources) to dismantle an existing infrastructure that works – and replace it with one that is mostly experimental. It will pink-slip tens of millions of direct and indirect jobs that depend on abundant, reliable, affordable energy from hydrocarbon and nuclear power.

Yet, not once have renewable energy proponents explained where that money will come from. How they will compensate workers, families, business owners, investors and pensioners whose stake in our current economy will be shrunk or obliterated. Or how their plans constitute “social justice.”

Producing oil and gas in the Arctic National Wildlife Refuge and Outer Continental Shelf would slash the $700 billion that America spends annually on foreign oil – and garner $3 trillion in lease bonus, royalty and corporate tax revenues, according to congressional and University of California calculations, plus another half trillion in worker income taxes. But RE&EE activists want to keep these areas locked up, and their resources, revenues and jobs perpetually off limits.

Catastrophic climate change remains the primary justification for this opposition to hydrocarbon fuels. But satellite measurements reveal no global warming since 1998, despite steadily rising CO2 levels. And climate models that predict disaster bear little resemblance to Earth’s actual climate. It’s no wonder hundreds of climate scientists reject the false “consensus” on climate chaos, as Lawrence Solomon’s book The Deniers, a US Senate report and the Heartland Institute’s 2008 conference demonstrate.

Many union leaders nevertheless support the anti-energy agenda. Some see mandates and subsidies as a way to increase government and service sector jobs, or retool some blue collar jobs to RE&EE substitutes. Others want to replenish under-funded union pension plans with revenues from massive taxpayer-funded renewable energy, efficiency and global warming “prevention” projects.

Even before the financial services implosion, the California public employees and teachers unions faced significant pension shortfalls. The Service Employees International Union pension plan covers its officers completely, but is only 75% funded for rank-and-file workers. Their self-serving advocacy of renewables and efficiency raises serious ethical, conflict-of-interest and portfolio risk questions.

As the new Washington-based think tank DC Progress emphasizes, we need more green-collar jobs. But we also need to safeguard existing jobs – and avoid killing the energy we have, before we develop the “new energy” that some keep promising. Otherwise, millions will freeze hungry and jobless in the dark.