Democrats Have Forfeited The Right To Discuss The Border Crisis

Paul Curry
|
Posted: Jun 30, 2019 12:01 AM
Share   Tweet
The opinions expressed by columnists are their own and do not necessarily represent the views of Townhall.com. 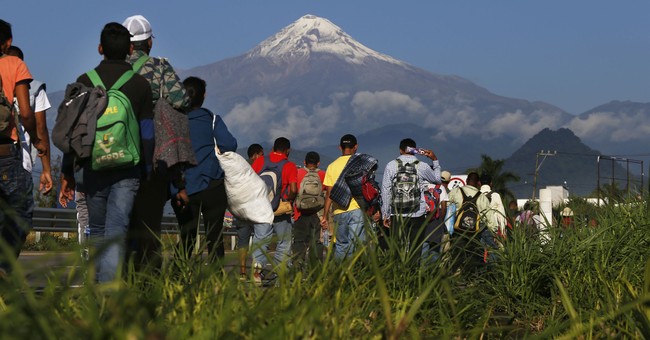 Former Vice President Adlai Stevenson once said, “A hypocrite is the kind of politician who would cut down a redwood tree, then mount the stump and make a speech for conservation.” It’s hard to imagine a better analogy than that for the way the current Democratic Party pontificates on the border crisis.

For 40 years the Democrats have done everything in their power to encourage and facilitate illegal immigration. They have relentlessly blocked any attempts to address and prevent the current rise of illegal immigration at our southern border. They have incentivized illegal immigration in every conceivable manner. Those who watched the recent Democratic debates, as painful as that must have been, have now witnessed their campaign to decimate our national sovereignty at a new level.

The debates, in all their lackluster glory, were nothing more than 20 progressives shouting in one voice their intention to make our illegal immigration crisis even worse.

Democrats have repeatedly defied national interests by increasing people's desire to illegally enter our country while tirelessly working to remove and prevent any impediments to such entry. The recent debates are evidence of such.

The candidates proudly declared their desire to allow for universal, free (U.S. taxpayer funded ‘free’) health care for all illegal aliens. Defunding ICE and ending deportations for illegals are among their stated goals. Many have gone so far as to adopt a policy of decriminalizing illegal entry into the U.S., and to be sure, all others will soon follow. Guaranteed social services, financial assistance, taxpayer-funded education and job placement would round out their bag of goodies. This is incentivization in its purest form.

Destabilizing border security and enforcement have become Democratic dog whistles. State, county, and local liberal politicians aim to frustrate the efforts of federal enforcement officers at every turn. This amounts to maximizing opportunity, plain and simple.

And now we have a border and illegal alien detention crisis. Surprise! It’s worth noting that the very Democratic politicians that now decry the “inhumane” actions of the Trump administration’s handling of the crisis are the same Democratic politicians that, for several years, denied said crisis even existed. They were eerily silent when President Obama’s administration put children in cages covered with tarps.

The Democrats have created this crisis and allowed it to flourish. And now they have the audacity to decry the current administration’s manner of addressing it. They have chopped down the redwood and are now mounting its stump.

Every day we hear about the ongoing opioid crisis in America and the horrors it brings. Imagine if heroin was heralded as a natural right or Oxycontin was government-mandated for all who wanted it. Would the very people championing the access, experimentation, and addiction really be suited to comment on the necessary detox centers and methods employed therein?

How does that differ from the left’s faux outrage at the Trump administration’s handling of a crisis the president inherited?

Trump wants to secure the border. Democrats fight him at every turn. The administration wants to enforce existing laws. Democrats obstruct him. ICE seeks to execute their necessary, lawful, and mandated duties. Liberals equate them to Nazis.

And now, rather than simply dumping illegal aliens on the streets or leaving them penniless in city bus stations, they’re taken to military facilities where they're provided with food, shelter, medical care, and due process. All the while the darlings of the left, Alexandria Cortez and Ilhan Omar, call them concentration camps. Equating humanely dealing with illegal immigrants to the single greatest crime in the history of human “civilization” displays not only a misunderstanding of both history and the current situation, but a complete disregard for the decency with which all Americans should conduct themselves.

The hypocrisy of the left is unfathomable, and they have forfeited any right to criticize the solution to the problem they created.