Love and Hate in Dixie 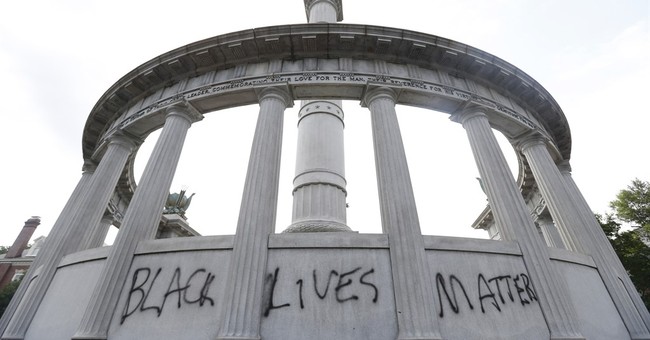 Trending
"I will never be able to hold her again, but I forgive you."

So said Nadine Collier, who lost her mother in the massacre at the Emanuel AME Church in Charleston, South Carolina, offering forgiveness to Dylann Roof, who confessed to the atrocity that took the lives of nine churchgoers at that Wednesday night prayer service and Bible study.

If there is a better recent example of what it means to be a Christian, I am unaware of it. Collier and the families of those slain showed a faithfulness to Christ's gospel of love and forgiveness that many are taught but few are strong enough to follow, especially at times like this.

Their Christian witness testifies to a forgotten truth: If slavery was the worst thing that happened to black folks brought from Africa to America, Christianity was the best.

Charleston, too, gave us an example of how a city should behave when faced with horror.

Contrast the conduct of those good Southern people who stood outside that church in solidarity with the aggrieved, with the Ferguson mobs that looted and burned and the New York mobs that chanted for the killing of cops when the Eric Garner grand jury declined to indict.

Yet, predictably, the cultural Marxists, following Rahm Emanuel's dictum that you never let a crisis go to waste, descended like locusts.

As Roof had filmed himself flaunting a Confederate battle flag, the cry went out to tear that flag down from the war memorial in Columbia, South Carolina, and remove its vile presence everywhere in America.

Sally Jenkins of The Washington Post appeared front and center on its op-ed page with this call to healing: "The Confederate battle flag is an American swastika, the relic of traitors and totalitarians, symbol of a brutal regime, not a republic. The Confederacy was treason in defense of a still deeper crime against humanity: slavery."

But if Jenkins' hate-filled screed is right, if the Confederacy was Nazi Germany on American soil, then not only the battle flag must go.

The Confederate War Memorial on the capitol grounds honors the scores of thousands of South Carolinians who died in the lost cause. And if that was a cause of traitors and totalitarians and about nothing but slavery, ought not that memorial be dynamited?

Even as ISIS is desecrating tombs in Palmyra, Syria, the cultural purge of the South has begun.

Governors are rushing to remove replicas of the battle flag from license plates, with Virginia's Terry McAuliffe the most vocal. Will McAuliffe also demand that the statues of Robert E. Lee and Stonewall Jackson be removed from Monument Avenue in Richmond?

"Take Down a Symbol of Hatred," rails The New York Times.

But the battle flag is not so much a symbol of hatred as it is an object of hatred, a target of hatred. It evokes a hatred of the visceral sort that we see manifest in Jenkins' equating of the South of Washington, Jefferson, John Calhoun, Andrew Jackson and Lee with Hitler's Third Reich.

What the flag symbolizes for the millions who revere, cherish or love it, however, is the heroism of those who fought and died under it. That flag flew over battlefields, not over slave quarters.

Hence, who are the real haters here?

Can the Times really believe that all those coffee cups and baseball caps and T-shirts and sweaters and flag decals on car and truck bumpers are declarations that the owners hate black people? Does the Times believe Southern folks fly the battle flag in their yards because they want slavery back?

The Times' editorialists cannot be such fools.

Vilification of that battle flag and the Confederacy is part of the cultural revolution in America that flowered half a century ago. Among its goals was the demoralization of the American people by demonizing their past and poisoning their belief in their own history.

The world is turned upside down. The new dogma of the cultural Marxists: Columbus was a genocidal racist. Three of our Founding Fathers -- Washington, Jefferson, Madison -- were slaveowners. Andrew Jackson was an ethnic cleanser of Indians. The great Confederate generals -- Lee, Jackson, Forrest -- fought to preserve an evil institution. You have nothing to be proud of and much to be ashamed of if your ancestors fought for the South. And, oh yes, your battle flag is the moral equivalent of a Nazi swastika.

And how is the Republican Party standing up to this cultural lynch mob? Retreating and running as fast as possible.

If we are to preserve our republic, future generations are going to need what that battle flag truly stands for: pride in our history and defiance in the face of the arrogance of power.