Another God That Failed 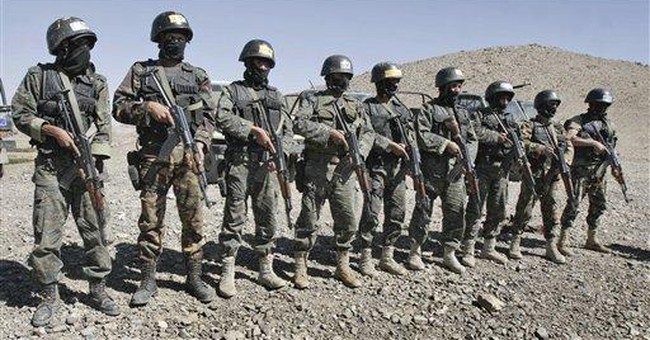 "America is Losing the Free World," was the arresting headline over the Financial Times column by Gideon Rachman. His thesis:

The largest democracies of South America, Africa, the Middle East and Asia -- Brazil, South Africa, Turkey, India -- are all moving out of America's orbit. "(T)he assumption that the democracies would stick together is proving unfounded."

President Lula of Brazil has cut a "lucrative oil deal with China, spoken warmly of Hugo Chavez," hailed Mahmoud Ahmadinejad on his election "victory" and honored the Iranian president with a state visit.

In the Security Council, South Africa sided with Russia and China in killing human rights resolutions and protecting Zimbabwe and Iran. Turkey has moved to engage Hezbollah, Hamas and Tehran, and spurn Israel. Polls show anti-Americanism surging in Turkey. From trade to sanctions on Iran and Burma, India sides with China against America.

The ruling parties in all four were democratically elected. Yet, in all four, democratic solidarity is being trumped by an older solidarity -- of Third World people of color against a "white, rich Western world."

Writing in World Affairs, Geoffrey Wheatcroft quotes author Aaron David Miller ("The Much Too Promised Land") that across the Middle East America is "not liked, not respected and not feared."

What makes this "frightening," says Wheatcroft, "is that many American politicians and commentators ... have yet to grasp this reality. Such ignorance is evident in the bizarre notion -- current even before George W. Bush took the oath of office -- that America not only can and should spread democracy, but that this would be in the American national interest. Why did anyone think this?"

Asks Wheatcroft, "If the United States is not liked or respected throughout the Arab countries, why on earth would Americans want to democratize them?"

Excellent question. Some of us have been asking it of the democracy-uber-alles neoconservatives for decades. Yet, these democracy worshipers not only converted Bush, they demanded and got free elections in Lebanon, the West Bank, Gaza and Egypt. Big winners -- Hezbollah, Hamas and the Muslim Brotherhood.

Wheatcroft quotes Eugene Rogan, who has written a history of the Arab peoples, that "in any free and fair election in the Arab world today, the Islamists would win hands down. ... (T)he inconvenient truth about the Arab world today is that in any free election, those parties hostile to the United States are likely to win."

Given free, inclusive elections in Saudi Arabia, Jordan and Egypt, there is a likelihood our allies would be dumped and leaders chosen who were committed to kicking us out of the Middle East and throwing the Israelis into the Mediterranean.

What, then, is the rationale for the National Endowment for Democracy to continue tax dollars to promote such elections?

In "World on Fire," Amy Chua writes that in Third World countries there is almost always a "market-dominant minority" -- Indians in East Africa, whites in South Africa, overseas Chinese -- which, in a free-market, attains higher levels of income and controls a disproportionate share of the wealth.

When democracy arrives, however, the racial, tribal or ethnic majority votes to dispossess these market-dominant minorities.

When colonialism ended in East Africa, Indians were massacred. The Chinese suffered a horrible pogrom in Indonesia in 1965, when the dictator Sukarno fell -- and another when Suharto fell. Picked clean, two-thirds of the 250,000 whites in Rhodesia when Robert Mugabe took power are gone. Half the Boers and Brits have fled Jacob Zuma's South Africa. In Bolivia, Evo Morales is dispossessing Europeans to reward the "indigenous people" who voted him into power. Chavez is doing the same in Venezuela.

Query: If democracy, from Latin America to Africa to the Middle East, brings to power parties and politicians who, for reasons religious, racial or historic, detest the "white, rich Western world," why are we pushing democracy in these regions?

Our forefathers were not afflicted with this infantile disorder. John Winthrop, whose "city on a hill" inspired Ronald Reagan, declared that, among civil nations, "a democracy is ... accounted the meanest and worst of all forms of government."

"Remember, democracy never lasts long," said Adams. "It soon wastes, exhausts and murders itself. There never was a democracy yet that did not commit suicide."

Added Jefferson, "A democracy is nothing more than mob rule, where 51 percent of the people may take away the rights of the other 49." Madison agreed: "Democracy is the most vile form of government."

The questions raised here are crucial.

If racial and religious bonds and ancient animosities against the West trump any democratic solidarity with the West, of what benefit to America is democracy in the Third World? And if one-person, one-vote democracy in multiethnic countries leads to dispossession and persecution of the market-dominant minority, why would we promote democracy there?

Why would we promote a system in an increasingly anti-American world that empowers enemies and imperils friends?

Is democratism our salvation -- or an ideology of Western suicide?