Paige Lewis
|
Posted: Feb 23, 2016 9:44 AM
Share   Tweet
The opinions expressed by columnists are their own and do not necessarily represent the views of Townhall.com. 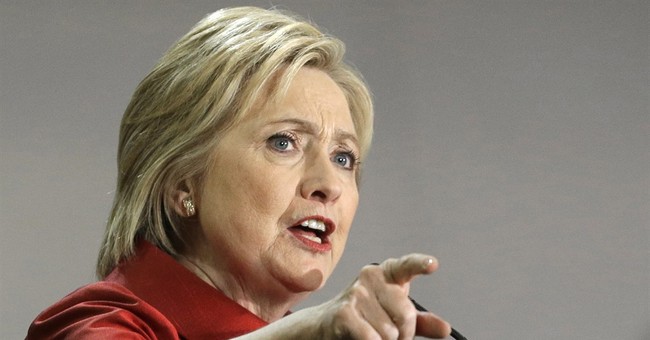 The crown of entitlement sits comfortably upon the former First Lady’s coiffure. That Faustian bargain was made in the last millennia when her Royal Hillaryness “stood by her man.”

Hillary Clinton will take S.C. over Bernie Sanders. In a completely predictable move, Rep. Jim Clyburn, U.S. House Minority Whip, pledged to support Clinton. He played coy for a short while, undoubtedly to work a deal before committing, but his support was inevitable.

If Jim Webb had stayed long enough in the race, I would have liked to have seen him meet with S.C. Democrats and offer a reasonable alternative to Clinton. It is too bad that Democrats did not give Martin O’Malley a chance, either. Although not the strongest governor’s record for the foundation of a presidential campaign, he doesn’t have the corrupt baggage of the Clintons, and he is not a socialist. Bernie Sanders is an interesting alternative, but he won’t draw the votes needed in S.C. The state party holds a strict allegiance to the party machine, and that means they will support Clinton in this cycle. S.C. Democrats have a strong grassroots organization that is well entrenched. However, in the past two years or so significant cracks in the Democrats’ political structure have widened quietly.

The conventional wisdom says that black voters in S.C. will vote for Clinton, which provokes a conversation about race identity and politics. Both Sanders and Clinton discovered this past week that black people live in America, meeting with so-called black leader Al Sharpton and other such power mongers who survive by shamelessly exploiting racial division and fears. While Republicans identify voters by issues, Democrats identify voters by race, ethnicity, sex, and sexual preferences.

A suspicious and significant number of black Democrats are quietly leaning toward the Republican Party, and that could possibly defy conventional wisdom’s prognostications. With leading black Republicans in elected office and serving as community leaders, the shift away from the Democrats is largely based on failing schools, lack of economic opportunity, and traditional values, particularly religious beliefs.

Clinton’s narrow win by a five percent margin in Nevada’s caucus Saturday slightly boosted her deflated campaign, and it is too soon to assume that she will sail smoothly into the sunset toward the Democratic nomination. Many long-time Democrats abhor her as much as Republicans do and for the same reasons: her penchant for corruption.

Older, conservative Democrats, a few of which still exist, feel nearly hopeless with their choices between the “shrill baggage lady” on the brink of indictment and the socialist “who will give away the store.” In the words of one prominent Virginia Democrat political activist who recently relocated to South Carolina, “We all know Socialism is pretty much a failure wherever it is in effect.”

These classic Democrats also see Donald Trump as an “arrogant, egotistical bully,” who, like the Clintons, will do anything, no matter how ruthless and unethical, to gain and maintain power.

Conservative-to-moderate Democrats regret Jim Webb’s early departure, O’Malley’s raw deal in the media and debates, and a general lack of options in the 2016 election cycle. Notable Democrats, such as Mark Warner, would have offered voters a respectable politician with business smarts and an attractive political resume of accomplishments, which by contrast advertises Clinton’s career of scandals, little significant private-sector experience, and resounding domestic and foreign policy failures.

While listening to Democrats bemoan the lack of leadership in their party, we also hear them express deep disappointment in Obama’s two-terms in the White House, who undoubtedly set himself up for failure by promising nearly impossible superlative achievements, such as taming the oceans, but also moderate goals of a transparent administration, holding big business responsible for the banking collapse that set off the Great Recession, and his overall lack of ability – or willingness – to solve long-term issues in the rising national debt and the illegal immigration crisis. Mr. Obama kept U.S. troops in Iraq longer than George W. Bush’s exit plan, and he still has not closed Guantanamo Bay as promised. In regards to environmental policy, the sky is still scheduled to fall on January 20, 2017.

Older, wiser, and more realistic Democrats realize what a pickle their party is in. Even more ominous is the possible nightmare that a contest between Clinton and Trump would be for the entire United States of America.