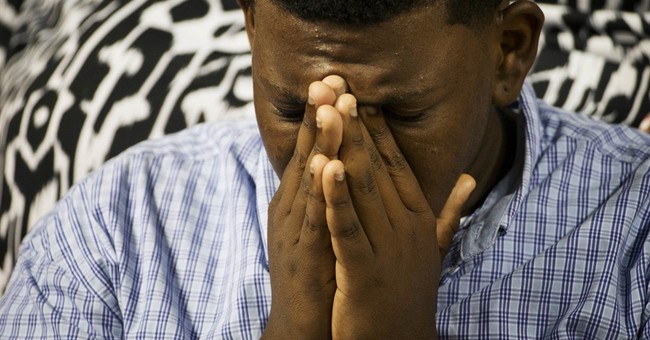 “A little learning is a dangerous thing;

drink deep, or taste not the Pierian spring:

there shallow draughts intoxicate the brain,

and drinking largely sobers us again.

“Wrong Church. Wrong People. Wrong Day.” Dylann Roof allegedly said he wanted to start a race war, and Emanuel A.M.E. Church responded. They refused to give in to temptation. So shall we all.

Political activist groups descended on Charleston like ravens hunting carrion at the old meat market on Market St. These forces for division constantly instigate conflict, and race is their favorite wedge issue in America. Once the mayor of Charleston, Joseph Riley, opened the door for conversation about the Confederate flags and gun control during a highly emotional interview immediately following the shooting at Emanuel A.M.E. Church, the flood of backlash rushed throughout the country. These divisive agents thrive on stirring up fears among black Americans, often demonizing the Old South. Remember V.P. Joe Biden’s warning to a black audience in Danville, Va., that Republicans “were gonna put y’all back in chains”? Shameful and tacky demagoguery.

Pres. Obama admitted that the Confederate flag flying at the Confederate Memorial in front of the Statehouse did not kill those nine people at Emanuel A.M.E. Church, but he continued to blame the square piece of cloth rather than the killer himself. For the president once again to use Americans’ despondency for political gain is the audacity of ego.

A deeper look into history shows us that slavery in North America began under the British, Dutch, French, and Spanish flags, with logistical help from Portugal, Sierra Leone, Ivory Coast, and Senegal. The Atlantic slave trade continued until 1808 under the American flag by Massachusetts, Rhode Island, and New York merchants. American slavery ended in 1865, after the War Between the States ended. If the U.S. had gone to war to end slavery, they would have passed the Thirteenth Amendment immediately after the Confederacy formed in 1861. If the slaveholding states seceded, formed the Confederacy, and went to war simply to defend slavery, they wouldn’t have spent eighty years fighting the expansion of the federal government over taxes, foreign trade, judicial decisions, and banking practices (much like today).

The British confiscated slaves just as the Union did for their own military use. The British used American slaves as tools of war, just as Lincoln did. Both knew of the personal, genuine attachments between slave and master, and to suggest otherwise is an obtuse understanding of humanity. The British deliberately offered freedom to American slaves as a negotiating tool and to weaken the Americans’ morale. Lincoln and the Union followed the British’s example. That is why the Emancipation Proclamation applied only to Confederate States, and not to American States. Slaves in Maryland, Delaware, Missouri, and Kentucky were not affected.

Lincoln and his advisors held little concern for the future of the soon-to-be-free American slaves. Their goal was to destroy the Confederacy, not liberate her slaves. Lincoln’s plan was to deport them to Liberia, Africa. To the British and Lincoln’s Republicans, American slaves were tools of war and politics.

Legal and de facto racial discrimination and resistance to equal civil rights were acted out under the American flag for several decades following the Civil War. These injustices had nothing to do with the Confederacy, but a great deal to do with the vigilante group, Ku Klux Klan, who hijacked not just the Confederate flag but the American and Christian flags. The time to object to this hijacking was in previous decades, but too few people spoke up, perhaps out of fear of retribution.

The study of race relations in America cannot be sipped like a taste of fine bourbon. It must be gulped down like a vat of fresh mountain water in the Mojave desert.

The hysterical vilification of Confederate symbols by the left and some on the right is not based on historical evidence as much as political rhetoric and distorted history, and it manipulates guilt and fear that these symbols will yield new oppression. Attempts to correct historical inaccuracies instantly lead to charges of defending slavery and racism.

For too long, America’s belief in individual freedom failed generations of black Americans. This painful history is the Achilles Heel of the most prosperous and freest society in the history of the world.

Truth be told, one-sided history is not history at all. It is propaganda. Removing Confederate symbols as a panacea for race relations is simply a red herring, a distraction from the real issues we face, and provides an excuse for the gaps in our philosophies.

Ideally, to provide a graceful compromise, the S.C. General Assembly should respect historical integrity and replace the battle flag with the First National Confederate Flag, an historically accurate symbol that has not been tainted forever by the hateful, violent elements of society. As long as we allow the worst of our society to control our thoughts and our identity, we are not a “republic . . . one nation, under God, indivisible, with liberty and justice for all.”

Now that South Carolina has removed the battle flag flying at the Confederate Memorial, the future is uncertain of any replacement, any compromise. We are tired. Our state and city have been subjected enough to the national condemnation and voyeurism. We need time to mourn in peace.