Against Extremism, Not Against Each Other 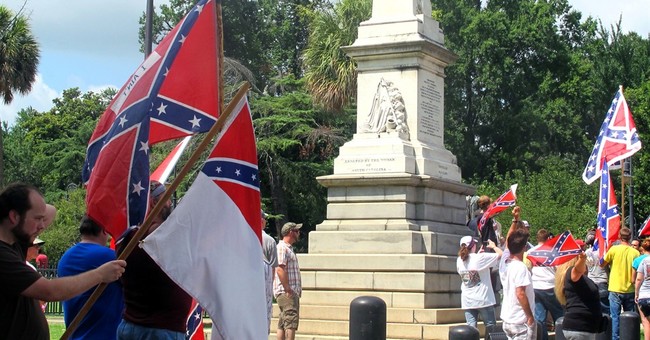 Dear Charleston, the past few weeks have been some of the longest and most distressing I can remember since Sept. 11, 2001. Then, as now, Americans turned to God, prayed together, and attended church in higher numbers. Stories of suffering and heroism were shared. Patriotism erupted. We felt more united as a country.

Fear also set in. Fear of a similar attack. Fear of looming war. Fear that we would never be safe, never be the same. We weren’t.

Violence inflicted by a human being onto others provokes heightened feelings of shock, confusion, sadness, anger, and grief. Tragedy propels us on a quest for understanding and meaning, which can be diverted to blame and escalate to scapegoating if we are not careful.

Violence has been rationalized by every possible means: religion, love, greed, vengeance, self-defense, and honor, for starters. Al Qaeda cited their allegiance to Allah for their attacks on the U.S. in 2001. Some Muslims denounced the attacks and defended Islam as a peaceful religion. Along with those planes, Al Qaeda hijacked the religion of Islam.

President Barack Obama cautioned that we should be “against the extremism of Islam, but not against Islam.” Given this line of reasoning, then, the president and the rest of the country ought to afford the same understanding and respect to the Confederacy and its descendants as they do to Muslims.

In the aftermath of the extreme violence of June 17, 2015, we have witnessed the scapegoating of a long-passed nation, Confederate States of America. The frenzied compulsion to remove all symbols of the Confederacy is political manipulation of a tragedy. The white, paranoid killer of nine black disciples of Christ rationalized his violence by a belief in white supremacy and is photographed displaying the Confederate battle flag. He hijacked that symbol of the “Lost Cause.”

White supremacy is not unique to the Old South, and descendants of the Confederate South are no more racist or violent than other Americans or other peoples. The collective pain of the past two weeks is proof that regardless of ancestry and politics, the paranoid delusions of one young man do not define the South and its cultural symbols. Nor do they define America and Christianity. Dylann Roof represents the Confederacy like Westboro Baptist Church represents Baptist Churches and Al Qaeda represents Muslims.

Historically, American culture and political philosophy are based on the Neo-Classical principle of moderation. By keeping our passions in check with reason, we can avoid the destruction that so often plagues cultures past and present.

Emotions are high, and it would be best if we dealt with these issues once we have time to mourn and deliberate thoughtfully. To politicize people’s grief for political gain is reprehensible. However, voices of division, such as N.A.A.C.P., Black Lives Matter, National Action Network, and Black Panthers are working hard to create and maintain that wedge of division and are demagoguing this issue, Southern culture, and America.

Instigators of hatred seek to divide and conquer through racial tension and class warfare, by appealing to our baser instincts. As Dr. Ben Carson put it, “We are being torn apart as a nation. We are not each other’s enemy. The enemy is those who drive wedges into any kind of crack instead of solving the actual problems.” Driving the conversation toward Confederate symbols is divisive, as we have seen throughout the country since the massacre, and it doesn’t solve the actual problem.

The conversation we should be having is what we are doing to our children that they become isolated, lonely, angry, and lack a sense of purpose for their lives. If Roof had had the childhood that Rev. Clementa Pinckney or any of those other eight victims had had, we would not be having this conversation at all.

Instead of feeding off of people’s fears, let us talk about how we can spiritually and emotionally feed our children with the love of a God who created us for His glorified purpose. First, we must begin with ourselves.