Oliver North  |  Jul 18, 2008
The opinions expressed by columnists are their own and do not necessarily represent the views of Townhall.com.
Top Columns
Trending on Townhall Media 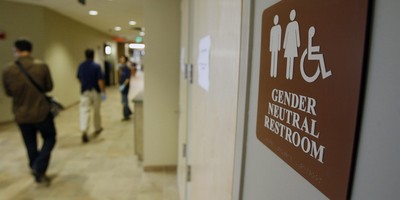 PAWLEYS ISLAND, S.C. -- Here in the Carolina Lowcountry, there is considerable consternation about this week's meeting in Switzerland between U.S. and Iranian diplomats. Such confusion is understandable, given the longstanding Bush administration policy against such meetings, recent events in that part of the world, and the way in which the State Department and White House announced the July 19 get-together. In short, what has been happening in that part of the world and what Washington is saying now just don't match. And that's very dangerous.

Last summer, the government of Israel began significantly improving measures to protect their civilian population. Civil-defense enhancements include new bomb shelters, stockpiling food and water, distributing upgraded chemical-biological protective equipment, radiation detectors, and drills so civilians know where to go and when in the event of an attack. Though these preparations have been discussed and debated openly in the Israeli press, they have been widely ignored by the mainstream media in the U.S.

On Sept. 6, 2007, the Israeli air force carried out a night raid on a Syrian nuclear facility being built with North Korean assistance near the Syrian-Turkish border. According to U.S. intelligence officials, the site was completely destroyed without the loss of any Israeli aircraft. Such a strike required at least the tacit agreement of authorities in Ankara. Notably, the raid prompted only muted complaints from Arab governments -- a fact not missed by Israelis contemplating military action against Tehran.

Last week, the U.S. Treasury Department imposed new economic and banking sanctions against individuals and corporations connected to the Islamic Revolutionary Guard Corps. In making the announcement, Stuart Levey, the Treasury's undersecretary for terrorism and financial intelligence, said, "Iran's nuclear and missile firms hide behind an array of agents that transact business on their behalf."

A day later, the ayatollahs and the IRGC responded with a series of missile and rocket launches. Though their propaganda coup was compromised by doctored photos, the message was clear: The Iranians have the ability to sow death and destruction well beyond their borders. U.S. officials jumped to reassure Tehran's nervous neighbors that the "U.S. will defend (its) allies in the region" and that the missiles fired were "old technology." Yet the Iranian claim that "more than 30 U.S. and NATO bases are within (their) reach at the push of a button" is no boast.

That's why the sudden decision to send William Burns, the undersecretary of state, to accompany a European Union delegation for meetings with the Iranians is so confounding to so many. It ought to be clear that the "sanctions-incentives" approach long advocated by the United Nations and the EU has not worked. State Department spokesman Sean McCormack says that this Saturday's face-to-face confab with Saeed Jalili -- Iran's top "nuclear negotiator" -- represents "no change in the substance, but it sends a strong signal." Unfortunately, it may be the wrong signal to send.

Given preparations in Israel -- both civil and military -- it should be evident that the government in Jerusalem has decided they no longer can hope that the "international community" is going to prevent the Iranians from launching an attack. They now believe that they will have to act in their own self-defense soon.

For five years, various Israeli administrations have bided their time as the toothless International Atomic Energy Agency pleaded for answers to their inspectors' questions about Iranian nuclear weapons production. The Israelis waited patiently as the very docile Javier Solana delivered increasingly lucrative "incentives" to Tehran, only to be diddled by apocalyptic ayatollahs and their diminutive, but dangerous puppet, Mahmoud Ahmadinejad. Meanwhile, the Iranian nuclear weapons program proceeded unabated.

Israel's very survival could well depend on what happens in the next few months. If the outcome of this week's meeting in Switzerland is more of the same -- "Wait and see what the Iranians think about our new proposal" -- then military action is all but certain.

The government in Jerusalem is well aware that a strike at Iranian missile and nuclear facilities will have profound, long-term consequences. The Israelis don't want to launch a pre-emptive attack before Nov. 4 because they don't want to affect the outcome of the U.S. presidential election. Nor do they want to deal with the post-inaugural uncertainty of a new administration in Washington. Between now and then, someone had better figure out how to stop Iran's nuclear weapons program, or the Israelis will do it for us.