All That Glitters Is Not Gold . . . Obama vs. McCain 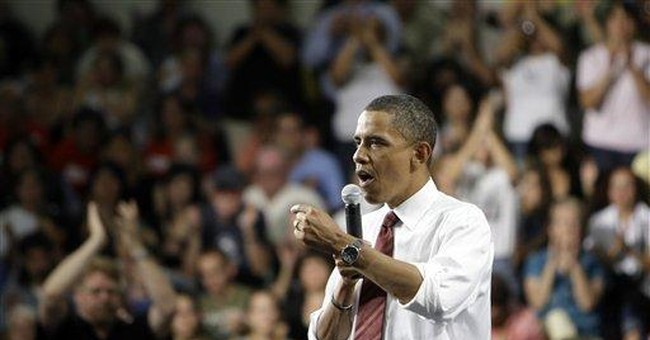 There was an entertaining Peter Sellers movie in the late 1970s’ called Being There. It was about the rise of an unknown, simple gardener named Chance, to be the candidate for president. He fascinated the clueless elite because he spoke in such sweeping, symbolic, erudite terms . . . in their opinion. All conversations made him seem so brilliant when really he was just talking about planting, seasons, seeds, etc. The adoring crowds even misunderstood his name and thought it was Chauncey Gardener . . . when really, he was just, Chance, the gardener.

Barack Obama is this generation’s Chauncey Gardener. He rose from absolute obscurity to be the darling of the elite who hang on his every word and get chills up and down their spine when he speaks. But, when he speaks, what does he say? His depth of articulation is tantalizing, as was Chauncey’s, but when you unravel it, and analyze it, there really is no substance to it.

In the Saddleback Forum that Rick Warren hosted on Aug. 16, Barack was stripped of props, sycophantic media, and pre-prepared talking points and the world saw that all that glitters is not gold. Even on key issues of major concern for a huge segment of the electorate, like abortion, his answer rambled and meandered to an ironic dead-end when he basically said, “It was above his pay grade.” That might be one of the most intriguing self-fulfilling prophecies uttered by a presidential candidate in history. He, who has opinions about everything from the war in Iraq to off shore drilling draws a blank when it comes to killing unborn babies that are fully viable, and sidesteps the question with a condemnation of his own abilities. It suggests that he has actualized the Peter Principle and should not be further elevated to a position of incompetence, that truly would be above his pay grade serving as President.

The attraction of Barack Obama by so many is his seemingly flawless performance and smooth style which reminds people of what leaders look like when they are comfortable in their own skin . . . the way Chance the gardener was. The problem is though, if you dissect what Barack says, it is full of platitudes and motivational rhetoric. And because he is fun to listen to, no one really hears what he is saying. If you ask any Barack supporter what he has done, what bills he has passed, what qualifies him to be president, most say, he wants change and so do they. That was how Chance got so much support too, and there was never an accounting, a deeper questioning of who and what he really was, until it was too late.

At the Saddleback Forum, you could see a clear distinction between the golden boy, Barack Obama, and the grumpy old man, John McCain. The only problem was . . . Barack’s gold was flaked and thinning and McCain’s grumpiness gently morphed into a strength of character and integrity that he has not shown this entire campaign. The short, direct answers to tough questions, when taken out of context, could have been perceived as being curt or a product of grumpiness. But when placed in the context of plain questions being asked of someone who wants to lead an entire nation, the simple responses were brilliant because they signaled resolve and gravitas. There was a depth of character that resonated with each response because you knew it was his heart, not his political head, answering the questions.

Barack on the other hand seemed irritated to have to answer tough questions without the drooling media covering his every gaff. He was off his game without notes or briefing papers and seemed ill-equipped to dig deep and respond from his heart. He was well-briefed, but briefing cannot compensate for lack of substance and foundational absolutes. His flowery rhetoric and non-answer sound bites just were not cutting it, and the crowd knew it.

When the old prospectors would be mining for gold, they would find fool’s gold that glittered on the outside but was dusty and unimpressive on the inside. There was no there there. But at the same time, they would occasionally come across a nondescript, brown, round rock, that when split open, would reveal a nest of crystallized gemstones. That is the new distinction that is slowly emerging as the dust settles around both candidates. Conservatives who in the past wrung their hands in frustration at the election choices, got a glimpse at the inside of McCain’s rough and blemished rock and saw the beauty of resolve, the sparkle of integrity and the refracted reflection of a man who has communed in the suffering of Christ.

How interesting that the choices in this election cycle should so wonderfully parallel not only the choices we have in life, but who we are as a nation. We have the glittery elite who foolishly believe the world revolves around them and we have the vast majority of Americans who quietly chip their lives out of granite blocks of humility, hard work, loyalty and perseverance. The outside of their existence might not look as exciting and glamorous as those who worship at the alter of appearance and fame, but their hearts are made of gold. Their hearts weep at the idea of an unborn child being ripped from its mother’s womb and they are vilified for this compassion.

When John McCain said that the time a human being should be given human rights equal to the rest of us was at conception, he separated himself from a legion of individuals who cringe at the idea of touching the sacred third rail of domestic politics . . . abortion. But what they don’t realize is that the numbers are on his side. There have been over 40 million abortions performed since 1972 which means that is about 80 million men and women who have been impacted by that choice. Add to that would-be grandparents, nieces, nephews, aunts and uncles and friends, and you will see that every single person in this country has lost a friend or a relative to the ravages of abortion. But to speak out against this holocaust is a sacrilege to those who cower in the corners of political correctness while courage takes a stand.

John McCain might not glitter like the golden boy Barack Obama, but his substance and integrity are undeniable. The movie Being There, ends without us knowing if Chance wins the election or not, but it was clear, there was a point of sobriety that hit those who knew there was no there there and to elect him would be a disaster for the nation. Conservatives can prevent this disaster, by looking in the heart of the rock and making the right choice that could save lives.