Has ISIS Made it to Afghanistan? 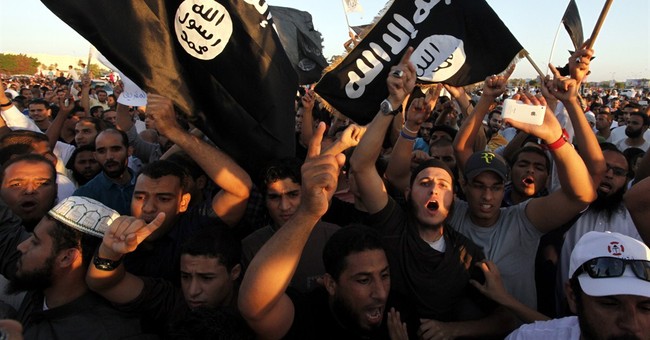 Afghanistan: In Bamiyan Province in central Afghanistan, a local mullah who claims to represent the Islamic State of Iraq and the Levant (ISIL) ordered his acolytes to close a clinic and a girl's school. He ordered families to not let their girls attend school.

Comment: A search found only this single reference to an ISIL presence in one district of Bamiyan, which would be another expansion and an unusual one. Most people in Bamiyan are Shia Muslims of the Hazara nation. They support education for girls and modern medicine. ISIL is primarily a Sunni Arab movement with an increasing number of Western adherents.

During the past 14 years, a small force of New Zealand soldiers protected Bamiyan's Hazaras from Taliban inroads and atrocities, which promoted modest development. The New Zealanders are gone, so the Hazaras must rise again to defend their unique culture and heritage.

Several knowledgeable analysts have suggested that the ISIL brand appeals to some Afghan youths because it is activist and outrageous. Some of the young Pashtuns reportedly consider the Taliban strategy of outwaiting the enemy as passive and cowardly. Other anti-government youths consider the Taliban to be a Pashtun movement, whereas ISIL has room for all devout Muslims.

Iraq: News sources reported that ISIL murderers burned to death 45 people in the town of al-Baghdadi in western Iraq.

The Iraqi authorities are unable to identify the victims. However, al-Baghdadi has resisted prior ISIL attacks for over a year. Authorities think some of the victims were security force defenders of the town.

Comment: ISIL is almost indiscriminate in whom it executes: Jews, Christians, Muslims and other sects. The latest atrocities show that ISIL groups are trying to outdo each other in their disregard for life.

Horror has an internal logic that leads groups to strive to outdo each other in inflicting and sensationalizing brutality, much like modern horror films. The outrages will get worse because people quickly become inured to horror and the increased barbarism is not having the terror effects ISIL leaders apparently seek. Readers should expect to see videos of still greater depravity in the name of Islam.

ISIL was having success when it kept the civil war within Islam: Sunni vs Shia; tolerant Sunni Islam vs radical fundamentalist Sunni Islam. Lately, some ISIL groups or leaders have chosen to expand the Muslim civil war -- before its outcome has been decided -- into a conflict against what they call Christianity.

In their ignorance, some ISIL leaders misunderstand that in attacking "Christians" because they are Christians, they will metastasize the Muslim civil war into a struggle between a modern, technologically and overwhelmingly powerful civilization and a fatally flawed vision of a brutish seventh century culture.

Ukraine: On 17 February, the eastern Ukrainian rebels claimed to control most of Debal'tseve. The defense minister for the Donetsk People's Republic (DPR) said his forces now control 80 per cent of the town. Kyiv authorities admitted to losing ground in Debal'tseve.

Comment: Russian President Putin said today that the encircled Ukrainian forces in Debal'tseve failed in an attempted breakout. Ukrainian attempts to rescue those forces also have failed.NightWatchjudges that a humanitarian and a military disaster are imminent, unless the Ukrainians withdraw from the Debal'tseve pocket.

Cameroon: On Tuesday, an army colonel said Boko Haram militants attacked a military base at Mabass and killed at least five soldiers before fleeing back into Nigeria.

Comment: Almost all Boko Haram attacks in Cameroon occur in the far north. Nigerian refugees almost always are present in the villages. The Cameroonian soldiers do not always win, but they always seem to fight. The hit-and-run tactic is a sign of weakness in Boko Haram's capabilities.

Nigeria: Boko haram conducted several attacks in northeastern Nigeria on the 16thand 17th. The Islamist rebels torched government buildings in one town and clashed with government soldiers in another.

Comment: The security situation has not changed. The Nigerian federal government is in a power-sharing arrangement with Boko Haram in parts of the northeast. Recent clashes have helped define the extent of territory that either side controls.

The only tentative signs of change are that Boko Haram is on the defensive in some border areas and some Nigerian soldiers appear to be performing more professionally under fire. They are not throwing down their guns and running away. The occasional presence of Nigerian combat aircraft overhead during a clash seems to reinforce military discipline and to improve performance.