Kurdish Forces Make Another Attempt to Take on ISIL 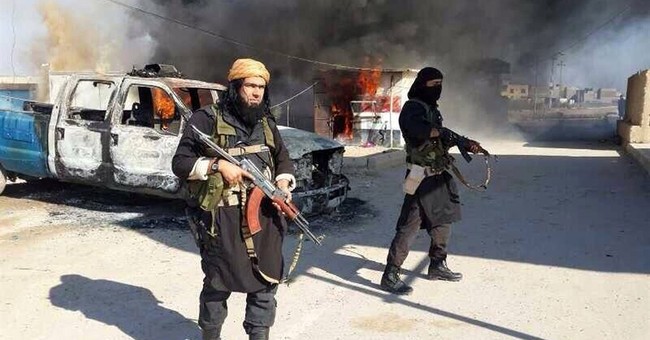 The Policy Department wrote, "Improving and developing inter-Korean relations is the task of the times which brooks no further delay… "

The statement made three demands.

1.The South Korean authorities must not chatter indiscreetly while interpreting to their own taste the measures we have taken in the history of the nation.

2.The South Korean authorities must not commit a sin of disappointing all the compatriots with totally different words and deeds.

3.The South Korean authorities must clearly know that they would be unable to escape stern punishment, if they persistently object to our appeal in the history of the nation.

"Our army and people will manage with resolute punishment, in case they continue to challenge our historic measures which are to connect the severed ties and bloodline of the nation and to bring about a great turnabout and a great change in North-South relations."

Comment: Yesterday's statement is more authoritative than other recent statements because the National Defense Commission is the highest policy-making organization in North Korea. The statement does not contradict earlier statements, but its tone is angry and impatient. The Policy Department accused the South of manipulating and twisting the North' s proposals to suit their own "taste."

On the 19th, South Korea offered a long list of action items for improving inter-Korean relations. They include:

-- running a test train on the western railroad line that links Seoul and Pyongyang and Sinuiju, on the China border; ----

-- establishing a logistic route from South Korea to the east coast port of Rajin and, via the railroad line to the Russian city of Khasan, ultimately linking to the Trans-Siberian Railway;

-- preparation of events jointly celebrating the 70thanniversary of the defeat of Japan; and,

-- joint projects in humanitarian, environment and cultural fields as part of the celebrations.

The South Korean proposal also informed North Korea that Allied exercises Key Resolve and Foal Eagle will be held in March, as planned.

Comment: The South Korean proposals, if accepted, would do more to achieve physical reunification than almost any actions since the North-South summit in 2000. The North seems to have interpreted them as grandstanding. North Korea can do nothing comparable.

Yesterday's Policy Department statement seems to be a reply to the South Korean offer. It does not reject inter-Korean talks and projects. Rather it appears to be a warning to the South to not upstage the North and to not bring the Allied connection into the inter-Korean discussions.

Oddly, it threatens coercion to induce South Korea to accept North Korea's proposals as offered. The North should understand that the time for those kinds of threats ended in 1988, the year of the Seoul Olympics.

India-US: During the US President's visit, the US and India announced a breakthrough that will allow American companies to supply India with civilian nuclear technology. Indian Prime Minister Narendra Modi said the nations were embarking on a "new journey" of co-operation, with stronger defense and trade ties.

Pakistan's reaction. Pakistani commentaries are split. One group wrote that closer US-Indian ties posed no threat to Pakistan because Pakistan's relations with the US are strong.

Another group wrote that close US-Indian ties represented a huge foreign policy failure. "It is not easy to ignore the US President, while sitting in New Delhi, saying that the United States supports India's bid to become a permanent member of the United Nations Security Council."

Comment: Agreements on sales of US civilian nuclear technology to India had been blocked for years for a number of reasons, including a conflict of laws on liability for a nuclear accident and the US insistence on monitoring US technology in Indian reactors. The nuclear deal is important because it will open up relations in other domains, including trade. Prime Minister Modi only touched on defense ties, but the ripple effects of the breakthrough should facilitate and, possibly, accelerate a wide range of defense sales and exchanges.

Most Pakistanis will take the darker view of the visit. For one thing, the US President only visited India. The US approved $2.5 billion in military and non-military aid in December and January, which outraged the Indians. However, the very nature of the Indian arrangement is different -- more mature, arm's length and with near equality of bargaining. The Pakistani relationship is a dependency.

Pakistani strategists will understand the US President's visit to signify a US tilt to India, not just to Asia. Readers should expect Pakistan to react by strengthening its ties with China.

Pakistan: By Monday, electricity has been restored to most of Pakistan. On Saturday night, however, more than 140 million Pakistanis - up to 80% of the population - lost electricity because militants destroyed a power transmission tower. A spokesman said, "The blowing up of two power pylons in Nasirabad last night created a massive power surge. Pakistan's Energy Minister tweeted: "On the Prime Minister's directive, we are not to sleep until this problem is resolved."

Cities that experienced a full or partial blackout included Islamabad, Karachi, Lahore, Peshawar and Quetta. One commentator lamented that a major fault in one part of the network could cause nationwide disruption.

Comment: Pakistan has longstanding, severe energy shortages in normal times. Blackouts are frequent and may last from 15 to 20 hours. The key point is that electricity is one of the most vulnerable and easily accessible public utilities in a modern state.

Pakistan has almost no redundancy in its power distribution systems, which would enable it to mitigate damage. All it took was the destruction of two pylons to darken most of a large country.

Iraq: On 23 January, Kurdish forces fired 20 Grad rockets into Mosul. This is the first Kurdish attack against the main base of Islamic State of Iraq and the Levant (ISIL) forces in Iraq. ISIL said the rockets killed 30 civilians.

Comment: It is a minor event in the war, but it strengthens Kurdish claims that they are taking back ground from ISIL and nearing Mosul in their weeklong offensive from the northwest. It is a statement of intent.

Comment: US and other sources would not confirm the Kurdish claims. If the claims are accurate, the recovery means that with limited US air support, the Syrian Kurds and their allies took four months to drive ISIL from Kobani.

This might be a strategic victory for the Kurds, but it is a tactical setback for ISIL. That is because the Syrian and Iraqi Kurds intend to secure the Kurdish villages around Kobani and defend them. The fighting at Kobani has never been the leading edge of a general offensive that might threaten Ar Raqqah, ISIL's headquarters.

It is a mixed success in another sense. ISIL held most of the town and its surrounding villages for four months without effective air defenses. The battles for Kobani enabled ISIL to measure the effectiveness of the US air campaign. The loss is a setback to its operations to secure the northern border towns, but the Syrian Kurds do not threaten ISIL.

Kurdish sources said that fighting will continue because ISIL still controls hundreds of villages outside Kobani. The threat of an ISIL counter-attack also persists.

Yemen: Parliament postponed yesterday's deliberations about accepting the President's and the cabinet's resignations. Thousands of anti-Houthi protestors demonstrated in Sana'a in support of President Hadi and against the Houthis. Houthi militiamen displayed no qualms about using force to control and disperse the demonstrators.

On 26 January, the US Embassy announced that it would halt routine consular services indefinitely. The statement said the decision was made "out of an abundance of caution and care for our employees and others who may be visiting the embassy." In its statement, the US embassy said it was "unable to provide routine consular services and will have very limited ability to assist with emergency cases involving U.S. citizens" given the government resignations and "the ongoing security concerns."

Comment: The Houthis demonstrated that they have effective control of Sana'a by their handling of the demonstrations. They still have made no claim to have taken over the government.

News services reported that intense political negotiations taking place. An important question is whether the resulting regime will be hostile to the US and Israel. The first US drone attack in Yemen since President Hadi resigned suggests the US is optimistic about dealing with a successor government.

Of course, a renewed civil war would render moot all the negotiations and maneuvering.

Ukraine: On 25 January, eastern Ukrainian rebel forces advanced against the town of Debal'tseve to encircle Ukrainian forces there. The Ukrainian military said seven Ukrainian soldiers had been killed and 24 wounded in the past 24 hours, with heavy fighting at Debal'tseve.

The government in Kyiv ordered a state of emergency for the Donetsk and Luhansk regions and placed all Ukrainian territory on high alert.

On 24 January, rebel forces moved towards Mariupol. Rockets hit a market, two schools, homes and shops, reportedly killing at least 30 people. Ukrainian authorities said the rebels had begun an offensive against the town. Rebel authorities denied they had any intention of attacking Mariupol.

Comment: The attacks suggest that Donetsk leader Zakharchenko was not bluffing about the ability of his forces to mount more than one offensive simultaneously. A major attack on Mariupol also would clarify Zakharchenko's intentions about .his ultimate territorial goals. It would mean he wants to take all of Donetsk Oblast.

The operation at Debal'tseve has the objective of eliminating the government-controlled bulge inside rebel-controlled territory at that location.

Nigeria: On 26 January, the Nigerian armed forces claimed victory in repulsing a large force of Boko Haram fighters who attempted to seize the city of Maiduguri on Sunday. Boko Haram militants attacked from multiple directions. Nigeria's defense ministry tweeted that coordinated land and air operations were used to repel the attacks and a curfew had been imposed to prevent enemy fighters from escaping Maiduguri. Nigeria claimed 200 fighters died in the fighting; most were militants.

A separate Boko Haram force simultaneously attacked the town of Monguno and captured military stores from the garrison there. After initially resisting the militants, the Nigerian soldiers withdrew to Maiduguri.

Comment: Monguno is a town of about 100,000 people in northeast Nigeria. It is located about 85 miles from Maiduguri. Maiduguri is the largest city in the northeast and has more than 600,000 people.

Boko Haram needs to capture Maiduguri to claim it has control ofthe northeast. Maiduguri is the birthplace of the Boko Haram movement. It also is the capital of Borno State, which Boko Haram wants to be the center of its caliphate.