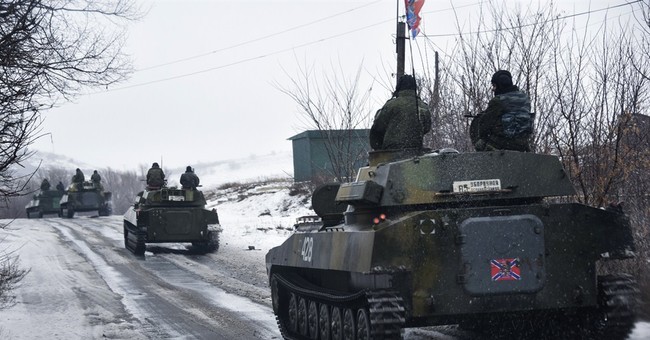 On 20 January, the Korean Central News Agency (KCNA) published a report about the joint meeting of the government, political parties and organizations of the Democratic People's Republic of Korea (DPRK, aka North Korea). The meeting took place at the People's Palace of Culture on Tuesday to carry out the tasks for national reunification set forth by Marshal Kim Jong Un in his New Year address.

According to KCNA, the meeting discussed the agenda item, "On opening up a broad avenue to independent reunification with concerted efforts of the entire nation this year marking the 70th anniversary of national liberation in hearty response to the historic New Year address of respected Comrade Kim Jong Un."

"The DPRK is ready to have candid discussions on all the problems arising in mending the north-south relations and boldly settle them."

"It is possible to resume the suspended high-level contacts and hold inter-sector talks if the South Korean authorities are sincere in their stand on improving the inter-Korean relations through dialogue."

Comment: The absence of any mention of a summit indicates that the senior leadership is not ready to support that without significant progress at lower levels of contacts, which would be normal. The reference to high-level contacts and inter-sector talks responds to the South Korean proposal reported on 29 December. The South Korean proposal suggested the talks be held in January 2015. North Korea's response contained no date.

The escape clause for North Korea is the language about "sincerity" in improving relations through talks. For example, sincerity can refer to ending military exercises, ending public criticism of North Korea or halting anti-North Korean activities. The North's latest meaning is ending annual Allied training.

South Korean authorities told the press that the North's Joint Meeting approved a letter to South Korea that was delivered at Panmunjom on the 22nd. It specified that if the South was sincere in wanting dialogue it would cancel planned training and stop the anti-North Korean leaflet campaign.

South Korean response. The South Korean government rejected the North's letter as propaganda. It counter-proposed that the high level talks occur without conditions.

Ukraine: Germany's Foreign Minister, who hosted a meeting of his counterparts from Russia, Ukraine and France, said the four parties had agreed that the demarcation line defined in the Minsk agreement of last September should form the basis for the withdrawal. Under the plan, Ukraine and the pro-Russian separatists would pull back their heavy arms 15 kilometers (9 miles) on either side of the line.

Ukrainian President Poroshenko told the World Economic Forum in Davos that 9,000 Russian regular soldiers are in eastern Ukraine. In Moscow, Russian Foreign Minister Lavrov told him to prove it.

Comment: Since last summer, Ukraine has accused Russia of using regulars in the eastern regions, but has not presented its proof, at least not in open sources. President Poroshenko's latest claim is the most inflated. That number of Russians would seem impossible to conceal, especially if they are engaged along the front lines, as Ukraine alleges.

The diplomats always seem capable of reaching agreements, but their implementation, particularly the pullback of heavy weapons, has failed repeatedly. The diplomatic progress invariably seems to be short-lived because a round of diplomacy always seems to occur after one or the other side has attempted a major test of military strength, such as the Ukrainian offensive at Donetsk airport. After such exertions, a diplomatic interlude may be expected to follow. That appears to be where the situation is now.

Mali: Touareg separatist protesters in Mali said Wednesday they forced UN MINUSMA soldiers from an airfield in Kidal in the northeast. One demonstrator said that the UN soldiers fired tear gas and warning shots. The protestors burnt generators and tore down tents, but no casualties were reported. A UN spokesman only confirmed that the demonstrations had ended.

Open sources reported that the demonstrations were in reaction to an incident on Tuesday in which a Dutch helicopter attacked a rebel vehicle near Tabancort. Four people died. Over the weekend Touareg fighters engaged in clashes for control of the town.

The UN Mission said its forces were responding to heavy weapons fire that targeted the peacekeepers in Tabancort. The vehicle was destroyed after its driver ignored warning shots.

A spokesman for the Touareg separatist rebels, who are involved in peace talks with the Malian government in Algeria, denied warning shots had been fired and claimed five fighters had been killed and several others wounded.

Comment: The incident serves as a reminder that the UN mission in Mali has lost 44 people killed, making it one of the most deadly peacekeeping missions. A UN soldier was killed in the north on 17 January.

It also is a reminder that Touareg separatists continue to agitate for an independent state. They and Islamist insurgents affiliated with al-Qaida in the Islamic Maghreb continue to threaten Mali's security. Without the UN peacekeepers and a residual French combat force, Mali would be at risk of serious internal violence and fragmentation.

The Dutch in Mali. The UN peacekeeping force includes 450 Special Forces, intelligence personnel and four Apache helicopters. They are the only attack helicopters available to MINUSMA. The incident on the 20thwas the first time they have been used in an attack in Mali.

Last June, the UN Security Council authorized a force of 12,640 military and police personnel for The United Nations Multidimensional Integrated Stabilization Mission in Mali (MINUSMA). The list below shows the strength and composition of MINUSMA. Forty-eight countries have contributed military or police personnel.