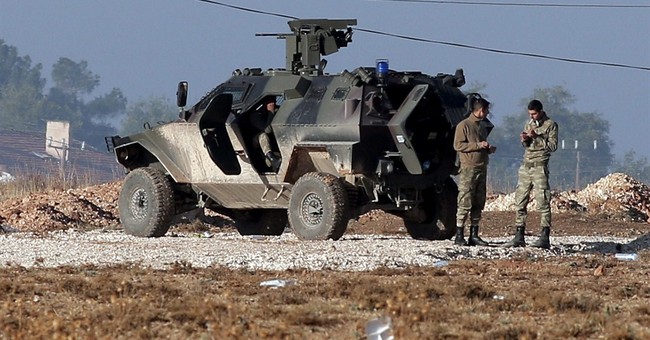 Comment: Fiery Cross Reef is about 750 miles from China, highlighting the need for a distant base to support commercial and military activities in the Spratly Islands.

Taiwan's intelligence reported that Beijing was engaged in seven construction projects in the South China Sea, with five of them reportedly having been approved since Xi Jinping became President. The Chinese apparently intend to build a network of islets for protecting their territorial sea and seabed claims.

Afghanistan-China: Afghan President Ashraf Ghani's first state visit will be to China from 28 to 31 October. In China he will attend the ministerial meeting of the Istanbul Process which will convene in Beijing on 31 October.

Comment: By making his first visit abroad to China, Ghani is making a statement that he is following to some extent the path of Karzai in keeping some political distance between his administration and the US. This is mainly for optics.

During the visit, Ghani is scheduled to speak with Chinese investors, whose enthusiasm for Afghanistan has waned because of the security situation. In drumming up business, Ghani will be aided by his having signed the Bilateral Security Agreement with the US. The Bilateral Security Agreement makes Afghanistan potentially more attractive and less risky to investors because of the long term US commitment to security, embodied in the continuing troop presence after 2014.

The Istanbul Process began in November 2011 as a dialogue among central Asian neighbors for addressing common threats, including terrorism, narcotics, poverty and extremism The United States and more than 20 other states serve as "supporting nations" to the process.

Iraq-Syria: Iraqi Kurdish leaders have agreed to send fighters to help defend Kobani, now that Turkey said it would allow them to cross Turkish territory.

The parliament of Iraq's autonomous Kurdish region approved the move on 22 October. "Today in parliament we agreed to send the Peshmerga forces to Kobani as soon as possible," said Mahmoud Haji Omer, a Kurdish MP. Iraq's President Masoud Barzani, a Kurd, is expected to approve the deployments.

Comment: It's not clear how the Iraqi Kurdish militiamen will get to Kobani. ISIL reportedly controls the roads to Turkey from Iraq. The Kurds might have to travel via Iran and Turkey.

ISIL also has proven it is willing to disregard international borders to attack its enemies. ISIL attacks against Kurds traveling to Kobani via Turkey might confound Turkey's leaders. None of them want to be seen as aiding and abetting the Kurds.

Turkey-US-Kurds: President Erdogan remains critical of US air operations. Referring to an air-dropped load that the Islamic State of Iraq and the Levant (ISIL) captured, Erdogan said, "What was done here on this subject turned out to be wrong. Why did it turn out wrong? Because some of the weapons they dropped from those C130s were seized by ISIL."

When asked about the plan to allow Peshmerga from Iraq into Kobani, Erdogan said: "I have difficulty understanding why Kobani is so strategic for them because there are no civilians there, just about 2,000 fighters."

Comment: Turkey remains a reluctant and half-hearted ally. The US operations do not advance Turkey's interests as the Turks perceive and define them.

Syria: Multiple news services reported a surge in attacks by the Syrian air force this week. More than 200 air attacks at targets around the country have been reported.

President Asad today said his government also is supporting Kobani with supplies. He did not say how since the town is besieged on three sides.

Comment: The Ba'athist government continues to take advantage of the US air operations to improve its own security situation. The surge in air attacks almost certainly was the result of recent Russia military assistance. Air operations had been declining in the past two months.

Nigeria-Boko Haram: News services reported that the Nigerian government held talks with Boko haram in Chad this week, but no details or results have been reported. Boko Haram attacks continue.

Comment: One significant insight from the so-called ceasefire talks is that Boko Haram is not a single organization. Whoever is talking in Chad has no authority to make commitments that bind all fighting groups. That entity also cannot deliver the captured girls.