Afghanistan Goes to the Taliban... Again 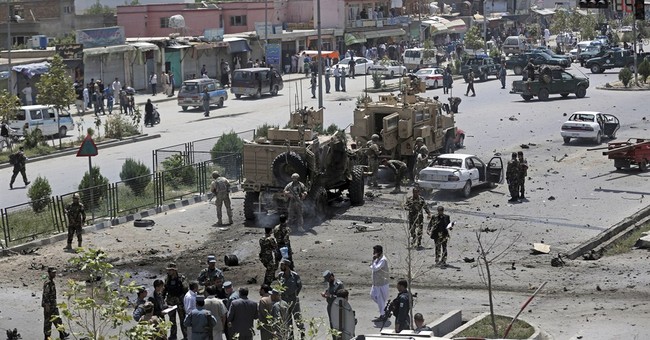 Candidate Abdullah Abdullah, who represents the Northern Alliance and the Hazaras, said he will not accept any results announced by the election commission because they are still flawed. His followers have vowed to protest and stage street demonstrations.

Candidate Ashraf Ghani Ahmadzai said he will not compromise on the principles of the Afghan constitution, including power sharing. There will be no national unity government.

Comment: The West insisted on elections, but apparently presumed Afghans would vote in the Western sense of voting, instead of based on the directions of the clan and tribal leaders. The West also provided inadequate safeguards against massive ballot box stuffing, mainly by the Pashtuns. The point is that anyone who read Louis Dupree's seminal work, Afghanistan, would know the outcome of elections in Afghanistan.

The commission will announce an electoral result that perpetuates Pashtun rule in Afghanistan, even though the Taliban is primarily Pashtun. Pashtuns have ruled Afghanistan for centuries. The introduction of elections and of modern technology has not changed the foundations of Afghan political culture. One way or another, Pashtuns always rule.

Ghani will be president, but not because he won the election. He will be president because he and his Pashtun backers cheated, again. This will be the second time that Abdullah won a presidential election in a straight vote count, only to have it stolen through electoral legerdemain by the Pashtuns and Westerners. This time there will be violent protests.

In a longer perspective, another Pashtun presidency ensures the Taliban will return to power in Kabul. The key words of surrender will be Ghani's promise of inclusiveness and national healing. Mullah Omar and the Taliban will understand those words as invitations to take power. And they will.

Russia: Russian Foreign Minister Lavrov said that Crimea was a unique case, different from Ukraine's southeastern Donetsk and Luhansk regions parts of which are controlled by pro-Russia rebels.

"I think Crimea is a special, unique case from every point of view. Historically, geopolitically, patriotically, if you like." He said the situation in the southeast of Ukraine is different. There is no unity that was evident in Crimea. Some are for Novorossiya; others want to remain part of Ukraine but with more rights.

Lavrov said NATO was "portraying" Russia as a threat because NATO "has lost the purpose of its existence and is feverishly trying to find a new one". NATO is "playing the Russia card trying to portray us as a threat", he said.

Lavrov said NATO member-states' concerns were groundless: "Who in their right mind would today seriously talk about our invasion of Europe? That is ruled out!"

Comment: The Russians are tricky, but thus far their actions match their words. Russian leaders have not treated eastern Ukraine in the same way they treated Crimea. Russia provided support to the eastern Ukrainians, but not enough to enable them to win independence unless they were exceptionally clever. They were not.

Ukraine: Ukrainian President Poroshenko said that Russian soldiers have begun withdrawing from eastern Ukraine. He offered increased autonomy to the eastern Ukrainians in return for an end to the fighting.

Comment: The ceasefire appears to be holding, but none of the statements by Poroshenko are credible. What is plausible is that Poroshenko and Russian President Putin are working a deal that keeps the Ukrainian oligarchs prosperous and the Russians happy and wealthy.

Nigeria: Nigeria's military launched ground and air offensives against Boko Haram to recapture the northeastern town of Michika that fell to the jihadist militants over the weekend, witnesses said on Wednesday.,

Hundreds of troops aided by military jets have been pounding Boko Haram positions in Michika in Adamawa state since Sunday, residents of nearby towns and villages told the press. Local villagers said the Nigerian Army is getting the upper hand in Michika.

Comment: The outcome of the fighting has not been reported.