Another Up-Tick in Afghanistan Violence 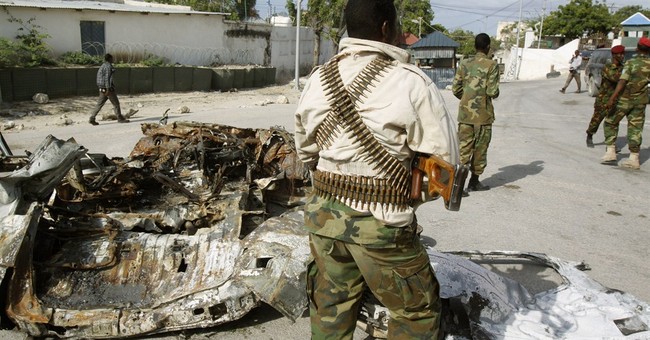 Afghanistan: Security. A suicide attack killed at least 89 people in Paktika Province, in southeastern Afghanistan, when a car packed with explosives detonated near a busy market and mosque.

Comment: The spokesman for the Taliban denied that the Taliban conducted the bombing. No group has claimed responsibility for the attack.

During this Watch, a dozen anti-government fighters attacked Kabul international airport. No serious damage has been done to the airport facilities. Two attackers are dead and the others are supposedly surrounded. All flights have been diverted.

Comment: A well-informed and brilliant Reader advised that this year's fighting season would feature fewer, but more sensational attacks. The two attacks above plus the temporary overrun of district offices in Helmand and Ghor Provinces bear out that prediction.

Politics: Both presidential candidates are adhering to the agreement to audit the votes from the 14 June run-off election, but unsettled details are a problem. The latest issue is a disagreement about whether international observers or Afghanistan's election commission lead the audit.

Comment: Some analysts have minimized this issue by citing the UN as the overall supervisor. That begs the question who is the UN's agent for performing the audit. The election commission included fraudulent ballots without questioning them in its preliminary results.

Another question not discussed by the media is the authority for a power-sharing agreement that would alter Afghanistan's constitution without a referendum. Multiple sources reported the agreement involves a power-sharing arrangement with a weaker president and a stronger prime minister. The national government would move away from the present presidential system towards a parliamentary system.

Neither the US nor the Afghan candidates have the authority to make constitutional changes, much less agree to a shift in the nature of the government. The two contenders for the presidency have not clarified their views on this issue and are not likely to do so.

The agreement avoids a civil war for now, but the problems are far from solved. The compromise might have made them more intractable and complex.

Al-Qaida leader Ayman al-Zawahiri rejected the Islamic State and its self-proclaimed caliph, as have the al Qaida franchises in Syria and the Maghreb.

Iraq: Parliament on Tuesday elected Salim al-Jubouri as its speaker, in the first political breakthrough. Al-Jubouri is a member of the main Sunni bloc in parliament and had the support of 194 of the 277 members.

Comment: This is an important step towards a national unity government, but the far harder task is for the Shiites to agree on a prime minister.

In security developments, yesterday the government claimed it retook Tikrit, which is about 180 kms north of Baghdad. Today, the Iraq army withdrew from Tikrit, putting the lie to most of the official statements about progress there.

The Islamic State of Iraq and the Levant (ISIL) spokesman said ISIL fighters had complete control of Duluiyah, which is 80 km north of Baghdad. Neither side denied the other's claim.

Comment: If the army abandons the fight for Tikrit, ISIL will have significantly improved its position for an attack against Baghdad.

Syria: For the record. Today President Asad took the oath of office for his third seven-year term as President of Syria. He promised to take back all of Syria.

Israeli press published that Israel has attacked 1,800 targets, killing 214 people. In 10 days of operations, the Palestinians have launched 1,241 rockets and killed a single Israeli near the Gaza border.

Israel has called 8,000 more reservists to active duty, for a total of about 50,000 reservists.

Comment: The Israeli air campaign has not achieved a reduction in rocket attacks, but several analysts reported that the number of rockets fired is significantly fewer per day than in the 2012 fighting. Although the rocket war has achieved minimal physical damage, it inflicts psychological damage. Most commentators doubt that a ground incursion can accomplish much, except increase Israeli casualties, but the outcome depends on the objectives, which the Israelis are not disclosing.

Several Israeli news sources reported that Qatar was instrumental in persuading Hamas to reject the ceasefire agreement because it did not reward Hamas for not firing rockets at Tel Aviv or Haifa, the two achievements about which Hamas partisans are bragging. Those rockets did no damage and hurt no one, but some consider it to be a Hamas victory that Hamas has rockets that can reach them. On that insubstantial foundation, a ceasefire might yet be built.

Ukraine: Ukraine said it "suspected" Russia of conducting an airstrike in the eastern Ukraine town of Snizhne. Separatists accused the Ukrainian military of conducting the attack. Ukrainian Deputy General Prosecutor Anatoliy Matios said his government will prove "according to international standards that a neighboring state used military equipment and ammunition."

Comment: The US imposed harsher sanctions on Russia today because of its continuing support for the separatists. Open source information provides little insight about the nature and extent of Russian aid. Kyiv regime authorities say Russia is sending in commandos as well as armored vehicles and military supplies. At least some of that must be accurate for the US to take the action it took today.

Libya: In the past week, militias have fought for control of Tripoli international airport. The government estimates that 90 percent of the airport and planes are damaged. Town council head Mohammed Ramadan said, "The other side unfortunately decided to use the language of the gun." Fighting continues.

Comment: A militia from the Zintan region of western Libya is defending the airport. It has held the airport since Qadhafi's overthrow and helped secure Tripoli for anti-Qadhafi forces. The Zintan militia supports the Dignity movement of former general Hifter in Benghazi, in eastern Libya. The other side is a mix of Islamist, tribal militias, who support the Islamist government.

According to civil aviation authorities, Tripoli international is closed to air traffic. A secondary airport at Tripoli has been approved for use by airlines.

Nigeria: After an apparent lull in the first week of July, Boko Haram groups have resumed attacks. Today one group drove into a village in the northeast and started shooting and throwing grenades into houses. Authorities reported nine villagers dead. On 14 July, a convoy of 20 vehicles drove into a separate village in the northeast and began shooting at everyone. The terrorists killed 27 villagers. Both villages are in Borno State of northeastern Nigeria.

Cameroon: Cameroonian authorities reported 15 Boko Haram attacks since January. There have been two in July, on 8 and 13 July in separate villages. One Cameroonian soldier received an injury.

Comment: The lull followed the 29 June bombing attacks in Abuja -- which the leader of Boko Haram claimed this week -- and a stronger than usual government reaction. That could explain a brief lull. Prior to that the group was attacking almost daily. The attacks in Cameroon were raids to obtain vehicles and supplies.

Nigerian bloggers point out that Boko Haram is not just a fundamentalist religious movement, probably not even primarily. Bloggers have noted that the leader is a Kanuri tribesman, a minority in most of the north. The group operates with the support of Kanuri politicians and sympathizers. Borno State is a center of Kanuri culture.

Those points indicate that Boko Haram advances the interests of the Kanuri tribe and associated political factions and politicians, according to the bloggers. A high proportion of its attacks are in Borno, where they seekto proclaim an emirate.