Is Putin Getting Russia Ready to Intervene in Ukraine? 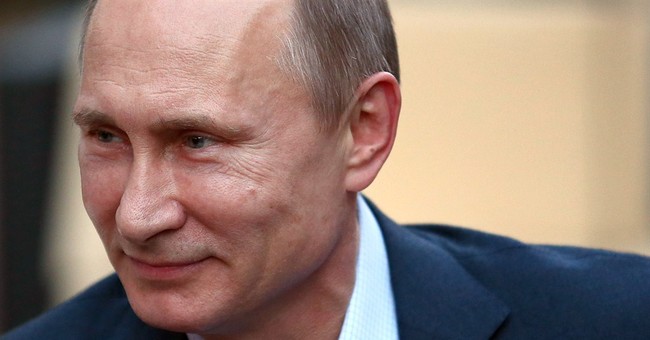 North Korea: For the record. North Korean media resumed criticism of annual Allied exercises on 26 February. A commentary described the exercises as a provocation that was aggravating the tense situation. It contained no threats and the language was moderate. Most of the commentary was devoted to exposing how Allied exercises were harmful to peaceful reunification.

India: A poll conducted by the Pew Research Center in December and January found that 70 per cent of the Indian voters polled said they are dissatisfied with the way things are going in India today. Sixty-three per cent of those polled said they would prefer that the opposition Bharatiya Janata Party (BJP) lead the next government.

Comment: The current term of the lower house of parliament ends on 31 May. The Election Commission is expected to announce the dates of general elections in the first week of March. The Times of India reported last week that polling probably will be in six phases in April and May, finishing by 15 May to allow the winner time to form a government before the term ends.

Most Indian analysts predict that the ruling Congress Party will sustain the worst defeat in its history. If so, the BJP will lead the government. It is a Hindu nationalist party, which portends increased tension in relations with China and Pakistan. India's Pokhran-II nuclear weapons tests in 1998 occurred shortly after Prime Minister Vajpayee's BJP-led government took office. India almost went to war with Pakistan twice in 2002, when Vajpayee was Prime Minister, over an attack on the Indian parliament by Pakistan-based terrorists. Expect significant policy changes if the BJP wins.

The exercises will continue until 3 March.

Shoigu said the training drills were not linked to events in Ukraine. Deputy Defense Minister Anatoly Antonov said they had been previously planned. He said they would involve about 150,000 military personnel.

The western district includes most of western Russia and borders Ukraine.

Comment and note to new military analysts: As a general rule, during a crisis when the forces that might be deployed during that crisis start to train, that is more than an exercise, it is a rehearsal. If the training includes distribution of live ammunition, assembly of civilian transportation assets, evacuation of civilians and positioning of fuel and food stocks, then it is not a rehearsal, but a preparation for military action, under cover of an exercise.

Open sources are not likely to report fuel, food and transportation movements that enable a large military operation. If live ammunition is distributed to the forces, this so-called "exercise" is no bluff.

With this exercise, President Putin has multiplied his options in ways not available to European leaders.

A large crowd of Crimean Tatars and others opposed to separatism gathered outside the Crimean parliament on 26 February and broke through a police barricade, forcing parliament speaker Vladimir Konstantinov to postpone or cancel an extraordinary session.

Comment: One news service reported the parliament intended to discuss independence from Ukraine. Clashes, real or contrived, create conditions for local leaders to call for outside protection. The Soviets were masters at creating various ploys to justify intervention by force.

Syria: Update. Syria shipped a consignment of mustard gas for destruction from the port of Latakia on Wednesday. It was the fourth shipment to date and was supposed to have been sentby 31 December.

Comment: Syria is behind schedule and has proposed a new 100-day schedule for completing the destruction of its chemical weapons. In some respects, it is significant that the Asad government still is honoring the arrangement because its prospects for survival appear to have improved significantly since the agreement was reached last August.