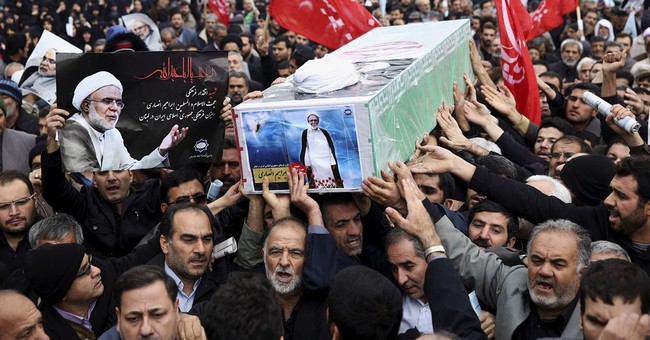 North Korea: The Korean Central News Agency published a statement by the army's southwestern sector command on the third anniversary of the shelling of Yonpyong Island in 2010. Two excerpts follow.

"The prompt counterattack made by the service personnel in the southwestern sector of the front turned Yo'np'yo'ng Island into the sea of fire. This praiseworthy event proved that the DPRK will never tolerate anyone who provokes it and that the provokers will be made to pay a very dear price…"

"…Three years ago the retaliatory blow was confined to the Yonpyong island only but this time Chongwadae (note: South Korea's presidential palace) and other bases of the puppet forces will be put within the striking range.

The puppet forces are blustering that they reinforced MLRS, Cobra choppers and Spike missiles and other strike means in their bid to retrieve their defeat. They are even spreading the news that they finished the first-phase "fortification" project on the five islands in the West Sea of Korea.

This is as foolish an act as trying to evade the shower of shelling with an ordinary umbrella. They should clearly bear in mind that everything will turn into stick of taffy by the unprecedentedly powerful military strike of the KPA. They should never forget that the recurrence of the reckless provocation will reduce Chongwadae into the sea of fire leading it to the reunification.

If they run reckless, oblivious of the bitter lesson of the defeat, they will never be able to escape miserable fate.

Victory is always in store for the powerful Paektusan revolutionary army, defenders of justice."

Comment: Some press coverage has described this as a new threat to South Korea. It is the same tired cant. The North is still using the "sea of fire" imagery of 30 years ago. The North has the weapons to inflict a sea of fire, but that weaponry has a single shot.

The real lesson of the shelling of Yonpyong Island is that the best the North chose to do resulted in a stronger and more capable set of South Korean fortifications.

If the North decided to inflict a sea of fire on South Korea, the South would survive but the retaliatory fires of the Allies would ensure that North Korea would disappear in the dustbin of history, along with the Soviet Union.

North Korea-US: "Our Swedish protecting power has been informed of the detention of a U.S. citizen," State Department spokesperson said today.

The story is that North Korean security authorities took into custody an 85-year old US Korean War veteran from a passenger aircraft as it was preparing to depart Sunan airport outside Pyongyang on 26 October without explanation, after a nine-day tourist trip to North Korea.

Comment: Analysts and experts are looking for what possible justification for arresting the old man after nine days traveling around North Korea. The North needs no reason. The man is a pawn whose purpose is to draw US attention away from Iran, Afghanistan, Israel and Syria and back to North Korea. This is another tired old North Korean tactic to get US official attention.

China: Chinese media surfaced today China's latest proposal for resuming Six Party nuclear talks with North Korea next year. Half of the parties, the US and its Allies, have called the proposal "inadequate."

1. Resume the talks and to fulfill the obligations stipulated in the September 2005 Joint Statement (in which North Korea committed to abandoning its nuclear weapons and nuclear programs);

3. Resolve North Korea's matters of concern during the process of denuclearization;

5. Make efforts toward negotiations for replacing the Korean War Armistice Agreement with a peace treaty;

6. Adhere to a principle of "action for action" and activate the five core working groups;

7. Hold the talks on a regular basis.

Comment: When Chinese and North Korean nuclear diplomats spoke in the first week of November, the results of their discussions were not released. The US Allies now know that China blinked and swallowed the North Korean line that there should be no pre-conditions to talks.

The proposal imposes no requirements on North Korea to keep its prior commitments to stop its nuclear weapons and missile programs, or even to show progress in ending those programs. This proposal would reward North Korea for bad behavior, such as the nuclear tests and missiles launches since 2005, without requiring the North to do or show anything.

The North's insistence on starting talks as if nothing has gone before is its longstanding and consistent negotiating posture in which it is never held accountable for its past commitments. This has been called negotiating over the same fox-hole over and over. This Chinese position is more than inadequate. It is a prescription for constantly repeating the same negotiating steps and expecting a different outcome.

Instead of insisting that the North terminate its programs, an alternative first step might be for North Korea to agree to open its nuclear program to inspection first, by the International Atomic Energy Agency )IAEA) to establish a new baseline.

China-North Korea: China took two steps that showed that bilateral relations with the North are not harmonious, despite the Six Party Talks proposal. The first was a statement to the UN of all the steps China is taking to enforce sanctions against North Korea. This was unprecedented.

The second was a posting on the website of the Foreign Ministry that contained an indirect warning to North Korea and other countries that border China.

"China will never allow anyone to cause chaos and incidents on our home's doorstep and will never accept China's process of development from being disturbed and interrupted again," Foreign Minister Wang Yi said on the foreign ministry's website.

Wang reiterated China's stance that it promotes the denuclearization of the Korean peninsula, the solution of problems through dialogue and safeguards to peace and stability in the region.

Comment: The remarks from Minister Wang Yi show two things. First is that the administration of President Xi has less tolerance for North Korea than any of its predecessors. Second is the related theme that Xi and his acolytes have concluded that China is at a special point in its history that will determine whether it achieves the "China Dream," as Xi has called it.

Steady, stable growth is absolutely essential to achieving the goals of the Xi administration in the next ten years. That is the overriding message of the Third Plenum, recently concluded.

Pakistan-US: The government of Khyber-Pakhtunkhwa Province of Pakistan has vowed to close the Khyber Pass to NATO in reaction a US drone attack in the province this week. Chief Minister Imran Khan said his provincial administration will blockade the pass to all NATO traffic

Comment: Khan had initially threatened such a blockade after the 1 November US drone strike that killed Hakimullah Mehsud, just 24 hours before Hakimullah was set to open peace talks with the Pakistani government, but delayed his plans when no US strikes followed.

Iran: Iran's Press TV reported remarks to Iran's domestic audience by the Iranian foreign minister concerning the Geneva nuclear talks. "We know the red lines of course. Iran has said that enrichment on its soil is going to continue with or without a deal and that it is not going to send any nuclear material abroad."

Given that many of the differences still remain, the talks will definitely not end tonight and will continue tomorrow, i.e., 23 November.

Based on the consistent internal statements by the top three leaders of Iran connected with nuclear issues, any deal in Geneva will be form over substance. Iran will never agree to stop enrichment, but might end up rewarded with a relaxation of sanctions.

For the world powers, a major issue is consistency. Iran is exploiting the recent weakening of the US position. After years of opposing any uranium enrichment program, the US has decided Iran can do limited enrichment, which is arguably all that Iran has done to date. US sanctions and policy look arbitrary and capricious. The beneficiaries might be the Iranian people, if an agreement is reached.

"Include us in the Shanghai Cooperation Organization and relieve us from this pain," Erdogan told Putin in a reference to Turkey's long European Union membership process.

"Besides, we are also ready to ink free trade agreements with countries in Eurasia," added Erdogan. The SCO is a mutual-security organization that was founded in 2001 in Shanghai by the leaders of China, Kazakhstan, Kyrgyzstan, Russia, Tajikistan and Uzbekistan. The other countries, with the exception of Uzbekistan, had been members of the Shanghai Five, founded in 1996; after the inclusion of Uzbekistan in 2001, the members renamed the organization.

Comment: On Friday, press sources said Erdogan first had a tête-à-tête with Putin and then the two leaders attended the fourth meeting of the High Level Cooperation Council (ÜDIK), which was created between the two countries on May 12, 2010. Erdogan, accompanied by a group of Turkish ministers and journalists, has been in St. Petersburg since Thursday for top-level talks and was due to return to Turkey late Friday.

Turkey was accepted as a dialogue partner by the Shanghai Five at its annual summit in Beijing on 7 June 2012.

Membership in the SCO would not replace membership in NATO, but would signify that European Union requirements for membership would carry less weight with the Erdogan regime.

In his talk with Putin, Erdogan was playing to his audience, but, cumulatively, Turkey's recent actions indicate a shift in Turkey's strategic outlook. Turkey's purchases of Chinese air defense systems and ballistic missiles are early manifestations of a gathering trend. Turkey's strategic tilt means NATO is less relevant. It is also a setback for Uighur separatists in western China who obtain support from Turkey.