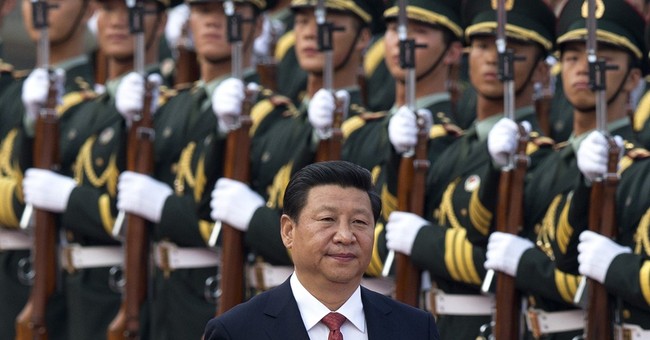 North Korea: A South Korean newspaper has alleged that North Korea publicly executed dozens of people across seven cities last week for charges including watching unsanctioned South Korean videos, distributing pornography, and being in possession of a bible. The report was confirmed by the North Korea Intellectuals Solidarity, a group of defectors from North Korea.

Comment: All the stated actions are crimes in North Korea because they are counter-revolutionary behaviors. However, enforcement and punishment are variable. The most important consideration is the interests of the Party and, secondarily, the state. For example, punishment is almost never enforced against the children of the Party elite who engage in such behaviors.

Capital punishment for these crimes is a symptom of larger concerns about stability and discipline. Stern measures to guard against disloyalty and flagging revolutionary fervor have become signature features of Kim Jong Un's management style.

China: On 12 November, the Third plenary meeting of the 18 Central Committee of the Chinese Communist Party concluded its four days of deliberations and issued a communique.

Many analysts and commentators have published their views of the meaning and implications of the many topics covered in the communique. The more superficial have focused on language in the communique that discusses reform and market economics.

One fine commentary from the University of Sydney, Australia, notes that the key theme is continuity of the policies that have helped transform the Chinese economy since 1978. The argument is that the leaders and managers of the second largest economy cannot risk dramatic changes and are more interested in maintaining steady growth.

Observers looking for political changes or reforms will find none in the guidance issued by the Third Plenum. Economic changes concern allocation of resources and economic growth strategies. Social changes in urban-rural relations in Chinese society promise to be the most important innovations, provided economic growth remains steady.

"Faced with the new situation and new tasks and in order to complete the building of a well-off society in an all-round way thereby completing the building of a prosperous, strong, democratic, civilized, and harmonious modernized socialist country and achieving the Chinese Dream of the great rejuvenation of the Chinese nation, we must comprehensively deepen reform from the new historical starting point."

Comment: This excerpt is from the first substantive paragraph of the communique. Its themes of "the new situation", "the Chinese Dream" and "the new historical starting point" echo themes made by President Xi Jinping at the National People's Congress last March. They signify that the Central Committee supports Xi and that his ideas shape the guidance. To reinforce those messages similar language closes the communique, which ends with the words, "to realize the Chinese dream of a great rejuvenation of the Chinese nation."

The ultimate purpose of reform. "The overall objective of the comprehensive deepening of reform is to perfect and develop the socialist system with Chinese characteristics and to push forward the modernization of the state governance system and governing abilities."

Comment: This sentence means that any changes are intended to reinforce the socialist system. "Deepening of reform" means working to improve the existing architecture.

The market. "The plenary meeting pointed out: We must closely focus on making the market play a decisive role in allocating resources so as to deepen economic structural reform, adhere to and perfect the basic economic system, speed up the perfection of a modern market system, macro control system, and open economic system, speed up the transformation of the economic development mode, speed up the building of an innovative country, and push forward economic development that is more efficient, more equitable, and more sustainable."

Comment: One commentary interpreted the phrase "on making the market play a decisive role" as signifying that China intended to develop a free market.

Another analysis noted that previous similar guidance referred to the market as playing a 'basic" role in allocating resources. The language refers to decision-making in allocating resources. The change from basic to decisive suggests that market forces will have more importance in the final decision-making process instead of in the start-up process. This does not suggest a further drift towards free market economics. It does raise the importance of market conditions in resource decisions in a mixed economy.

Concerning the market. "The building of a unified and open market system with orderly competition is the foundation for making the market play a decisive role in allocating resources. We must speed up the formation of a modern market system in which enterprises engage in independent operation and fair competition, consumers enjoy freedom of choices and independent consumption, and goods and factors achieve free movements and equal exchanges, make efforts to eliminate market barriers, and improve the efficiency and fairness of resource allocation. We must establish fair, open, and transparent market rules, perfect the mechanism of pricing determined primarily by the market, establish a unified urban and rural construction land market, perfect the financial market system, and deepen the science and technology structural reform."

Comment: This guidance applies to the public sector of the economy. The purpose of market development is to improve resource allocation decisions, which by inference means make more profits.

The non-public sector --- state-owned industries and enterprises -- has separate guidance about leadership and economic vitality. The guidance for both sectors stresses control, order and a heavy dose of wishful thinking.

A deadline. "The plenary meeting required that by 2020 we must have achieved a decisive outcome in the reform in important areas and key links, and formed a systematic, complete, scientific, standardized, and effectively running institutional system so that the system in all aspects will have become more mature and more stabilized."

Comment: The communique did not identify the "important areas and key links" nor the metrics for judging a "decisive outcome" in any of them. One commentary opined that this sentence means China will have a free and open market by 2020.

City-farm relations. "The plenary meeting pointed out that the dual structure of urban and rural systems is the major obstacle restraining the integration of urban and rural development. It is necessary to improve the systems and mechanisms, form a new type of relations between industry and agriculture and between urban and rural areas in which industry promotes agriculture, urban areas support rural development, agriculture and industry benefit each other, and there is integrated urban and rural development and ensure that the broad masses of farmers can equally participate in the process of modernization and share the fruits of modernization. Great efforts should be made to accelerate the building of a new type of agricultural operating system, give farmers more property rights, promote equal exchange of factors of production between urban and rural areas and balance allocation of public resources between them, and improve the institutional mechanism for the healthy development of urbanization."

Comment: According to the CIA World Factbook, China's population of 1.3 billion people is about equally divided between urban and rural dwellers. They live in separate economic and social systems that exist under significant stress because city dwellers have a different life style than rural peasants. The peasants are historically difficult to control -- revolutions succeed or fail depending on peasant support.

No Chinese government has resolved the fundamental contradictions between rural and urban Chinese, though prosperity since 1978 has eased the tension. Prosperity also has raised expectations. This paragraph is about converting the peasants into consumers as well as producers, which is critical if China is to develop a domestic consumption market as well as keep a lid on internal unrest.

Developing domestic markets and attracting foreign investment. "The plenary meeting pointed out that in order to adapt to the new situation of economic globalization, it is necessary to promote the mutual complement of both domestic and external opening up, better integration of "attracting in" to "going global", promote the flow of international and domestic elements in an orderly and free manner, efficient allocation of resources, and extensive fusion of the market, accelerate the cultivation of new advantages for participating in and guiding international economic cooperation and competition, and promote reform by opening up. It is necessary to open up more areas to capital sources, accelerate the construction of free trade zones, and expand the opening of inland and border areas."

Comment: This paragraph tries to tie together the domestic and foreign market themes. The economic downturn in Europe highlighted China's vulnerability to market changes on the other side of the world that it could not control. Europe is China's largest export market. This is the downside of economic globalization that spotlights the need for greater domestic opening up.

A new economic leadership structure. "To deepen reforms comprehensively, we must strengthen and improve the party's leadership, give full play to the party's role as the leadership core for overseeing the overall situation and coordinating with all sides, raise the party's leadership standard and governing ability, and ensure successful reforms. The Central Committee will set up a leading group for deepening reforms comprehensively, which will be responsible for the overall design of reforms, unified planning and coordination, pushing forward as a whole, and implementation supervision."

Comment: This adds another layer of management and underlines the importance of control, stability and order in Chinese economic thinking.

Conclusion. "The plenary meeting called for: Comrades throughout the party must rally closely around the party Central Committee with Comrade Xi Jinping as general secretary, make progress with determination, overcome difficulties, and compose a new historical chapter for the great undertaking of reform and opening up, and wage struggles to realize a well-off society in an all-round way, to constantly seize new victories for socialism with Chinese characteristics, and to realize the Chinese dream of a great rejuvenation of the Chinese nation!"

Comment: This seems to resemble the US National Security Council and it ultimately might. However, it appears to be a reaction to the car explosion incident in Tiananmen Square. All the security issues mentioned in the Communique above are internal problems.

Thailand-Cambodia: For the record. Five years after armed clashes occurred over ownership of the land at Preah Vihear temple in northern Cambodia, the International Court of Justice at The Hague has ruled that the land around Preah Vihear is Cambodian. It ordered Thailand to withdraw any security forces stationed nearby.

The Court rejected, however, a Cambodian claim to a nearby hill and ruled in favor of the Thai claim.

Cambodia's Foreign Minister Hor Namhong said that the verdict was "good enough." Thailand said it was "satisfactory" to both sides and said official will hold talks with Cambodia. This is tonight's good news.

Comment: The government declined to lift the restrictions until it received the formal court order. Thus far the military-backed government is complying, but somewhat reluctantly. The military reportedly wanted the state of emergency to continue in order to limit public anti-government demonstrations.