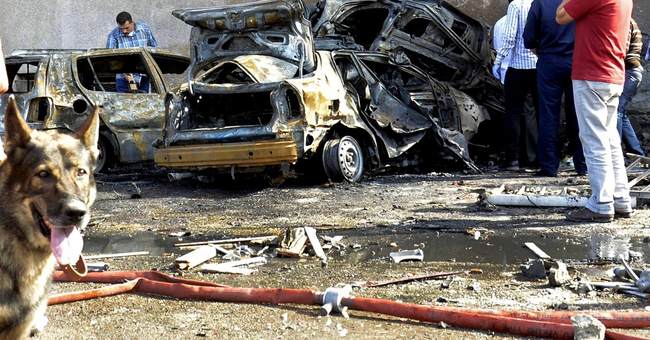 Pakistan: Pakistan is backing Saudi Arabia's rejection of its non-permanent seat on the UN Security Council and supports Riyadh's calls for UN reforms, the Pakistani Foreign Ministry said on 26 October. Pakistan fully understands the imperatives and compulsions that led to the Saudi decision, according to a foreign ministry statement.

Comment: The Pakistani statement appears to be unsolicited. That suggests its timing serves two important purposes. One is to curry favor with the Saudis with whom Pakistan has a longstanding security relationship.

The second is to identify Pakistan's troubles with US foreign policy with those of Saudi Arabia. Despite the recent release of more than $1 billion in US aid to Pakistan, Prime Minister Sharif's visit to Washington, D.C., last week did not go well. Sharif has now let the US know.

Iran: An Iranian prosecutor announced that 16 "terrorists" were executed on 26 October in retaliation for the deaths of 14 Iranian border guards in clashes on the 25th.

Comment: Baluchi tribes straddle the Iran-Pakistan border. They are Sunnis and they are restive in both countries. In Pakistan, for example, Baluchi nationalists want to secede. The group which claimed responsibility for the clash with the border guards is new or is using a new name. It apparently uses Pakistan as a base, as have many similar groups in the past.

This group poses only a threat to local law enforcement in Iran when security forces let their guards down. Iranian retaliation is swift and now certain.

Syria: Kurdish militiamen took control of a key border crossing between Syria and Iraq on 26 October in an effort to prevent Syrian Sunni rebels with the al Qaeda-linked Islamic State in Iraq in the Shams (ISIS) and Jabhat al-Nusra from entering the region, according to a news outlet.

The Kurdish militiamen seized the border crossing point in al-Hasakah Province in northeastern Syria after three days of fighting.

Comment: The Kurdish militiamen continue to beat and defeat the Syrian Sunni Arab fighters linked to al Qaida, who supposedly are the best fighters in the Syrian opposition. Kurdish control of border crossing points along the Turkish and the Iraqi borders helps contain the Sunni extremists. The Kurds represent a major obstacle to ISIS' plan to unite Sunni Arabs in Syria and Iraq in an emirate that ignores present borders.

Lebanon: Ongoing clashes between Sunni and Alawite factions in the northern Lebanese city of Tripoli have left at least nine people dead, according to Lebanese state media. The fighting between militants in the Sunni Bab al-Tebbaneh and Alawite Jabal Mohsen neighborhoods has continued since 21 October, but escalated again late on 25 October.

The Lebanese army intervened by erecting a large checkpoint on the international highway to inspect passing cars. That caused fighting to decline on the 26th, but two more people died in clashes on the 27th.

Comment: Fighting between neighborhoods in Tripoli has been a sideshow to the larger conflict in Syria. In that sense it is a periodic ripple effect from the Syrian fighting. During the past two years, Lebanese security forces have managed to keep it from escalating into a grave threat to Lebanese security

Egypt: Update and feedback. A Brilliant and well-informed Reader noted that last week's suicide car bombing in Ismailiya was the second since the military takeover in July. The other was an ineffectual suicide bombing in September against the Interior Ministry in Cairo.

Today the government released new details about the September attack. The suicide bomber in September was an ex-Egyptian army officer, according to a video posted online on 26 October by the al Qaida-linked Ansar Jerusalem militant group.

Comment: The implication of this news release is that it reinforces the government's media theme that international Islamic terrorists pose a growing threat to the Cairo government and to stability in Egypt. Two suicide bombings in the past two month do not represent a major threat, but they are characteristic of Islamic terrorism and portend that anti-government groups are turning to terrorism to register their opposition.

According to local experts, this election has presented Ivanishvili with an opportunity to consolidate power after current pro-Western President Mikhail Saakashvili steps down, and will likely result in a closer relationship between Russia and Georgia.

Comment: The outcome of this election iindicates that Russia has succeeded in blocking any farther eastward expansion of NATO into the Russian sphere of influence. Saakashvili placed great importance on joining NATO and cooperating in NATO ventures, such as sending Georgian troops to Afghanistan.

Russian opposition to Georgia's application for NATO membership ensured that full membership was not accepted. The elections indicate Saakashvili and his Western-educated supporters are out of step with the will of the Georgian electorate which evidently perceives greater security in friendlier ties with Russia than in close ties with a receding West.