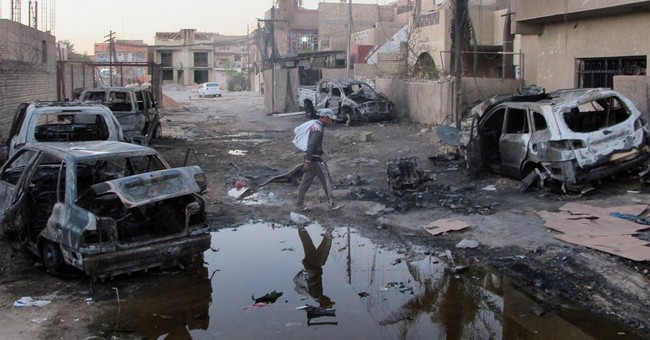 Pakistan: Pakistani media reported that the retirement announcement by Chief of Army Staff (COAS) General Ashfaq Pervez Kayani was a surprise. Kayani said, "My tenure ends on 29th November 2013. On that day I will retire." He made the public statement to quell speculation that he might seek extension.

The post of the Chairman, Joint Chiefs of Staff Committee (CJCSC) also is vacant. The outgoing CJCSC General Khalid Shameem Wynne retired on 7 October, after 42 years of service.

In the statement today, Prime Minister Sharif said that while expectations regarding the announcement of the successor to the outgoing CJCSC before 8 October were reasonable, the issue needed comprehensive consideration due to the fact that the office of the COAS also was becoming vacant on 29 November.

Comment: Prime Minister Sharif is likely to follow seniority in promoting a new Chief of Army Staff. The last time he was prime minister, he promoted a less senior general to the position of army chief. That general was Pervez Musharraf who staged the coup that overthrew Sharif in October 1999. In light of that experience, most Pakistani commentators expect Sharif to promote the most senior of the three-star generals, Lieutenant General Haroon Aslam, the current Chief of Logistics.

As for Kayani, most observers judge that Sharif wants to retain Kayani in a senior position because of his connections to the US, his prestige in the Pakistan Army and abroad and because he has been supportive and loyal to the Constitution and elected, civilian government.

One rumor is that Sharif might reorganize and upgrade the CJCSC. It is far less powerful than the Chief of Army Staff, who has authority over combat forces nearly comparable to that a military commander-in-chief, rather than a chief of staff.

In a new set up, Sharif might try to strengthen the authority of the CJCSC. In order to succeed, a restructuring would require a general of unparalleled stature to lead it, such as Kayani. In the process Sharif would attempt to reduce the army's inclination to meddle overtly in internal politics, including any temptation to overthrow the government.

Afghanistan: Germany "handed Afghanistan's security forces control Sunday of a key military base" in Konduz Province in northern Afghanistan. The Germans have led the northern regional command for ten years and have about 4,000 soldiers in Afghanistan, including the 900 that will depart the Konduz base this month.

Comment: Ten years ago the German politicial leadership agreed to lead the northern regional command because it expected limited combat action, low costs and little risk of casualties. In fact, Konduz proved to be the hub of Taliban expansion in the north, operating mainly from Pashtun enclaves in the districts of Konduz Province and in Konduz City.

Some 20,000 German troops were deployed in Konduz during the 10-year operation. At the peak of their deployment, more than 5,300 German troops were stationed in Afghanistan, most in the north. Twenty of Germany's 35 combat deaths in Afghanistan occurred in the province. Another 17 died of noncombat injuries, including seven who were killed in a 2002 helicopter crash in Kabul. German authorities said 245 soldiers and 4 policemen were injured by hostile fire.

Konduz was the location where the Bundeswehr saw its first combat action. The German forces tried hard on multiple occasions, but never succeeded in stopping the Taliban expansion. Germany devoted much energy and treasure to nation building projects in the north. Now those will be left to the Afghans, along with security. German officials today promised to continue providing non-lethal support. German forces will scale back to 800 soldiers who will support Allied operations after 2014.

Iraq: Update. Over the weekend a surge in attacks resulted in more than 240 people killed. On Monday, news services reported at least 71 people killed and 164 injured. Bomb attacks in Baghdad accounted for 30 of the dead and 106 wounded.

Comment: Most and the most deadly attacks were bombings. Drive-by shootings were second.Most of the targets were Shiites, followed by police. At this rate, October could be the most violent month for casualties in five years.

Syria: UN-backed inspectors have begun destroying Syrian chemical weapons and equipment. An unidentified UN official said that "by the end of the day Sunday, a combination of both weapons and some production equipment would be destroyed.

Comment: Today a single commentary on the destruction mentioned that the items to be destroyed included what the author called a "small number" of rockets and artillery shells already filled with chemical agents. This is the first report that the inspectors found assembled ordnance.

One astute and Brilliant Reader said in Feedback that it would be inconceivable for the Syrian army to not have a store of weapons ready to fire or launch. However, most reports only mention that the inspectors found chemicals in unmixed condition. The amount of filled chemical ordnance destroyed will be an important indicator of the thoroughness of the Syrian declaration.

In Ismailia, in the northeastern Egypt, gunmen killed five soldiers at a checkpoint. In Cairo, militants fired rocket propelled grenades at communication satellite dishes. One rocket left a nine-inch hole in a satellite dish used for international phone calls. Another group killed six soldiers near the Suez Canal.

Comment: This was the second day of significant violence. Clashes in Cairo on Sunday, 6 October, between Muslim Brotherhood supporters and anti-Brotherhood factions and security forces resulted in 53 dead and 271 wounded.

The Brotherhood denied accusations that it incited violence and any connection with militant attacks. Nevertheless, anti-government elements are expressing their opposition in increasingly violent fashion. At this point they remain an organized crime problem and should be manageable, though more clashes are certain to take place.

Politics. A panel of Egyptian judges has recommended the dissolution of the Muslim Brotherhood's political party, the Freedom and Justice Party. The judges' recommendation Monday said the party represents an outlawed group. The recommendation will be delivered to a Cairo court that also is reviewing a case demanding the party's dissolution.

Comment: The Freedom and Justice Party was the political party of the Muslim Brotherhood, but also was legally a separate entity. President Mursi was the head of the Party, though he claimed to not be a member of the Brotherhood.

The Brotherhood's Freedom and Justice Party was registered in 2011, just months after the ouster of President Hosni Mubarak. Its registration represented the first time that the 85-year old Brotherhood formed a political party. According to some insider accounts, some factions in the Muslim Brotherhood strongly opposed participation in party politics and government and considered political participation a mistake.

The legal action today represents housekeeping, completing unfinished business. The Brotherhood was outlawed last month. Now authorities are moving against its political party and any other organization the Brotherhood sponsored.

Tunisia: For the record. Nearly all of Tunisia's feuding political parties on Saturday, 5 October, signed on to a deal to begin talks on "replacing the current government with a technocratic body to supervise new elections." At the signing of the deal, President Moncef Marzouki said, "I am optimistic for the future of Tunisia and that the dialogue process will lead to free and transparent elections.

Comment: This appears to be a demonstration that the Islamists remain in the area.