US Media Covers for Muslim Brotherhood 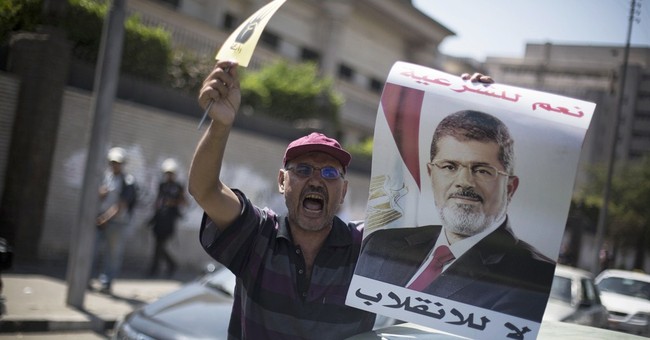 India-Pakistan-Kashmir: Pakistani press reported no Indian artillery fire across the Line of Control in Kashmir on Monday and Tuesday this week for the first time in weeks. It also reported that cross-border truck traffic has been normal through at least one crossing point on the Line of Control.

Comment:Since the killing of five Indian soldiers on 6 August, Indian artillery shelling and gunfire across the Line of Control have been daily. A lull in shelling could be an important step towards normalizing political contacts, but it is too soon to call this a lull. Thus far Pakistan has not provided an explanation for the ambush on the 6th.

Iraq:A wave of coordinated bombings in mainly Shiite neighborhoods of Baghdad on 28 August killed 86 people and wounded 263, according to police and medical sources. Bombings also occurred in two other Iraqi cities.

Comment:Surges in bombing attacks are becoming twice weekly occurrences in Baghdad, according to press reports. Those on the 28th appear unusually concentrated and well-coordinated.

Syria-UK:For the record. Britain will not take military action against the Syrian regime before United Nations inspectors report back on evidence of chemical weapons attacks, according to a motion published by the government on Wednesday. The Prime Minister has recalled parliament to vote on the motion on Thursday, 29 August.

Comment:Thursday's vote represents a condition for a future vote on military action.

Egypt:Security.Egyptian press reported two security incidents involving gunfire. One was a clash between Army and police forces and militants in a neighborhood of west Cairo.

The other incident involved army forces who fired at a gang trying to break into a bank.

Comment:The news reports carried no details, but both incidents appear to involve crime prevention more than control of political activity.

Politics. In a statement Wednesday, the alliance of pro-Mursi and anti-government groups called on Egyptians to stage rallies on 30 August to restore the gains of the 25 January Revolution, the start of the movement that led to Mubarak's ouster on 11 February 2011.

The alliance also announced what they called as "the peaceful civil disobedience plan" as of Friday as an effective way to achieve all the revolution's demands.

Comment:This is the second time in a week that pro- Mursi and Muslim Brotherhood supporters have appealed for mass demonstrations against the government after Friday prayers. Last week, highly effective security measures deterred participation and limited the freedom of movement of marchers. US media described it as a lockdown in Cairo, though peaceful demonstrations were in fact held.

Egyptian press reported that the Army and police already have begun preparations in anticipation of demonstrations on Friday.

UN-Panama-North Korea:The undeclared shipment of Cuban weapons found aboard a North Korean ship represents a violation of UN sanctions against arms transfers to Pyongyang, Panama said Wednesday. The ministry of public security said in a statement that according to a report by UN experts sent to Panama after the seizure of the ship in July, the cargo 'undoubtedly violates the UN sanctions.

Comment:UN inspectors found 25 containers of military equipment. Two weeks ago they completed their work, but this week sent a draft of their report to Panama. They concluded that the cargo was an arms transfer from Cuba to North Korea.