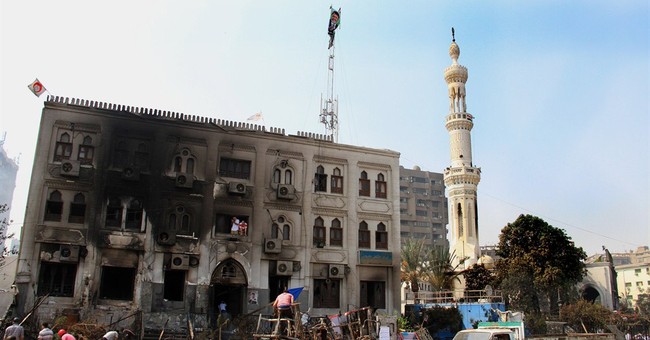 South Korea-North Korea:In their seventh round of working level talks on 14 August, South and North Korea issued a joint statement on terms for resuming operations at the Kaesong industrial complex. The full text of the joint statement follows.

1. The two Koreas will not make Kaesong suffer again from the stoppage of the complex by such things as restrictions on passage and the withdrawal of the workforce. They will guarantee the normal operation of the complex, including the stable passage of South Korean personnel, North Korean workers' normal reporting to work and the protection of corporate assets, with the complex not to be affected by inter-Korean situations under any circumstances.

The two Koreas will set up the "Inter-Korean Joint Committee on the Kaesong Complex" to discuss compensation for damages inflicted on companies during the suspension of the complex and other related issues.

2. The two Koreas will guarantee the safety of South Korean personnel coming to and going from the complex, protect businesses' investment properties, and solve issues involving passage, communications and clearance.

1) The two will guarantee the safe passage of South Korean personnel to and from the complex, as well as their stay in the complex.

2) The two shall protect corporate properties in the complex, and work out institutional systems, including joint probes and compensation for damages, to settle disputes if illegal acts take place.

3) In order to tackle issues involving passage, communications and clearance, the two will take steps to guarantee the regular passage to and from the complex and Internet and mobile communications. They will simplify clearance procedures. The two will discuss related working issues at the Inter-Korean Joint Committee.

3. The two Koreas will guarantee conditions for international-level corporate activities for companies operating in the Kaesong Industrial Complex, and develop the complex into one with international competitiveness.

1) The two will actively promote the introduction of investment from foreign businesses.

2) The two will develop systems in relations to labor affairs, tax, wage and insurance, which are applied in the complex, into international-level ones.

3) The two will seek ways to make the complex internationally competitive, including the recognition of preferential tariffs for products from the complex in case of their export to a third country.

4) The two shall push for joint investment relations sessions abroad.

4. In order to implement the above-mentioned agreements, the two Koreas will form and operate the Inter-Korean Joint Committee on the Kaesong Industrial Complex and station subcommittees necessary under the committee.

5.To that end, the two will sign an "Agreement on the formation and operation of the Inter-Korean Joint Committee on the Kaesong Industrial Complex" at an early date, and start operation of the bodies.

Comment:The agreement contains no time term when the complex shall resume operations. That will depend on the speed with which the 123 South Korean firms and enterprises complete their maintenance work. That should be completed quickly because the companies have been anxious to cut losses and get back in operation.

Overall, this agreement rewards the steadfastness of South Korean President Park in insisting on a guarantee that operations of the complex will be unaffected by other inter-Korean situations under any circumstances. Agreement on that term is an historic first between the two Koreas.

A second important breakthrough is the term guaranteeing conditions for attracting international corporate investors and to make output competitive in international markets. That is another first.

Most of the other terms describe pre-existing operations or conditions, but without the new promises to guarantee them.

There are potential problems in the language of the joint statement. One is the use of future language, suggesting this might be construed as a statement of intentions, rather than a final commitment. Another is that many actions are to take place in the future at times not specified. The formation of a joint management committee could involve significant disagreement.

It is a working-level, vice a final, agreement. It still must receive approval by higher competent authorities. That means this is not yet a done deal. North Korea might indulge its customary practice of requiring the South to renegotiate already-agreed terms to try to get a better deal. For now, it appears to be enough to advance the process of resuming operations at Kaesong. That is tonight's good news.

In earlier working-level meetings the North Koreans offered that agreement on Kaesong could open the way for talks on resuming tours to the Mount Kumgang resort and talks on reuniting families divided by the Korean War. Early follow-up proposals on those activities will help measure the authenticity and extent of the thaw in North Korean relations with the South.

Egypt:President Mansour declared a state of emergency nationwide on 14 August, signaling the start of security operations to crackdown on pro-Mursi supporters. The emergency is to last one month. A curfew was imposed in 14 of 27 provinces.

On the map below, the red symbols show the locations of the two pro-Mursi/Muslim Brotherhood camps that were cleared. Operations began at 7 a.m. local time. Nahdah Square in Giza took three hours to clear. The camp at Rabiah Al-Adawiyah Mosque took 12 hours. Many protestors took advantage of the government's offer of safe exit prior to the clearing operations, according toAhramonline.

Tahrir Square is the location where anti-Mubarak protestors camped prior to his overthrow. The Republican Guard Barracks has been the targeted of repeated attacks by pro-Mursi crowds since 3 July.

A Health Ministry official said, as of that 235 people were killed in Cairo and the governates (provinces) and more than 2,000 injured on the 14th. The Brotherhood said 2,000 died.

According to the Minister of Interior, Mohammed Ibrahim, violence nationwide resulted in 43 policemen killed and 211 injured. He said that 21 police stations were attacked by Brotherhood members, including Kerdasa police station in Giza that Ibrahim said was attacked with rocket-propelled grenades. He said seven churches were destroyed or set afire.

"Many protesters fired excessively from roof tops on security forces," said Ibrahim. He also insisted that security forces "only used tear gas to disperse the protests." He said scores of weapons were confiscated during the dispersal, including grenades, guns and bullet-proof vests.

Comment:Today's action marks the latest phase in the breakout, described in earlier editions ofNightWatch. In every breakout, violence occurs. The side with the most and best guns wins, barring outside armed intervention.

Changes of command, as occurred on Tuesday, are always reliable indicators of pending strong action. Thus far, the breakout has taken just under six weeks. Low level resistance will persist, but the breakout looks like a success for the government in establishing a new baseline.

Last night, open source information suggested there might be a few more days before the crackdown. That was partly the result of Egyptian Army operational security and partly a reflection of the limits of open source information. On Wednesday, press images in Cairo showed the buildup of armored vehicles and police forces around the protest sites that preceded the clearing operations and indicated they were imminent.

Assuming the security situation stabilizes soon, pressure will increase on the Mansour government to show results from its promises to improve economic conditions and enact political reforms.