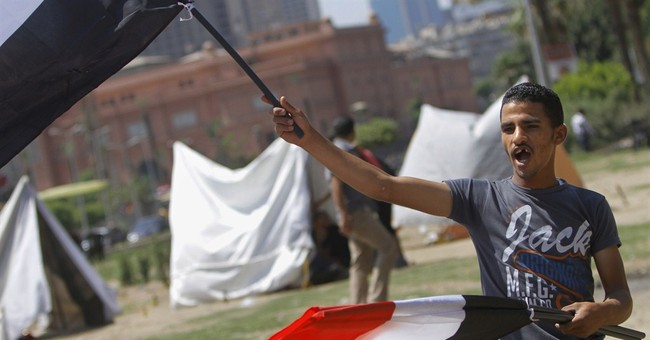 North Korea-US: North Korea's UN Ambassador Sin Son Ho held a rare press conference on 21 June whose apparent purpose was to urge the US to respond to North Korea's talks proposal and to clarify issues a bit.

Sin repeated North Korea's mantra that war could break out at any time because of the hostile policies of the US. He said that Pyongyang would not give up its nuclear weapons without US disarmament, a formal peace treaty with the United States and an end to US and UN sanctions. He said the U.N. Military Command in South Korea should be closed because it is not a UN entity. He said he would submit a resolution to the UN General Assembly to have it closed. Sin also said the 1953 armistice should be replaced by a peace treaty with the United States.

Sin also had comments for South Korea. He blamed it for cancelling inter-Korean talks, but assured the South that North Korea is ready to talk to anyone, anywhere, at any time in any forum. He directed the same message to the US.

Comment: Sin spoke in English. His last press conference was in 2010. North Korea is taking the Chinese guidance to settle problems through dialogue, but not well.

"Yang said: Positive results have been achieved in the strategic dialogue between foreign affairs departments of the two countries. China is willing to work with the Democratic People's Republic of Korea (DPRK) to promote the sound and stable development of relations between the two countries. China insists on actualizing non-nuclearization of the Korean Peninsula, insists on maintaining peace and stability on the peninsula, and insists on resolving issues through dialogue and consultation. Currently, an easing momentum has emerged in the situation on the peninsula, which is nevertheless still complex and sensitive. It is hoped that all parties will actively engage in dialogue and contact, push for the situation to continue to turn better, and seek an early resumption of the six-party talks."

"Kim said: Friendship between the DPRK and China has a long history. It is hoped that the two sides will inherit it and carry it forward. Non-nuclearization of the peninsula is the instruction left behind by President Kim Il-song and General Secretary Kim Chong-il. The DPRK hopes the situation on the peninsula will ease, insists on resolving issues through dialogue, and is willing to take part in various forms of dialogue including the six-party talks."

Comment: The Chinese have granted their approval to the North Korean initiatives. The North Korean threats have almost stopped. The Chinese also pronounced that the tension has eased. That means North Korea must remain open to talks and not stir up trouble. Taking orders from China goes against the grain of everything North Korean.

North Korean leaders are struggling to square their Chinese-directed charm offensive with their recent bombastic threats. That explains the effort to try to redefine words, particularly non-nuclearization, so that the recent proclamations of nuclear status do not look so foolish. Non-nuclearization in the Six Party Talks context means North Korean must terminate its nuclear weapons program. The North is trying to make it apply to the US too.

The Chinese are patient. The North's attempts to stretch the Chinese leash will be exposed and corrected when talks resume. China wants the Six Party Talks to resume and insists on North Korean non-nuclearization. Not since the Korean War has China guided North Korean affairs so closely. It essentially has taken over Pyongyang's foreign policy strategy on peninsular issues.

Egypt: For the record. Egyptian opposition activists in what is called the Tamarod, or Rebellion, campaign, have reached their target of 15 million signatures on a petition calling to oust President Mohammed Mursi. The campaign's website announced the figure.

Supporters of Mursi and the Muslim Brotherhood held a large pro-government demonstration in Cairo on 21 June. Mursi supporters threatened to crush his opponents on 30 June.

Comment: The conditions are emerging for serious violent clashes in the major Egyptian cities in nine days.

Brazil: President Dilma Rousseff called an emergency Cabinet meeting today, 21 June, to discuss the government response to the protests for better public services, less corruption in government and against the high cost of hosting the World Cup. In a televised address, the President promised a national public transportation plan, a plan to channel all oil revenues into education and a plan to alleviate a shortage of physicians by bringing in foreigners.

She promised to maintain law and order, but offered to talk with the leaders of the protest about greater transparency in government institutions to make them resistant to wrong doing.

More than a million people rallied in 80 cities across the country on 20 June. Some protestors attempted to break into the Foreign Ministry in Brasilia. On 21 June there were fewer protests, but huge and numerous rallies have been called for Saturday.

Comment: Most of the measures announced are small, not responsive to most of the demands of the demonstrators or not achievable quickly. Interviews and anecdotes indicate the protestors are looking for faster and more substantive changes than the President offered. The means the protests will continue. A violent deadly clash seems unavoidable, which probably would prompt the government to order the Army to assist with street patrols.

CARTOONS | Steve Kelley
View Cartoon
18 Senators Call to Defund Biden Disinformation Board
Sarah Arnold
Wells Fargo Whistleblower Claims Bank Held ‘fake interviews’ For Diversity Efforts
Sarah Arnold
Should We Be Worried That Bill Barr Is Going to Cooperate With the January 6 Commission...Allegedly?
Matt Vespa
Did a Late ABC News Reporter Warn Us About the Dems' Growing Abortion Extremism Back in 2012?