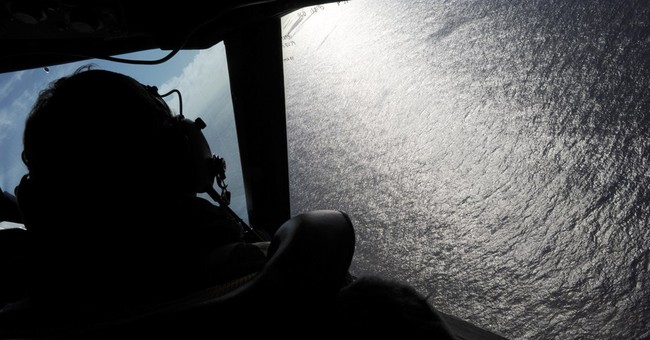 While American leadership on the Islamic State terrorist group has been marked by reluctance and lethargy, the response of its Australian ally has been strikingly different.

The anodyne words of the Obama Administration in describing the terror threat have been conspicuously absent in the highest levels of the Australian government. The latter has demonstrated repeated willingness to identify the enemy, with repeated references to “Islamist” and “the Muslim community”, and is yet to use the term “violent extremism”.

With ISIS recruitment increasing, the Australian government recently announced new national security measures, the toughest of any in the world, as well as the revelation today that 300 more troops will be sent to train the Iraqi military fighting ISIS militants. It comes amid yesterday’s failed attempt of two teenage brothers at Sydney Airport to leave the country to fight for ISIS.

In his national address, the Prime Minister introduced plans to strip dual nationals of their citizenship, should they engage in terrorism, ending welfare payments, travel and any consular services previously open to them. He also signaled a crackdown on Islamic groups and hate preachers fueling terrorism, as well as the inaugural appointment of a terrorism czar.

Significantly, the Prime Minister also accused Islamic community leaders of not being serious when they condemn terrorism:

“I've often heard Western leaders describe Islam as a 'religion of peace'. I wish more Muslim leaders would say that more often, and mean it… No-one should make excuses for Islamist fanatics in the Middle East or their imitators here in Australia.”

The national security address drew the ire of the Islamic Council in Australia, as well as those favoring the Obama administration’s sensitive, nuanced approach, but was greeted with approval by the Australian public.

Further stoking the flames of the politically correct fire, the Prime Minister elevated citizenship over diversity:

“People who come to this country are free to live as they choose – provided they don't steal that same freedom from others.Those who come here must be as open and accepting of their adopted country, as we are of them. Those who live here must be as tolerant of others as we are of them. No one should live in our country while denying our values and rejecting the very idea of a free and open society.”

While critics suggest such remarks to be divisive, unhelpful and even counter-productive, nothing could be further from the truth. Clear and unambiguous language is indispensable to leadership, creating the unity and commitment necessary to enable necessary prosecution of all enemies, foreign and domestic.

More importantly, one of the reasons behind the success of radical Islamic recruitment in places like Australia, Canada, Britain and Europe, is the allure of an identity and passionate cause. In most Western countries, with the exception of America, national identity hangs on by a thread, suffering from the multicultural delusion and leftist apologia. Individuals provided with little reason to be proud of their country, or feel an allegiance, go out in search for an identity. Right now, the radical Islamic identity is almost exclusive in its offer. This is why the language of the Australian Prime Minister is particularly refreshing, and welcome on the world stage.

As shown last December in the Sydney siege, Australia stands as vulnerable as any other nation to an Islamic-inspired attack, but the nation is comforted by the sentiments expressed by its leaders. No one would accuse the Prime Minister of not loving his country.

The same cannot be said of the American heartland, their concerns unassuaged by an Administration deliberately contorting itself to extraordinary positions to avoid any offense in light of the terror threat. Until they stop, they will remain incapable of uniting the world to defeat the enemy of human civilization.