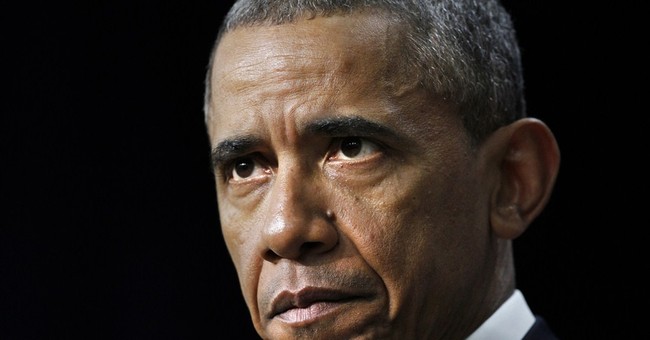 More than any time in recent memory, America needs leadership.

But President Obama and his Administration have repeatedly shown reluctance, if not unwillingness, to effectively deal with the holy war being waged.

Time after time, this White House and State Department have gone to extraordinary lengths to diminish the ISIS threat and protect the reputation of Islam. In doing so, they have been prepared to offend Christians and endure ridicule from the American public.

Comparison of ISIS with the almost 1000-year old Crusades, the suggestion of jobs for terrorists as a way of winning the war, and the language of “violent extremism” and “random attacks”, are examples of where the Administration has rightly earned the ire of the people.

Americans cherish intellectual courage and moral clarity. Their absence has witnessed unflattering comparisons of the President to James Buchanan and Neville Chamberlain.

The latter is a particularly biting reference, given the striking resemblance of Islamic supremacy to Nazism. Many have observed that, while the language is unlikely to be used today, the presence and actions of IS in several nations quantify World War III.

With the threat only increasing in intensity, the Administration’s attitude is deeply confounding. Many conclude the muddy thinking to be the result of political correctness and this President’s indisposition toward foreign affairs, prioritizing domestic reform.

While there is truth to both of these assumptions, the President’s disposition to Islam is rarely raised. This is owed, ironically, also to political correctness, and the derision such an exploration would elicit from a normally supine media on matters involving the President.

But President Obama’s actions, along with the language and actions of his Administration, are eminently understandable if President Obama is sympathetic to the Muslim world.

This is not to suggest that President Obama approves of ISIS barbarism, or agrees with ISIS intent. But there is clear evidence that the President sympathizes with the Muslim world, and believes that misguided US overreach is the prime motivation, not an interpretation of Islam endorsed by most Muslim scholars.

These are feelings likely forged during his childhood in Indonesia that would be reinforced by his worldview in later years. This is a man that openly observed to the New York Times that “the Muslim call to prayer was the prettiest sound on earth”, and referring to Arab Americans, insisted he would “stand with them should the political winds shift in an ugly direction.” His emphatic assertion in 2012 at the UN that "the future does not belong to those who slander the prophet of Islam" is consistent with this narrative. It is clear the President has great personal affection for Muslim culture and its followers.

Given the identity of the enemy, and the scale of the fight we face, this is a most unfortunate set of circumstances. If ever there was a time that civilization was not helped by an American President with a personal sensitivity to the Muslim world, it is now. It delays any serious prosecution of this death cult until the inauguration of a new President.

But President Obama should be careful, for continued adherence to vapid political correctness in the absence of any effective confrontation, will only give tenure to the terrorists.

Should Islamic State aspirations of a global jihad materialize and reach the homeland of America prominently, a rising body count will have many feeling that this President has blood on his hands.