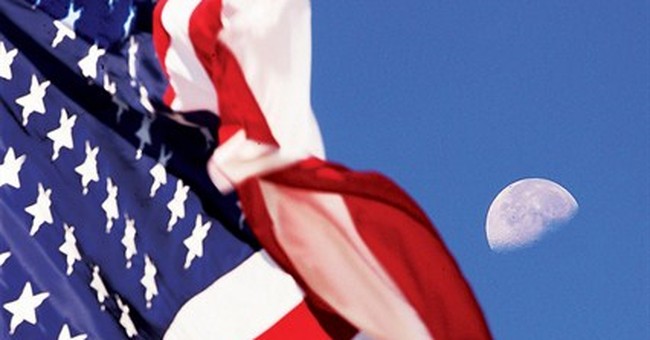 I’m often asked what America needs to do to boomerang.

The first item on my list always is: end the waste.

It’s immoral to saddle future generations with a mountain of debt. Plain and simple. And yet it keeps accumulating.

Some of the waste is shocking. More than shocking, actually.

On the eve of the midterm elections, we can only shake our head, and hope.

Do you like being told how to eat? Or giving grant money to Chinese researchers? Perhaps you stay up at night, tossing and turning, deliberating: “Why are lesbians fat?” Maybe you’ve always wondered what happens when you ply a monkey full of drink?

All of these causes were given money by your government. Your money. Your hard-earned money.

Just a few examples to whet your appetite (if that hasn’t been outlawed yet).

$15 billion dollars to teach you to discard the chicken fried steak, and embrace the celery. $90 million for China. C’mon, be fair now. It’s not as if they have enough of America’s money. A cool $2.87 million to understand why three quarters of lesbians are obese. What a conundrum. An easy $3.2 million to watch the monkeys wrap their teeth around a few brews, and get wasted (oops, sorry, probably not the best term to use in this context).

What’s next? Research into the connection between hurt feelings and land rights for gay, indigenous, whales? Or maybe the US government can check out the mating habits of frogs in a bio-degradable environment, when on a gluten-free diet?

It’s tragic to see the greatest country in the world reaching these depths. It’s the kind of nonsense we’d expect coming out of newspapers in Europe. But not America. Not a country with limited government as its founding vision.

Friends of America around the world are praying for a Republican victory in the Senate and the House tomorrow, and a reversion to traditional American views and practices concerning government.

The federal government must be cut in half. They shouldn’t be allowed to party with your money.

Which brings me to another joke.

What happens when a fat lesbian, drunk monkey and Chinese researcher all walk into a bar? You lose and the government wins.