Neal McCluskey
|
Posted: Aug 09, 2017 12:01 AM
Share   Tweet
The opinions expressed by columnists are their own and do not necessarily represent the views of Townhall.com. 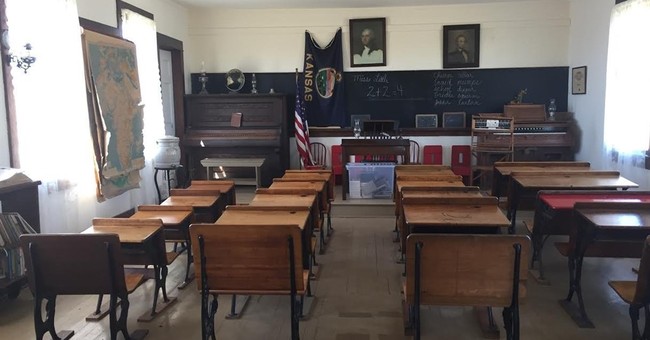 Perhaps because of all this good news, opponents of expanding the options available to parents and their children have launched a new strategy, one employing grossly cherry-picked history to imply that school choice is fueled by bigotry. It is both hugely inaccurate history, and hugely ironic, because if any education system has been shot-through with bigotry, it is public schooling.

The new assault started with “The Racist Origins of Private School Vouchers,” a report from the leftist Center for American Progress, focused on southern districts that, after Brown v. Board of Education, implemented school choice plans to dodge integration. Soon after the report’s release, American Federation of Teachers president Randi Weingarten declared in a speech to her union’s annual convention that choice and proposed federal education budget cuts were the “only slightly more polite cousins of segregation.” And just this week, TheNew York Times ran a piece by journalist Katherine Stewart stating that choice supporters’ objections to “government schools” have their lineage in racism and anti-Catholicism.

These are not totally without historical bases. Some segregationists, for instance, did try to employ choice to escape integration. But just because some people had ugly motives does not mean most supporters of school choice do. And these hyper-politicized versions of history have ignored that the far bigger, much more devastating story of bigotry has been in the public schools that were supposed to serve everyone.

The most glaring omission in these choice-smearing histories is that Jim Crow laws segregated African Americans in public schools for decades. Meanwhile, private schools sometimes integrated in open defiance of the law. And segregation did not occur only with African Americans or in the South. It was practiced in Boston through the mid-1850s, and Asians and Mexican Americans were segregated in other parts of the country.

Today, segregation still characterizes public schooling, though not because it is legally mandated. Now it is because where you go to school is largely dictated by where you can buy a home, and poor and minority families often cannot afford to live in predominantly white districts.

In another instance of historical spin doctoring, Stewart stated in her Times piece that attacks on “government schools”—the name school choice proponents quite factually use to refer to public schools—“have their roots in American slavery, Jim Crow-era segregation, [and] anti-Catholic sentiment.”

Anti-Catholic sentiment? For much of their history public schools were de facto Protestant institutions, often openly hostile to Catholics. What did Catholics do to cope? They started private schools, which at their peak enrolled roughly 5.5 million children. The ability to choose—though they had to sacrifice tax dollars and pay twice for education—was their lifeline.

Many European countries long ago recognized the importance to both social harmony and equality of allowing people to choose schools without penalty, empowering families to routinely select Protestant, Catholic, and other schools. And research suggests that private schools do a better job than traditional public schools of instilling civic values such as tolerance for offensive speech, and volunteering in one’s community. Perhaps this is because those who make use of school choice feel the need for tolerance a bit more acutely than people for whom public schools work fine, or because private schools work with people who have chosen them, and hence can have more rigorous, less compromised civics curricula.

While there were and maybe still are public schooling advocates driven by bad motives, most no doubt fought for what they truly thought was best for all. The same is true of choice advocates, and it reeks of poisonous politics to paint them otherwise, especially with blatantly spun retellings of history.

There is, though, a crucial difference between public schooling and choice: the former is intentionally designed so that some people—the political majority—make decisions for all. The latter, so that all people can decide for themselves what they want. By public schooling’s very nature, when there is disagreement one side must win and the other lose. Not so with school choice.

Choice, quite simply, is about equality and freedom. And despite the increasingly tawdry tactics of some choice opponents, people rightly want it.