Neal Boortz (that's me) has been a Talk Show Host (What Bill Clinton would refer to as a "Preacher of Hate") in Atlanta, Georgia since 1969. Since 1993 I have been holding forth on News Talk 750 WSB, a radio station with a 50,000 watt afterburner. Since early 1999 my show has been syndicated on radio stations from Maine to California and from Alaska to Florida. My program airs live from 8:30 to 1:00 pm each weekday. Right now I am closing in on four million listeners nationwide. Hey, that's not up to Limbaugh standards, but then I'm growing faster than he is.

Background? O.K., as if you weren't bored enough.

I was born on April 6, 1945 in Bryn Mawr, Pennsylvania. I didn't particularly like the accent of the people up there so I left for Texas about 30 days later when my Dad returned to the Pacific to continue his participation in World War II. (Marine pilot.) Texas was always my "official" residence, but I lived all over the place since Dad was in the Marine Corps. Some addresses would include Honolulu, Hawaii, Laguna Beach, California, Morehead City, North Carolina; Virginia Beach, Virginia, Pensacola, Florida and others.

By the ever-loving skin of my teeth I graduated High School in 1963 from Pensacola High with something like a C- average. A good collection of Polaroid photos of a member of the admissions staff opened the doors to Texas A&M University, and off I went. I was a worse student at A&M than I was in high school. I finished at A&M in 1967 and came to Atlanta to visit my parents. Dad was working at Lockheed at the time. I liked the place, and I stayed. I've been here ever since.

I wasn't through with higher education after Texas A&M. I entered law school in Atlanta in 1973 and graduated in 1977. Law school finally presented a challenge worthy of my attention, so I worked at it and graduated near the top of my class. I passed the bar before graduation so I went into practice immediately. I continued practicing law until I signed a contract with WSB in 1992.

During my years in talk radio I have managed to find other things to do. We'll attribute this to the fact that I am easily bored. From 1977 to 1992, as I said, I practiced law in addition to doing the talk show. Prior to 1977 you could find me working as a jewelry or carpet buyer, an insurance salesman, selling life and casualty insurance, loading trucks, slinging mail at the post office, working in an employment office, writing speeches for the Governor of Georgia and auditing the books overnight at a sleazy motel. Since I didn't retire from my law practice until I signed with WSB in 1992 this would mean that I was 47 years old before I ever had less than two jobs

I live in the Northern 'burbs during the week and in Southwest Florida during most weekends. When I'm not on the air or giving a speech somewhere, I like to spend whatever free time is left playing golf or flying. When it's time to slip the bonds of gravity I choose between a hot air balloon, my Mooney Ovation2 or my Super Decathlon. There's nothing like flying upside down to clear your mind ... among other things.

When I feel particularly frisky I like to sit down and write. My first book, "The Terrible Truth About Liberals," has been through six different printings. I'm presently working on my next book, "Somebody Has To Say It." I expect a brutal bidding war from several publishers for that one.

Yes, I'm married. My wife, Donna, doesn't listen to the show. Never has. This is good. My daughter, Laura, uses a fake last name. Another good idea.

Run for office? Well, thanks for asking --- but I'm afraid that the worst possible thing would happen. I would win. That would be a financial disaster for me. I am, however, toying with the idea of running for President on the Libertarian Party ticket after I retire from talk radio. I'll run just once --- and just for the hell of it. I'll select the most qualified vice-presidential candidate possible just in case something strange happens and I win. After I'm sworn in I hang around long enough to sign an Executive Order requiring all airport screeners to have graduated in the top one-half of their high school class. Then I'll free all non-violent drug offenders, take a few spins on Air Force One and get to know the interns. Then I'll resign and let the vice president take the controls.

Yes, I am available for speaking engagements. And --- no. I'm not free. I'm a confirmed greedy capitalist. 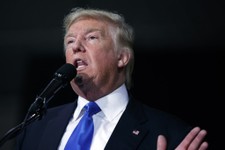 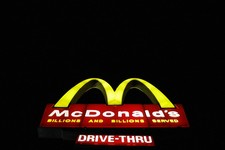 Wait—I’m Not Quite Through
By Neal Boortz
Yesterday Townhall.com published a column by yours truly that, by all accounts, was well received by Townhall readers. The topic ...
July 31, 2013 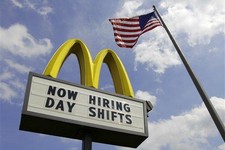 Entitled Fast Food Strikers Demand to Be Paid More Than They're Worth
By Neal Boortz
This column really is a bad idea. I should have counted to 100, had a drink, hit the treadmill for ...
July 30, 2013 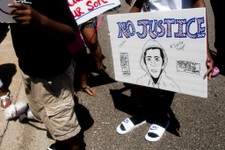 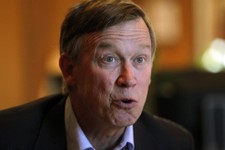 The Cyprus Cash Grab - Coming to America?
By Neal Boortz
You were shocked - SHOCKED, you say - at the very idea that the government of Cyprus would order ...
March 19, 2013

Another Trip Into the Recesses of the Liberal Mind
By Neal Boortz
Sit down. I’m truly sorry about this, but we really need to take another trip into the dark recesses of ...
February 21, 2013
Commentary Archives
CARTOONS | Bob Gorrell
View Cartoon