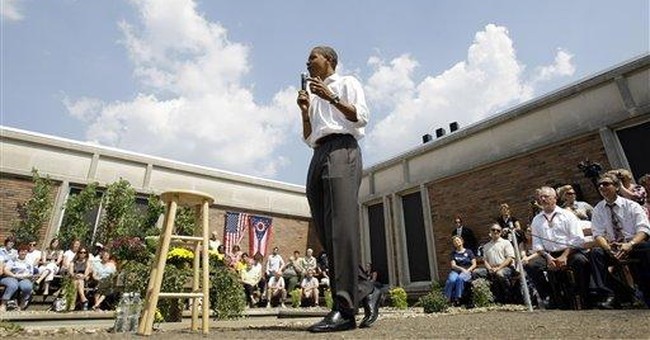 All of a sudden, the national Democratic Party has found religion.

The first official event of the recent Democratic National Convention was an interfaith service, complete with a Gospel choir and a rabbi reciting the Torah.

As the Associated Press reported, “Four years ago, such a scene would have been unthinkable at a Democratic National Convention.” But this year, faith is as popular as cell phones along the campaign trail, and Democratic Party officials are trying to get into the action.

Democratic Presidential nominee Barack Obama talks often of his faith. Look a little deeper, however, and you discover that the man that supposedly led him to Jesus was the fiery Reverend Jeremiah Wright, who also urged the Almighty to damn America.

Is this really religion? Or is this more show biz from a political party known for its Hollywood connections?

Take, for instance, John Edwards, the fair-haired boy whose star recently plummeted from the political sky following revelations he had had an extra-marital affair and lied about it. Edwards was nowhere to be found at the recent Democratic Party festivities. Instead, we received a command performance from former philanderer-in-chief, Bill Clinton. Like Edwards, Clinton had fooled around and lied about it. The issue here isn’t forgiveness—certainly any person of faith is required to forgive the transgressions of politicians—but integrity and repentance. A number of Clinton’s Democratic apologists will claim to this day that “everyone lies about sex”—a remark offensive to those who see both adultery and lying as sins against the Commandments.

There is another irony in the Democratic Party trying to claim religion’s crown. After all, Democrats and members of the American Civil Liberties Union have done their best to prevent prayer in schools, City Hall manger scenes, and other sincere expressions of faith. The Dems have spent 75 years banning prayer, and now they’re bowing their heads at party breakfasts, lunches, and dinners.

I’m not really sure which is worse—being overtly hostile to religion, or playing the religious card in a hypocritical attempt to win votes. In either case, it would seem that Democratic Party leaders still don’t get it when it comes to ordinary Americans and their religious faith.

You see, for many Americans, God is the source and goal of their lives. They go to church not to score political points, but to pay homage to their Creator and Sustainer. They offer grace at meals not for the benefit of the TV cameras, but for the sake of their souls. Their faith is genuine—not like a costume they put on for some kind of morality play.

One can only hope that voters this fall, when examining the various candidates, will consider that Biblical admonition—by their fruits you will know them. Actions preach louder than words uttered by politicians in the shadow of the convention hall.

Only when Democratic Party officials’ prayers translate into pro-family policies can we say that their conversion is real.