The Shkreli-zation of Pharmaceutical Companies

Mytheos Holt
|
Posted: Apr 05, 2016 12:01 AM
Share   Tweet
The opinions expressed by columnists are their own and do not necessarily represent the views of Townhall.com. 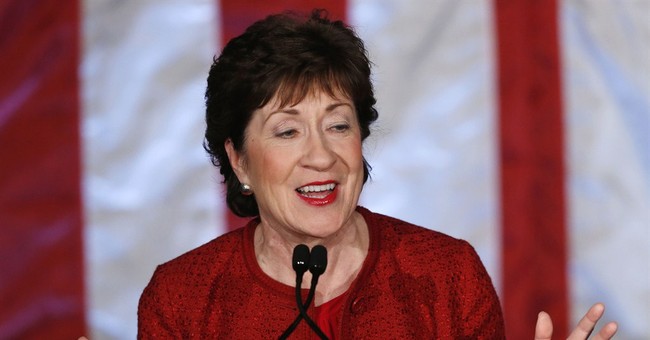 Now, for those who don’t remember, Turing Pharmaceuticals is the company led by notorious shark and price gouger Martin Shkreli, who is currently under investigation by the FBI for securities fraud. Shkreli became infamous for raising the price of the antiparasitic drug Daraprim from $13.50 per pill to $750 per pill. Even the BBC marveled at how this single act had made Shkreli “the most hated man in America.” In other words, if you wanted to find an example of pharmaceutical executives abusing the public trust, look no further than Shkreli.

However, judging by the conversation between Sen. Collins and Michael Smith, Shkreli is simply the most visible lesion on the infection of a company known as Turing. This became obvious when Collins asked Smith about the over two-decade old 340B program, which makes pharmaceutical companies that want access to the Medicare market sell their drugs at reduced prices to hospitals treating the poor.

Pharma has claimed the program encourages fraud, a charge which, regrettably, some conservatives have helped them make. If those conservatives have any integrity, however, they will stop, because Collins’ exchange with Smith more or less eviscerated the argument.

The most devastating moment came when Collins asked Smith about a chat he’d had with fellow Turing Executive Patrick Crucher. “You went on to discuss concerns that you had with the 340B…program,” Collins began, going on to explain, “this is a program that provides needed medicines for our nation’s desperately poor. You expressed concern that it was cutting into Turing’s profits.”

Collins then closed the jaws of the trap, showing an email from Crutcher on a slide. “As you can see from the slides, your colleague Mr. Crutcher wrote, ‘Time to dip out the 340B claims (expletive deleted). F these guys. Your reply, ‘LOL. Yeah, I told her to start disputing the 340B claims.’”

Drily, Collins concluded, “That exchange alone, and there are many more I could have pointed to, make it very difficult for me to believe your statement when you express your deep concern for the patients.”

Smith protested awkwardly that he was only concerned about fraud in the program (another nonsense charge from Pharma), even if he’d used “stupid comments” and “regretful language” to discuss it. Collins didn’t let him off the hook.

“Well, ‘LOL, yeah’ doesn’t sound like you’re talking about fraudulent claims,” Collins quipped. “The whole tenor of this exchange is ‘Can you believe there are suckers out there who are paying the full price…we have to start fighting back on the 340B program.”

Senator Collins has been attacked for her moderation and excessive tendency to compromise before, but this exchange definitely shows she can plant her feet and not budge when it counts. Turing has made itself an easy target, but when you have an infestation, the first parasite to expose itself is always in the bull’s-eye. Hopefully, more public spirited figures like Sen. Collins will have the guts to act as exterminators not just of Turing, but of the rent-seeking morass that is the pharmaceutical industry.