Mytheos Holt
|
Posted: Jan 30, 2016 12:01 AM
Share   Tweet
The opinions expressed by columnists are their own and do not necessarily represent the views of Townhall.com. 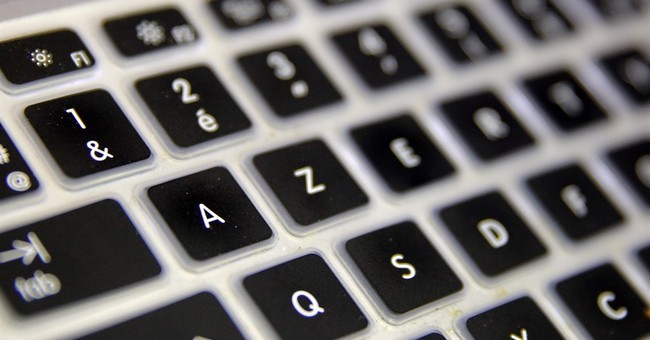 At a recent panel sponsored by the Consumer Technology Association (CES) dealing with the improvement of America’s patent system, the audience found itself stunned.

The reason? Apparently, while practically everyone on the panel agreed that patent reform was a necessity, including not only representatives of startups, but even Rep. Darrell Issa (R-CA), there was one glaring exception. Laurie Self, a top lawyer for the tech giant Qualcomm, struggled to come up with even a single way to stop abusive patent trolling outside of – get this – expanding the powers of patent holders. As the panel’s moderator, Techdirt blogger Mike Masnick, put it:

The concerns of the three actual representatives of small companies on the panel -- who are actually dealing with patent trolling on a regular basis -- were completely dismissed by Self. When Newegg's Cheng challenged Self to come up with a single specific example of how to stop abusive patent trolling, she came up with nothing, except ideas toexpandthe powers of patent holders to go after companies. Every time people brought up abuse, Self more or less threw up her hands and said "how can you possibly tell what's abuse and what's not" and so, the implication was: why even try to stop abusive trolling?

This should not have been surprising, for as Masnick also explained, Qualcomm has been the leading opponent of any reform of the patent system from pretty much the word “go.” Here he is again:

Qualcomm has been a longterm fighter against patent reform -- which isn't all that surprising, as a big part of Qualcomm's business has been licensing its patents. Many people have argued that Qualcomm, in particular, has beenthedriving force behind blocking patent reform. It's funded think tanks and front groups pretending to "represent inventors." If you see a big patent conference where all of the speakers are basically in favor of expanding the patent system and against reform, there's a better than even chance that the top sponsor of the event is Qualcomm. And so it was little surprise that she presented herself as arguing for "the little guy" on the panel, despite the fact that Qualcomm is a $70 billion company.

In other words, for patent policy wonks looking for a villain to blame for the abuse-friendly status quo, Self might as well have walked onstage in a cape and top hat, twirling a moustache.

However, for those of us who follow more than just patents, but tech policy generally, the revelation that Qualcomm might possibly be a predatory enterprise trying to gobble up huge sectors of the American economy using monopolistic, abusive practices ranks up there with “the sky is blue” for sheer obviousness.

Qualcomm’s now widely exposed status as a glorified patent troll has been common knowledge for some time due to its manipulation of a much more technical, but no less vital, issue: the future of American WiFi.

What if I told you, for instance, that your options as an internet user have been artificially constrained for years by Qualcomm lobbying? Well, it’s true. They have. You see, along with the rest of its portfolio, Qualcomm owns the patents on 3G and 4G chips, which obviously have become ubiquitous in cell phones. However, Qualcomm doesn’t just use these patents to make a killing in profits from cell phone manufacturers: it also uses them to try and shut out any and all lower cost competitors with classic patent troll lawsuits.

Furthermore, the flow of data doesn’t just happen magically. Rather, everything you download, stream, or access, gets transferred along what are called “spectrum bands”: essentially, roads for data traffic, whether it’s WiFi, radio signals, TV signals, or anything else. Qualcomm has persistently lobbied to keep these “roads” closed out of fear that their being opened to additional traffic might make their patents less valuable. That is, unless opening one of those bands might enable them to literally destroy the WiFi of anyone whose service comes from a competing company. That, they’re fine with. Small wonder they’re willing to give over $300,000 to Hillary Clinton in speaking fees: corrupt, abusive thugs flock together.

In other words, Qualcomm is arguably the main abuser in patent law and policy, and it’s a fairly safe bet that they’re on the wrong side of any given issue in the tech sphere. We owe CES a debt of gratitude for exposing them yet one more time, and one only hopes that now, their opinions will be taken with the metric ton of salt that they warrant.