Myra Kahn Adams
|
Posted: Sep 27, 2020 12:01 AM
Share   Tweet
The opinions expressed by columnists are their own and do not necessarily represent the views of Townhall.com. 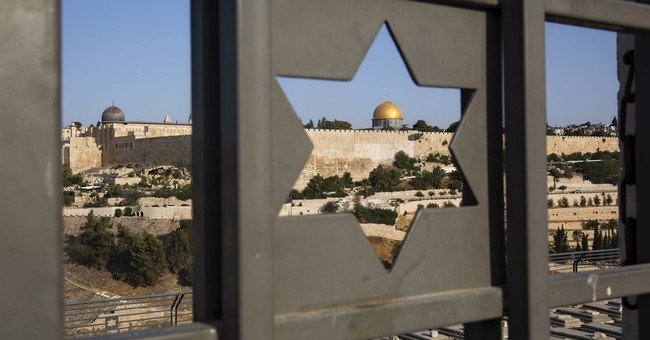 Today is the holiest day of the Jewish calendar, Yom Kippur, the Day of Atonement.

The source is Leviticus, the third of the “Five Books of Moses” in the Hebrew Bible (Old Testament.) The Books, also known as the Torah or Pentateuch, appear in the following order: Genesis, Exodus, Leviticus, Numbers, and Deuteronomy.

Leviticus, Chapter 16, establishes the Day of Atonement as ordained by God for the ancient Israelites to cleanse themselves of sin. The Almighty said to His people:

"This shall be a statute forever for you: In the seventh month, on the tenth day of the month, you shall afflict your souls, and do no work at all, whether a native of your own country or a stranger who dwells among you. For on that day the priest shall make atonement for you, to cleanse you, that you may be clean from all your sins before the Lord” (Leviticus 16: 29-30).

Having been born and raised Jewish, here is what I remember about Yom Kippur.

My non-religious parents were “twice-a-year Jews” – a common moniker among Jews for who only attended Temple on the two High Holidays of Rosh Hashanah (the Jewish New Year), and Yom Kippur.

Even my non-religious father (see Vol. 15) abstained from work on the Day of Atonement but did not attend synagogue. However, as required, my mother fasted and dutifully went to Temple Beth Shalom. She also bought a new dress - as had most of her “sisterhood” - prompting my Dad to remark that the High Holidays were a “fall fashion show.”

For me, Yom Kippur was a day off from school to play with my friends. We lived in a “Bagel Belt” of twice-a-year-Jews, and none of us kids gave any thought to “sin cleansing.” (Decades later, I learned the reason why our neighborhood in the Boston suburb of Needham was overwhelmingly Jewish when Jews were a small minority in the town. My mother said that in the 1950s post-war exodus from the city, Jews looking to reside in Needham were only allowed to buy homes in newly built neighborhoods.)

At age 20, Yom Kippur took on a different meaning for me after becoming a follower of Jesus Christ. It was then I learned about ancient Israel’s method of sin forgiveness and believe it has a Messianic parallel that occurred about 1475 years later.

The Yom Kippur Leviticus chapter is packed with vivid details of ritual animal slaughter on the Day of Atonement. The following verses are one example of blood sacrifice and also explain the root meaning of the word “scapegoat.”

What follow are the Lord’s instructions to His people:

"Then he [Aaron, the Chief Priest and brother of Moses] shall come out to the altar that is before the Lord and make atonement for it. He shall take some of the bull's blood and some of the goat's blood and put it on all the horns of the altar. He shall sprinkle some of the blood on it with his finger seven times to cleanse it and to consecrate it from the uncleanness of the Israelites.

"When Aaron has finished making atonement for the Most Holy Place, the tent of meeting and the altar, he shall bring forward the live goat. He is to lay both hands on the head of the live goat and confess over it all the wickedness and rebellion of the Israelites-all their sins-and put them on the goat's head. He shall send the goat away into the wilderness in the care of someone appointed for the task. The goat will carry on itself all their sins to a remote place; and the man shall release it in the wilderness” (Leviticus 16:18-22).

It is important to note that 10 verses earlier, there were two goats, “Aaron shall bring the goat whose lot falls to the Lord and sacrifice it for a sin offering” (Leviticus 16:9).

The remaining goat was destined to “escape” after all the sin of the Israelites was transferred to the animal. The passage reads: “But the goat chosen by lot as the scapegoat shall be presented alive before the Lord to be used for making atonement by sending it into the wilderness as a scapegoat” (Leviticus 16:10).

Christians will identify the “scapegoat” to be like Jesus, who, on the cross, took upon himself our sin and the sins of the world. In Romans, St. Paul famously wrote, (and I added bold to the most prominent Yom Kippur connection):

"For all have sinned and fall short of the glory of God, and all are justified freely by his grace through the redemption that came by Christ Jesus. God presented Christ as a sacrifice of atonement, through the shedding of his blood-to be received by faith" (Romans 3:23-25).

“Yom Kippur is simply known as Yoma, ‘the day’ in rabbinic literature. On that sacred day, two goats were central to Israel’s atonement system. The first was put to death for the sins of the nation while the second was sent into the wilderness, carrying away Israel’s sins. Yeshua [Jesus] fulfills these two roles, dying for our sins and carrying them away. In Him, we are forgiven and free.”

I also reached out to Rabbi Aaron Allsbrook, who leads Ohev Yisrael Messianic Jewish Congregation in Springfield, VA., and wrote:

"God prescribed bulls and goats to cover our sins once a year for the sins we committed in error. These are band-aids, things that go over a wound. While children may believe that band-aids heal boo-boos, we know that they just cover them. At the end of the day do we want band-aids or healing? If God could use dirty, stinky animals to cover our wounds, could He not send us the perfect, spotless Messiah to heal our wounds, as it is written, 'By His stripes we are healed' (Isaiah 53:5). How else can there be peace and wholeness except by healing the heart of man? This is the fullness of atonement found solely in the mighty work of Yeshua's bloody death on that tree 2,000 years ago. Be healed today!"