Myra Kahn Adams
|
Posted: Sep 21, 2018 12:01 AM
Share   Tweet
The opinions expressed by columnists are their own and do not necessarily represent the views of Townhall.com. 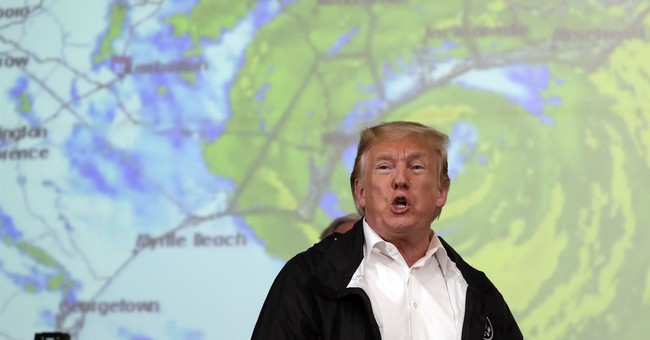 Over the past five months, I have been writing, thinking, and asking political strategists if President Trump’s 2020 reelection campaign could collide with impeachment proceedings. This is a scenario that would spark political chaos while potentially igniting a “DEFCON-1” national security crisis ripped from the pages of a best-selling thriller.

It was in early April when I first publicly voiced my concern in the Townhall op-ed, “Trump 2020 Campaign Forecast: 99 Percent Chance of Thunder and Lightning”, writing:

“Conceivably, President Trump could concurrently campaign for re-election while fighting impeachment. Those circumstances would define a “nation divided” subjecting our democracy to the ultimate “stress test.” One can only imagine the record-breaking television ratings the “Trump Impeachment Show” would garner for a sad melodrama that our nation’s enemies would try to exploit.”

Then, later in April while at a filming of Showtime’s hit political documentary show aptly named, "The Circus" — I suggested to host Mark McKinnon that he ask his interview guest — veteran GOP strategist, and longtime Trump supporter Roger Stone — to comment on the prospects of a Trump re-election impeachment scenario.

With camera’s rolling I reported that Stone, “believed President Trump would run for reelection, even if impeachment proceedings were ongoing, and that Trump would turn impeachment into a campaign advantage.” (Due to “breaking” Stormy Daniels news that week, Stone’s entire interview did not air.)

"He [Trump] has already told confidants how he would run for reelection in 2020 if impeached (but not removed) by playing the victim card.

"A source who’s discussed the midterms with Trump said: "He has repeated to folks that, if the Democrats impeach him, it would be a victory, politically, because it would be a complete overreach and he could exploit it and run against it in 2020.

"'But this president is not interested in being an impeached president. His ego would not tolerate such a thing.'"

During the ensuing five months, I am surprised how far this potentially earth-shattering presidential crisis has evolved.

Starting with my writing that “conceivably” President Trump could run for reelection while fighting impeachment, to Roger Stone stating how Trump would turn impeachment proceedings into a 2020 advantage, to a respected news site reporting that Trump is telling confidants he would “exploit” impeachment and run against it in 2020 as a “victim.”

If this presidential “made for reality TV drama” were to turn into a national nightmare, three events must occur:

On the evening of November 6, Democrats win control of the House of Representatives.

On January 3, 2019, the 116th United States Congress convenes and sometime during its session, Democrats vote to impeach President Trump. Remember, only a simple majority vote is required for impeachment to pass the House.

Then, either reacting to the threat of a close impeachment vote, or after the impeachment vote passed, President Trump would be pressured by Republican leaders to reconfirm and address his re-election decision.

All three scenarios assume that Republicans keep control of the Senate in November.

But, if Democrats were to win in an upset, a fourth history-making event could occur:

Two-thirds of the Senate (including some Republicans) might vote to convict President Trump and he would be removed from office. At this writing, conviction by the Senate is highly speculative and unlikely, with impeachment “charges” to be determined.

But, since anything is possible, Trump could have the dubious distinction of being the first president in U.S. history who was impeached, convicted, and removed.

Meanwhile, well within the realm of possibility is that on November 6, if Democrats win control of the House, our nation could be plunged into the most divisive presidential crisis in recent history.

Assuming that Democrats pursue impeachment, there are three reasons why it could be more intense than the lead-up to President Nixon’s resignation in 1974 or President Clinton’s impeachment in 1998.

First, our nation is significantly more polarized than it was in 1974 or even compared to the 1998 levels of polarization.

Second, social media will exacerbate emotions on both sides of the impeachment debate.

Third, the world is more dangerous in the post-9-11 era. Therefore, our enemies will likely find ways to test President Trump during what would be a time of extreme political destabilization and domestic volatility.

Finally, no president has ever run for re-election while fighting impeachment. Will Donald J. Trump be the first?