Myra Kahn Adams
|
Posted: Aug 02, 2018 9:15 AM
Share   Tweet
The opinions expressed by columnists are their own and do not necessarily represent the views of Townhall.com. 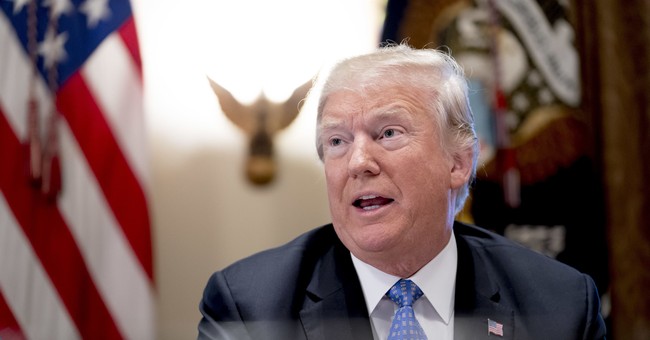 The “official” start of the 2020 presidential election campaign is the day after the midterm election. Given that November 7 is less than 100 days away, it’s time for the silly season of wild political speculation.

Taking center stage is the New York Times, which recently published two diametrically opposed op-eds similarly subtitled, “A sneak peek at The Times’s news analysis from Nov. 4, 2020.” The titles speak for themselves:

Both op-eds are amusing reads with predictable assumptions supporting opposite conclusions. In Stephens’ piece, Trump’s “reelection victory” — although he loses the popular vote again — is based on a robust economy and unpopular socialist-like giveaway programs proposed by the Democratic ticket.

Meanwhile, Leonhardt blames Trump’s “loss” on his consistently low approval ratings with an, “I’m just tired of him” attitude that galvanizes key Democratic voter groups and motivates droves of independent voters to the polls.

Interestingly, in Stephens’ “2020 sneak-peak” op-ed, the losing Democratic ticket is led by Sen. Elizabeth Warren of Massachusetts and her running mate is Sen. Sherrod Brown of Ohio.

Note that at the end of Leonhardt’s op-ed he includes a postscript explaining that like Stephens, he chose Warren as the Democratic presidential nominee because “she's highly plausible” and “to avoid any suggestion that the specific nominee was the reason I was suggesting a different outcome than he did.”

Inspired by the New York Times op-eds, my 2020 presidential campaign “news” headlines with “out of the box” thinking offers more speculative summertime fun for political junkies. These “headlines” are also based on the undeniable concept that in politics, “always expect the unexpected.” Let’s begin with the most dramatic concept:

President Trump is NOT the 2020 Republican presidential candidate.

Wait! Before any rabid Trump supporters send me hate tweets, this highly speculative assumption is based on President Trump’s own words as told to Piers Morgan in a July 13 interview while visiting Great Britain.

Asked by Morgan about his reelection, President Trump replied, “Well, you never know, er, what happens with health and other things. I mean, you know, let’s face it…”

Of course, Trump is correct, “you never know.” Therefore, fill in the blank, for whatever the reasons, Trump is not the 2020 incumbent.

Moreover, in a well-sourced Trump 2020 campaign piece in September’s Vanity Fair by Gabriel Sherman, he writes, “Much of the Republican establishment, and even many Trump allies, have been contemplating a Plan B for months.”

Now that we know there is “official” talk of “Plan B,” let’s explore two scenarios.

First, Trump declines to run for reelection and finishes his term.

Assuming no incumbent, here is a spring 2020 headline:

As the summer of 2020 approaches, another headline reads:

The second scenario: Vice President Pence is “President Pence.” (Again, for whatever reason, because this silly season, wild speculation game is not based on reasons “why,” it just “is.”)

With “President Pence” as the incumbent, there is also an incumbent VP as reflected in this mid-2020 headline:

Followed by the Nov. 4, 2020 headline: “Presidential race too close to call.”

Shifting to the 2020 Democratic Party nomination fight, unlike the New York Times op-eds, I firmly believe that Sen. Elizabeth Warren will NOT lead the ticket. Thus, here are more speculative headlines. The first is based on Trump running for reelection:

Speculating that Trump is not the Republican nominee, headlines read:

Finally, for the most outrageous 2020 campaign headline of all:

Remember, in politics anything is possible!

To reiterate, the New York Times inspired my 2020 headline speculations motivating me to provide alternatives. Besides, I am just having some political fun like I was in June 2013 when writing, "Why it Looks Like Donald Trump is Really Running for President in 2016."  (I can still hear howls of laughter.)

Whether eliciting laughs or groans, I have learned that wild presidential election speculation is always entertaining.

Could This Be the Reason Why Police Reportedly Didn’t Enter Texas School to Confront the Shooter?
Townhall
Former Minister of Truth Nina Jankowicz says she 'never wanted to edit your tweets'
Twitchy
WATCH: Woman Being Assaulted Pleads for Help While NY Subway Riders Do Nothing
Redstate
Why the Heck Did Amber Heard's Legal Team Call Her Back to the Stand?
PJ Media