Mona Charen
|
Posted: Apr 20, 2018 12:01 AM
Share   Tweet
The opinions expressed by columnists are their own and do not necessarily represent the views of Townhall.com. 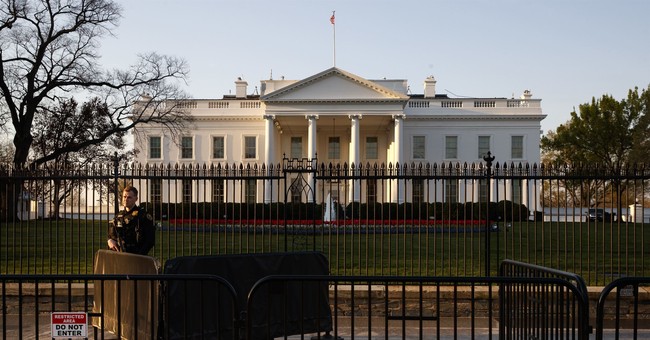 Playboy Enterprises just announced that it has purchased a table at this year's White House Correspondents Association dinner. Swell. Just what we need.

The dinner, as you've probably heard, is an annual ritual of narcissism in which leading press figures don black tie and hope to see, or better yet, be seen with, Hollywood stars. Like much of politics, much of journalism has become entertainment, and though journalists dub the dinner the "nerd prom," the self-deprecation becomes more strained with each passing year, as journalists themselves have become, literally and otherwise, "beautiful people."

In 2011, President Barack Obama took the podium at the dinner to mock a particular guest: Donald Trump. Admittedly, Trump fired the first shots by seizing on the "birther" conspiracy, but even unprovoked, Obama had a weakness for scorn, and he ladled it on liberally. The cameras caught Trump glowering with no pretense of being a good sport. Seth Meyers, the evening's other entertainer, piled on: "Donald Trump has been saying he'll run for president as a Republican, which is surprising as I just assumed he was running as a joke."

It's traditional for presidents to respond to the ribbing with a speech of their own, taking gentle swipes at the media and, ideally, themselves. Nancy Reagan was able to transform her image as a snooty Marie Antoinette when she performed a skit wearing rags and singing "Second Hand Rose."

In 2017, President Trump, who has called the press "the enemy of the American people," declined to attend, and says he will skip this year's fest as well. It's traditional for the president's speech to be disarmingly self-deprecating, an unfamiliar mode for Trump.

Most will shrug at the inclusion of Playboy among the evening's hosts. "The Bunny Beacon will be beaming from Washington" proclaimed The Washington Post, quoting Cooper Hefner's diagnosis that "D.C. has a tendency to be sort of high-strung." There were the pro-forma invocations of the First Amendment. The Post nodded to "Hugh Hefner's clear interest in a free press," but wondered why Playboy has waited until now to participate in the Correspondents dinner. The Hill's reporting sheds some light on that. The invitation reportedly read: "Playboy has always been a passionate fighter for the First Amendment and for a free press in general." Playboy's participation this year will serve as an "appreciation for the work (journalists) do with a wink and nod to the culture and politics of D.C."

Ah, so it's a victory lap. The grandfather of porn, Playboy, is holding this party now to celebrate its triumph in every realm of American life. The "wink and nod" can be interpreted in many ways, but at least one immediately leaps to mind: The party of family values has elevated a man who has been featured on a Playboy cover and proudly displayed it in his New York office. Evangelical leader Jerry Falwell Jr. and his wife posed in front of that cover with Trump, all three making the thumbs-up sign, which, in context, was a gesture of surrender to the libertine culture Falwell's father burned to resist.

And while the mostly liberal Washington press corps has a more benign view of pornography than evangelicals do, they do have some standards, don't they? The White House Correspondents Association could have declined to include Playboy. After all, the supposed true purpose of the organization is to raise money for journalism students, though there are accounts suggesting that fewer and fewer of the proceeds have lately been going to scholarships. But simply for their sense of decorum and whatever seriousness of purpose they purport to uphold, they might have rejected Playboy's money. They have been awfully censorious toward Sean Hannity (justifiably) for blurring the lines between journalism and sycophancy, so you might think they'd want to draw a line between what they do and what Playboy does. Sorry, I seem to have slipped into a reverie. Who are we kidding? Who doubts that some mainstream news organization will invite Stormy Daniels or Karen McDougal? As for Playboy, they've already invited Anthony Scaramucci, which is about perfect. Sleazy meets disgusting. I'll leave it to you to decide which is which.