The Uses of Disgrace

Mona Charen
|
Posted: Nov 16, 2017 12:01 AM
Share   Tweet
The opinions expressed by columnists are their own and do not necessarily represent the views of Townhall.com. 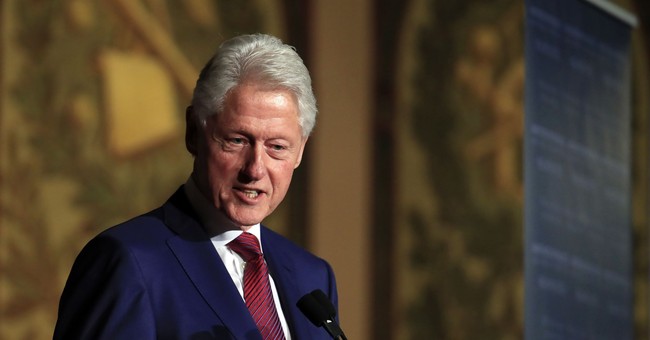 In 1983, two congressmen, one a Democrat and the other a Republican, were censured by the House. Both had admitted to having affairs with 17-year-old pages. The Republican, Daniel Crane, represented a conservative Illinois district. His constituents sent him packing the following year, despite his apology and request for forgiveness. The Democrat was Gerry Studds, who represented a liberal Massachusetts district. His relationship had been with a young man. He admitted to a "very serious error in judgment," but seemed to imply that he was owed more latitude because he was gay. "It is not a simple task for any of us to meet adequately the obligations of either public office or private life, let alone both," Studds said in an address to the House, "but these challenges are made substantially more complex when one is, as I am, both an elected public official and gay." He was reelected six more times and retired voluntarily in 1997.

At the time, conservatives saw the congressmen's differing fates as symbolic of a difference between the parties. Sure, we conceded, there are bad apples everywhere, but the way they are received tells you something about their constituents. Do they bend the rules when one of their own is caught in a transgression? And how do you define what a transgression really is?

In the 1990s, liberals and feminists unloaded on Sen. Bob Packwood and Justice Clarence Thomas. These were teachable moments, they said. A superior must never take advantage of his position to pressure a subordinate for sex or even for dates. Anita Hill was anointed as the "Rosa Parks of sexual harassment."

And then came Bill Clinton -- and a resounding "never mind" echoed through liberal world. Gloria Steinem herself offered Clinton absolution in a New York Times op-ed. "If President Clinton were as vital to preserving freedom of speech as he is to preserving reproductive freedom," she asked, "would journalists be condemned as 'inconsistent' for refusing to suggest he resign? Forget it."

Bottom line: Having the "right" views amounted to a get-out-of-jail-free card. Hapless Harvey Weinstein thought the card was still valid. When his gross conduct was first reported in The New York Times, he issued a statement promising to go after the NRA with renewed vigor.

Of course, some conservatives are now up to their nostrils in hypocrisy themselves. They believed Kathleen Willey and Juanita Broaddrick, but the multiple accusations against Donald Trump were just political hits (despite his acknowledgement on the Access Hollywood tape). And with Roy Moore, we've reached a truly upside-down world in which social conservatives find themselves saying that a district attorney who scoured shopping malls and courthouses for girls who couldn't even drive yet was OK because, well, something about Joseph and Mary. Republicans have come a long way since Daniel Crane.

Some liberals are now coming around to the idea that, as Matt Yglesias of Vox put it: "I wonder how much healthier a place we'd be in as a society today if Bill Clinton had resigned in shame back in 1998."

The key words are "in shame." Bill Clinton's shamelessness -- and his party's acquiescence in it -- corrupted our culture in profound ways. What we choose to shame or overlook determines what kind of society we are. We didn't want to hold him to account, and so we told ourselves convenient lies, such as that it "was just sex." It wasn't. It was classic harassment, and assault, and abuse of power, and perjury. But his worst transgression was refusing to acknowledge our unwritten code of honor. If he had done the right thing and resigned, he would have taken the disgrace on his own back, where it belonged. By brazening it out, he made all of us complicit in it. His refusal to resign said, "I'm an abusive pig, and you are a country of abusive pigs if you permit me to remain in office."

Inevitably, because we let Bill Clinton off the hook, we had to downplay the seriousness of his offenses. So here we are. It is quite possible that Harvey Weinstein and Anthony Weiner and Kevin Spacey and Roger Ailes and the rest of the rotten roster of sex abusers thought, even if only in the back of their minds, that if they got caught, in our age, this sort of thing gets a wink and a nod.

After all, it's just sex.