Mona Charen
|
Posted: Dec 09, 2016 12:01 AM
Share   Tweet
The opinions expressed by columnists are their own and do not necessarily represent the views of Townhall.com. 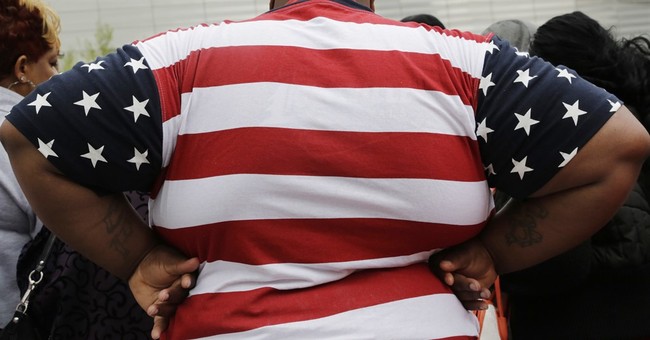 Something is killing us -- beyond the fact that life itself is a terminal condition. This week brought news that the U.S. mortality rate overall has risen slightly since 2014. "It's a definite milestone in the wrong direction, and the concern a lot of us have is that it reflects largely the approximately three-decade-long epidemic of obesity," Stephen Sidney, a California research scientist, told The Wall Street Journal. Death rates rose for eight of the 10 leading causes, including heart disease, stroke, chronic respiratory disease, injuries (including drug overdoses), diabetes, kidney disease, Alzheimer's disease and suicide. Cancer death rates continue to decline, and influenza deaths were unchanged. The uptick in deaths means that life expectancy rates for babies born today have dropped a bit.

For something as multifactorial as overall death rates, a certain modesty is necessary in interpreting the data and/or offering hypotheses. I have my favorite suspicion, and I freely acknowledge that it's a hunch. A large number of Americans are living alone (27 percent in 2014, compared with 13 percent in 1960) and becoming alienated from community, church, and neighborhood groups (the so-called mediating institutions of society). A 2010 AARP survey found that one third of adults over 45 years old reported that they were chronically lonely, whereas only 20 percent said the same a decade earlier. Not everyone who lives alone is lonely, and some people who live with others are, but the rise of loneliness is real and has measurable health effects.

As Judith Shulevitz explained in The Atlantic:

"Psychobiologists can now show that loneliness sends misleading hormonal signals, rejiggers the molecules on genes that govern behavior, and wrenches a slew of other systems out of whack. They have proved that long-lasting loneliness not only makes you sick; it can kill you. Emotional isolation is ranked as high a risk factor for mortality as smoking."

Last year, the wife/husband team of Anne Case and Angus Deaton made headlines with a study showing something that had not been seen for many decades in the United States: The death rate for non-Hispanic whites between 45 and 54 years old in the United States was actually ticking up. The mortality rates for African-Americans, Hispanics and other age cohorts were continuing a downward trend that had been steady and steep for decades (or centuries, by some measures). Even more disturbing, the Case/Deaton study suggested that these white Americans were dying not of heart disease or cancer (though some do, of course) but of diseases that imply a sickness of spirit as much as of body -- suicide, drug overdoses and cirrhosis of the liver. This could be a signal of the declining economic prospects of lower-skilled workers, or it could be a symptom of the loneliness and despair that the breakdown of families has left in its wake.

But something else may be at work as well. This week, the British Medical Journal, after careful consideration, rebuffed the efforts of the Center for Science in the Public Interest to force the journal to retract an article by Nina Teicholz. She is the author of "The Big Fat Surprise: Why Butter, Meat, and Cheese Belong in a Healthy Diet," a great debunking of standard nutritional advice. In what has been dubbed "the battle of butter," Teicholz assails the U.S. Dietary Guidelines, which have (informally since the 1960s and officially since 1980) urged Americans to eat less fat and more carbohydrates (see: the food pyramid). Teicholz argues, and the British Medical Journal confirms, that the "strong" link between consumption of saturated fat and heart disease is not supported by the evidence. Meanwhile, assiduously eliminating fat from the diet has caused Americans to substitute processed carbohydrates such as grains, which are less filling than fat and may lead to obesity.!

It is notable that as Americans have followed the dietary guidelines, obesity has skyrocketed. And with obesity come the killers -- heart disease, cancer and diabetes.

Teicholz's careful review of the origins of the fat/heart-disease orthodoxy is a case study in why skepticism of experts is, well, healthy. This is not to suggest that we abandon the scientific method or give the rumor Uncle Fred sends on Facebook the same weight as an article in Nature. It is an argument for remembering that the term "settled science" is an oxymoron.