Should 'Never Trump' People Get Over It?

Mona Charen
|
Posted: May 24, 2016 12:01 AM
Share   Tweet
The opinions expressed by columnists are their own and do not necessarily represent the views of Townhall.com. 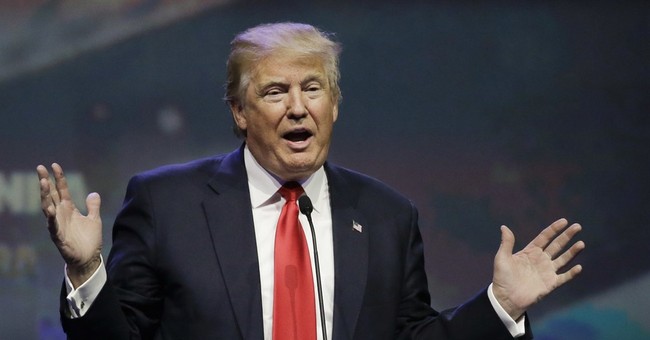 Trending
Washington state's Republican Party just defied the stampede toward "unity." Meeting over the weekend, they awarded 40 of the state's 41 delegates to Ted Cruz. Washington's Republicans have refused to be sheep.

The past few days have featured hectoring demands of Never Trump people to "get over it." These have come not just from the more bullying precincts of Trump fandom, as in "Get on the Trump train or get run over," but also from party regulars and officeholders suggesting that failure to endorse Donald Trump now is a kind of stubborn self-indulgence. "While you sit out, Hillary gets elected," huffed one of my critics, for example.

Yes, if there is a binary choice (not completely clear as of this writing) between Hillary Clinton and Donald Trump, it is possible that voters in swing states who decline to support Trump may be assisting Clinton. This is not a secret. Some Never Trump voters may have to live with that miserable outcome rather than violate their consciences by voting for an authoritarian ignoramus.

The genuflection to party loyalty that has spread like a rash in the past two weeks has more of the quality of a salute than a clear evaluation of the stakes. Some of Trump's supporters are exulting at recent polls showing a slight Trump lead, while scorning those who advised as recently as a few weeks ago that a Trump nomination could lead the Republican Party to a Barry Goldwater-type debacle. But one of the points the Never Trump people have always stressed is that there are two equally painful possible outcomes of a Trump nomination: He loses or he wins.

The Democrats remain the majority party in presidential contests, having won five of the past six popular votes. They begin with an average 247 to 196 Electoral Collage advantage. That said, Hillary Clinton may well be the only major political figure in the country who could possibly lose a general election to Trump. In fact, as two political scientists argue in The New York Times, Bernie Sanders' support seems to come chiefly not from socialist young people but from "disaffected white men." If white men turn out in droves for Trump in the general, it might affect the outcome. On the third hand, an analysis by Political Machination suggests that while Trump did bring out some new voters in the primaries, the newly minted Trump Republicans were too few in the states examined to make up the 2012 Mitt Romney deficit.

The Never Trump commitment is not a matter of being excessively fastidious or too good for this world. Recognizing the imperfection of politics and of life is part of being a grown-up.

Both Clinton and Trump would do damage to the nation. Both have demonstrated low character, an embrace of appalling policies (in some cases, the same policies!) and a capacity for dishonesty that rocks the Richter scale. But he is arguably even more dangerous than she. Both will abuse power and pursue execrable ends, but ...

If Clinton is president, a united Republican Party will oppose her. Assuming Republican control of the House, she will not be able to pass a single piece of liberal legislation. She may attempt -- as she has promised on the campaign trail -- to rule by executive order, in the manner of Barack Obama. If she does, there will be pushback by Republicans. Just this month, a federal judge ruled in favor of the House of Representatives in its suit against Obama's use of executive orders in the implementation of Obamacare. If she nominates terrible judges to the federal courts, a Republican Senate (assuming Republicans hold the Senate) could decline to confirm. If she attempts to reprise or even exceed the many arrogations of power Obama has attempted, Republicans will block her as best they can. It will be ugly, and Republicans will not always be successful.

If Donald Trump is president, by contrast, there will be no united opposition among Republicans. As we've seen in the past few weeks, the urge to bend the knee is very strong. How much more intense will it be if he sits in the Oval Office? Republicans will actively assist President Trump in undermining conservatism. From entitlements to trade to NATO to nuclear proliferation to universal health care to abortion, President Trump will get a free hand. He thus has it within his power to sabotage the whole conservative enterprise.

So, remaining Never Trump is not disloyal; it's the only way to safeguard conservative principles.

Why Democrats Think the 'Walls Are Closing In' on Trump...Again
Matt Vespa
'I Recommended Not Responding': VA School Accidentally Responds to Email from Reporter About Mask Mandate
Landon Mion
Rand Paul Tweets Out Asking If 'Snot-nosed Censors at YouTube Will Come to My Office and Kiss My …'
Rebecca Downs
Loudoun County Public Schools Remove Sexually Explicit Book from Library
Landon Mion
Michigan Dems Say Parents Shouldn’t Tell Schools What to Teach
Landon Mion
Here's the Interesting Tidbit About All Those Doctors Who Called Joe Rogan a Menace to Public Health
Matt Vespa