Mona Charen
|
Posted: Apr 08, 2016 12:01 AM
Share   Tweet
The opinions expressed by columnists are their own and do not necessarily represent the views of Townhall.com. 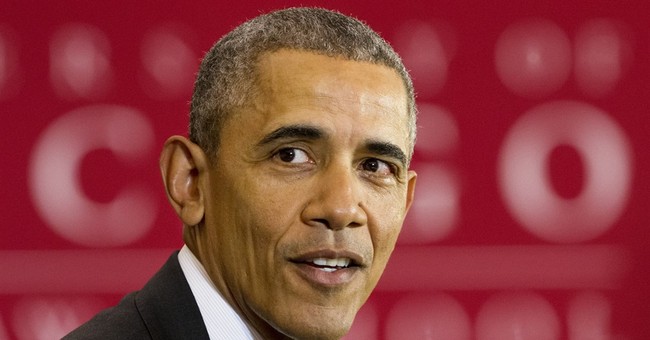 This is a year in which the multiple failures of the Obama years should be irresistible for Republican presidential candidates. Democrats, correspondingly, should be awkwardly sidestepping and tightrope walking to avoid a too-close association. Instead, partly due to the eccentric obsessions of Donald Trump, we've seen Republicans reprising debates about the wisdom of the Iraq War while ignoring the greatest foreign policy debacles of the Obama years. If the Iraq War was a mistake of over-engagement (and there is a good case that it wasn't), Syria illustrates the perils of under-engagement -- hundreds of thousands killed, a region destabilized, the metastasis of ISIS and the worst refugee crisis since World War II.

While Sen. Ted Cruz has spoken of "ripping up" the Iran agreement, repealing Obamacare and repairing our relations with Israel, it feels as if Obama's domestic record is getting short shrift.

In 2007 and 2008, Hillary Clinton and Barack Obama trained their fire on George W. Bush. Clinton decried "trickle-down economics without the trickle." The Constitution, Clinton claimed, was being "shredded." How? Savor this: "We know about ... the secret White House email accounts. It is a stunning record of secrecy and corruption." (Reality check: The Bush White House maintained a separate email account for Republican Party matters, not for official business.) Clinton running against secrecy and corruption would be like Clinton running against money in politics. Oh, wait.

Meanwhile, Obama condemned Bush as "unpatriotic" and "irresponsible" for increasing the national debt by $4 trillion, using a "credit card from the Bank of China."

Let's review: When President Obama assumed office, the national debt was $10.7 trillion. It is estimated that by the time he departs, the debt will have increased to $20 trillion. So by his own measure, is he more than twice as "unpatriotic" as his predecessor?

Under Obama, the labor force participation rate has fallen to its lowest level since the 1970s, and even accounting for retiring baby boomers, there are still millions of adults neither working nor looking for work. The number of food stamp recipients is up 45 percent on Obama's watch, and the disability rolls are up 14.3 percent. Among those receiving disability, 35 percent claim a mood disorder, and 27.7 percent cite musculoskeletal issues (mostly back pain).

Obama has put the private sector in a half nelson. More businesses are dying than being born. Business startups are the source of 20 percent of new job creation, according to the National Bureau of Economic Research. While a significant number of new businesses fail within five years, the successful ones tend to grow faster than older, established firms and thereby create more net new jobs.

The Obama administration has thrown sand in the gears of the U.S. economy through excessive regulation, taxes and restricting access to capital (see Dodd-Frank). Some 80 percent of small-business owners cite Washington policies for the poor climate. Under this administration, corporate taxes are the highest in the world. That suits the Democrats' concept of "fairness" -- yet when companies take the utterly foreseeable step of taking advantage of "inversions" to avoid these taxes, President Obama condemns the "loophole." Like Clinton and Sanders, Obama loves jobs but hates employers.

As for President Obama's signature accomplishment, the Affordable Care Act, nearly every promise he made regarding the law has proved false. Remember the assurance that health premiums for the average family would decline by $2,500? In fact, according to the Kaiser Family Foundation, since 2008, average family premiums have climbed a total of $4,865. The claim that "if you like your doctor, you can keep your doctor" has entered the lexicon of "lying for justice." What about the promise that the law would not add "one dime to the deficit" (never mind), or the breezy assurance that signing up on Healthcare.gov would be just like making air reservations on Kayak.com? In fact, the law has pushed many people out of private plans they were happy with (and paying for) and into the dysfunctional Medicaid system, while still leaving 30 million without coverage.

Then there's the felonious abuse of the IRS; the institutionalization of too-big-to-fail; the irresponsible release of terrorists from Guantanamo; widespread flouting of the rule of law; and assaults on religious liberty. There's much more. Remind me: Why are we talking about George W. Bush?