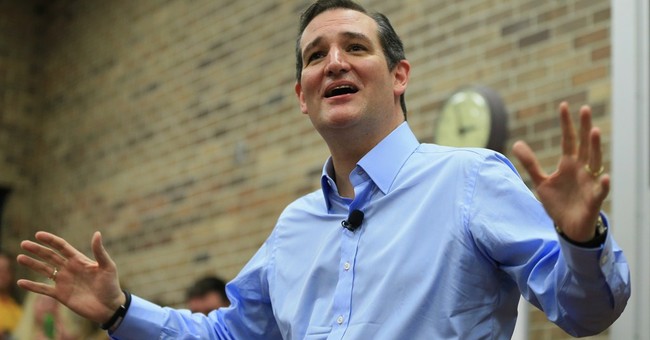 Trending
Carly Fiorina is articulate, thoughtful and accomplished. For those who keep track of such things, she was the first woman to lead a Fortune 50 business, and she ran a credible, if unsuccessful, campaign for a U.S. senate seat from California. In the early going of the race for the Republican presidential nomination, she is receiving enthusiastic responses from Republican audiences.

Though I've long been skeptical of non-politicians running for president of the United States, I'm open to the possibility that she has what it takes -- but only if the premise is that she is offering something besides estrogen. This is not a slam at Fiorina, but rather at the presumption out there that only Fiorina can really "take it to Hillary" because she's the only Republican candidate who needn't fear the charge of sexism.

If Republicans accept this gag rule, they are in trouble, because 18 of 19 or so possible nominees are burdened by testosterone.

Here's how Democrats prefer to arrange matters regarding women: They claim that nominating the first woman for president is a huge advance for all women, proving that women are just as competent as men. Yet they demand that their particular woman be insulated from the usual vigorous debate that is essential for democracy. Any criticism of Hillary Clinton is presumptive sexism, while her attacks on opponents are unrestricted. Neat trick if you can pull if off -- and she can if Republicans accept the bridle.

In a sense, Clinton has been using the victimized-woman angle for her whole political career. Her popularity soared during the Monica Lewinsky scandal, for example, when Americans sympathized with her for enduring her husband's satyriasis. In her 2000 Senate race, she was losing to Republican Rick Lazio until her campaign picked up on a moment in a debate when he crossed the stage to ask her to sign a pledge. As Mother Jones recounted:

"In the hours and days after the debate, Clinton's team worked mightily to turn this interaction to her advantage. Clinton aide Ann Lewis told the press that Lazio had 'spent much of the time being personally insulting.' Howard Wolfson, another veteran Clinton hand, said Lazio was 'menacing' to Clinton.

"'They saw this opportunity and they drove it and that's the clip that was on TV over and over again,' (Lazio said). The next day, media outlets began to embrace Wolfson's portrayal of Lazio as a sexist bully. ... Jon Stewart titled his segment on the debate 'Rodham 'N Creep.'"

In 2008, Clinton's comeback began when she seemed to be patronized by Barack Obama's "you're likeable enough" comment. Patti Solis Doyle, her campaign chairman, summed it up: "Whether it was during the Lewinsky scandal or whether it was when Lazio was bullying her, people seem to like (the) damsel-in-distress sort of thing, which is sad to me, but it helped her (as first lady) in '98, and it helped her in 2000 certainly."

There's a different standard for Republican women. South Carolina's Democratic gubernatorial candidate called Gov. Nikki Haley a "whore" without creating national outrage. And then there was the treatment meted out to Sarah Palin.

The American electorate signaled in 2014 that there are limits to its tolerance for "war on women" hooey. It failed miserably in Virginia, Iowa, Kentucky, Louisiana and elsewhere -- most spectacularly in Colorado, where former Sen. Mark Udall earned the moniker "Mark Uterus."

The best response to the charge of sexism is ridicule. Any female candidate who hides behind her own skirts to avoid robust debate is not striking a blow for equality or dignity. Rather than displaying fitness for the job of commander in chief, she's conveying her weakness and inability to compete. Any male candidate who pulls his punches is patronizing her. Anyone who takes her on (within the bounds of civility) is according her respect.

Fiorina, by the way, has answered any and all questions, including pointed accusations of poor business management, with calm confidence, while also displaying wide-ranging knowledge on a number of issues. She has challenged Clinton to "name an accomplishment" -- a tough but fair question, but then, Clinton is avoiding nearly all questions. Male Republicans, too, can comb her State Department and Senate careers for material without fear. She's asking to be taken seriously. Oblige her.